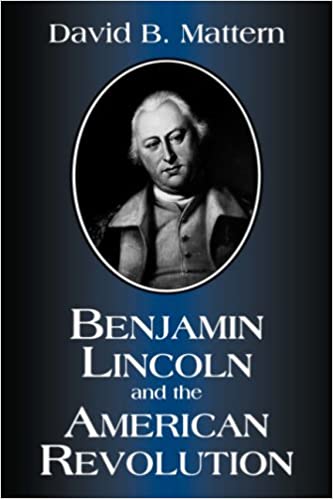 Benjamin Lincoln and the American Revolution

The first modern biography of an American Revolutionary War hero

In this definitive biography of one of America's most important but least known Revolutionary War generals, David B. Mattern tells the life story of Benjamin Lincoln, a prosperous farmer who left the comfort of his Massachusetts home to become a national hero in America's struggle for independence. Mattern's account of the citizen-soldier who served as George Washington's second-in-command at Yorktown and as secretary at war from 1781 to 1783 revisits the challenges, sacrifices, triumphs, and defeats that shaped Lincoln's evolution from affluent middle-aged family man to pillar of a dynamic republic. In addition to offering new insights into leadership during the Revolutionary period, Lincoln's life so mirrored his times that it provides an opportunity to tell the tale of the American Revolution in a fresh, compelling way.

"Mattern, in the first modern biography of Lincoln, has done a splendid job of establishing his place in the pantheon of heroes of the American Revolution."—Journal of American History

"This admirably documented, extensively researched, and clearly written book brings an insufficiently examined subject to light. Mattern has added a noteworthy dimension to the literature of the American Revolution."—Journal of Southern History

"Benjamin Lincoln is a fascinating figure. He now has a biography worthy of him."—William and Mary Quarterly

"Based on an impressive and comprehensive array of primary sources, this book will remain the standard biography of Benjamin Lincoln for many years to come."—Choice