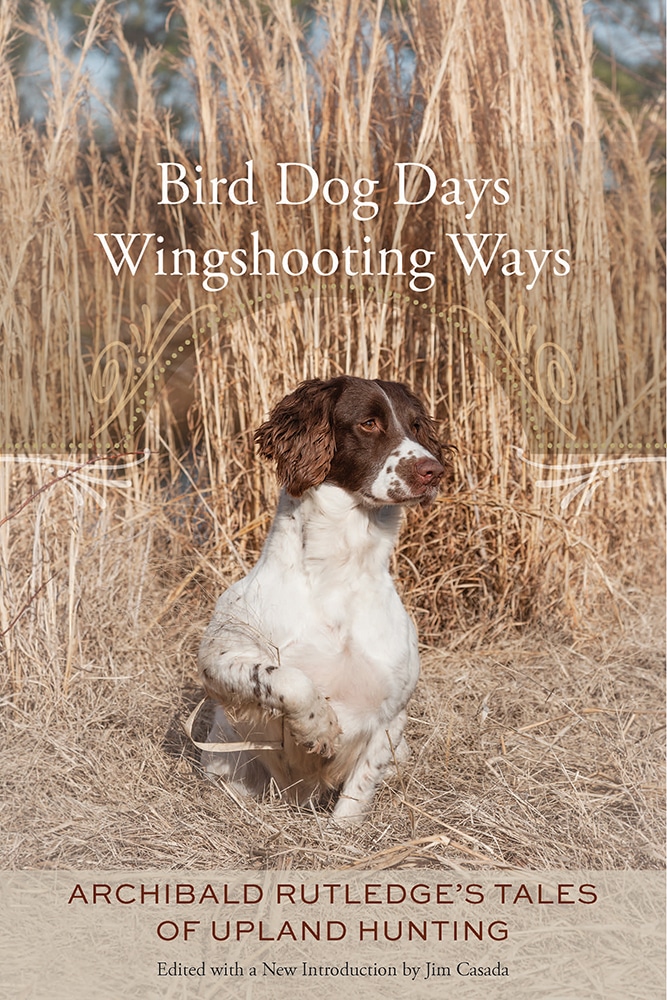 Archibald Rutledge has long been recognized as one of the finest sporting scribes this country has ever produced. A prolific writer who specialized in stories on nature and hunting, over the course of a long and prolific career Rutledge produced more than fifty books of poetry and prose, held the position of South Carolina's poet laureate for thirty-three years, and garnered numerous honorary degrees and prizes for his writings. In this revised and expanded edition of Bird Dog Days, Wingshooting Ways, noted outdoor writer Jim Casada draws together Rutledge's stories on the southern heartland, deer hunting, turkey hunting, and Carolina Christmas hunts and traditions.

This collection, first published in 1998, turns to Rutledge's writings on two subjects near and dear to his heart that he understood with an intimacy growing out of a lifetime of experience—upland bird hunting and hunting dogs. Its contents range from delightful tales of quail and grouse hunts to pieces on special dogs and some of their traits. Bird Dog Days, Wingshooting Ways also includes a long fictional piece, "The Odyssey of Bolio," which shows that Rutledge's literary mastery extended beyond simple tales for outdoorsmen.


Jim Casada is a retired Winthrop University history professor who has written on outdoor-related subjects for some four decades. Over the course of his career, he has won more than 170 excellence-in-craft awards from regional and national organizations. The editor at large for Sporting Classics magazine, he writes columns for two newspapers and contributes regularly to outdoor magazines. Casada is the editor and compiler of eighteen anthologies, including four that feature Archibald Rutledge. He is the author of nineteen original books and more than five thousand magazine and newspaper articles. Casada is currently working on a biography of Rutledge and writing a trilogy of books, "Portals of Paradise," covering the people, places, and perspectives on his boyhood homeland in western North Carolina.

"Bird Dog Days, Wingshooting Ways takes readers back to a grand time in American sporting life. Archibald Rutledge's tales of pointing dogs and bird hunting and Jim Casada's artful editing and comments truly capture the soul of the subject. This book will be a treasured addition to any sportsman's library."—Wade Bourne

"Archibald Rutledge is truly one of the all-time great dog writers, and Bird Dog Days, Wingshooting Ways brings to light some of his earliest and best works. Many of the stories assembled here are from the 30s, 40s, and 50s, and are told with such depth and detail that you'll be taken back to those simpler times afield. This is a must-read collection."—Hunting magazine

"Jim Casada has compiled and edited a wonderful collection of writing from Archibald Rutledge [that] captures . . . his years pursuing grouse in Pennsylvania's Allegheny Mountains . . . and his quail hunting in and around his beloved Hampton Plantation."—Gray's Sporting Journal

"Although Jim Casada often refers to Archibald Rutledge as the 'master of twice-told tales,' Casada himself surely must be the master of knowing which tales are worth retelling. In this collection of bird-dog stories reprinted from Rutledge's archive, Casada offers a glimmer of hope for the game birds, and the bird hunters who pursue them, that a new generation, one that sadly had to grow up without the sweet whistle of bobwhites in the spring, will be inspired by these stories of bird hunting days at their best."—Joey Frazier, editor, South Carolina Wildlife magazine

"As a Yankee who's been making hunting forays into the Southeast just the last decade, I enjoy Archibald Rutledge's insight into the rich world of Dixie's hunting culture and his unique, old-world diction. My friend Jim Casada makes the experience of reading Rutledge that much more enjoyable and understandable with his insightful introductions to each tale."—Mark Herwig, editor, Pheasants Forever and Quail Forever magazines