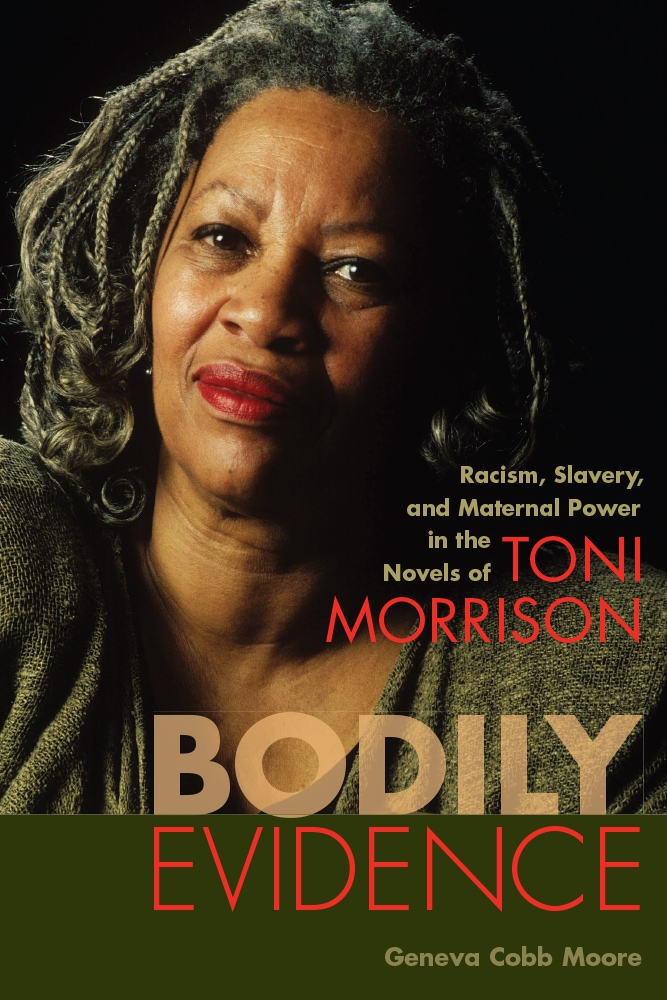 Racism, Slavery, and Maternal Power in the Novels of Toni Morrison

The first African American to win the Nobel Prize in Literature, Toni Morrison is one of the most celebrated women writers in the world. In Bodily Evidence: Racism, Slavery, and Maternal Power in the Novels of Toni Morrison, Geneva Cobb Moore explores how Morrison uses parody and pastiche, semiotics and metaphors, and allegory to portray black life in the United States, teaching untaught history to liberate Americans.

In this short and accessible book, originally published as part of Moore's Maternal Metaphors of Power in African American Women's Literature, she covers each of Morrison's novels, from The Bluest Eye to Beloved to God Help the Child. With a new introduction and added coverage of Morrison's final book, The Source of Self-Regard: Selected Essays, Speeches, and Meditations, Bodily Evidence is essential reading for scholars, students, and readers of Morrison's novels.

Geneva Cobb Moore is a professor of English, women's and gender studies, and race and ethnic studies at the University of Wisconsin-Whitewater. She is a former Fulbright scholar at the University of Ghana in West Africa and has received grants and awards from the Andrew W. Mellon Foundation and the National Endowment for the Humanities. She has published articles on Phillis Wheatley, Harriet Jacobs, Charlotte Forten Grimké, Zora Neale Hurston, Toni Morrison, Alice Walker, and other writers. An adviser to Gale's Literature of Autobiographical Narrative, Moore has been a reviewer for Auto/Biography Studies.

"Through the canvas of female bodies, Moore investigates how Morrison uses maternal power and representation to not only expose the racial inequities, violence, and oppression of Black bodies throughout United States history; but also how the trauma endured become physical representations of power, hope, and healing... Meticulously researched and documented, Moore has given us a detailed roadmap to not only better understand Morrison as an author, but also an activist and unflinching historian of America's dark and often whitewashed past."—South Carolina Libraries