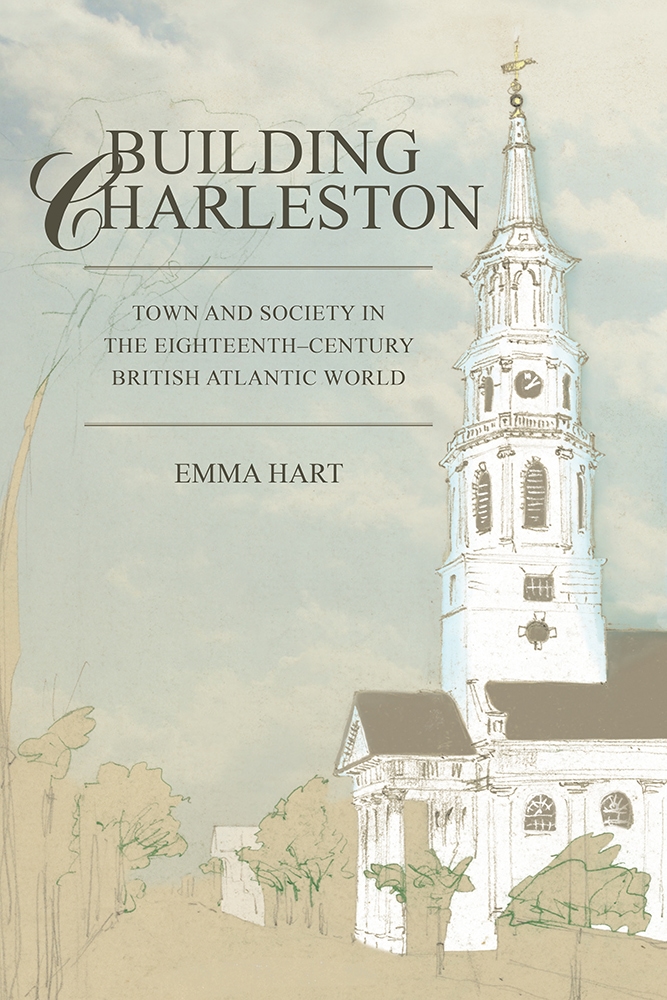 Town and Society in the Eighteenth-century British Atlantic World

Charleston, South Carolina, was the largest city in the American South in the colonial era. From 1700 to 1775 its growth rate was exceeded in the New World only by that of Philadelphia. The first comprehensive study of this crucial colonial center, Building Charleston charts the rise of one of early America's great cities, revealing its importance to the evolution of both South Carolina and the British Atlantic world during the eighteenth century.

In many of the southern colonies, plantation agriculture was the sole source of prosperity, shaping the destiny of nearly all inhabitants, both free and enslaved. The insistence of South Carolina's founders on the creation of towns, however, meant that this colony, unlike its counterparts, was also shaped by the imperatives of urban society. In this respect South Carolina followed developments in the rest of the eighteenth-century British Atlantic world, where towns were growing rapidly in size and influence. At the vanguard of change, burgeoning urban spaces across the British Atlantic ushered in industrial development, consumerism, social restructuring, and a new era in political life. Charleston proved no less an engine of change for the colonial lowcountry, promoting early industrialization and forging an ambitious middle class, a consumer society, and a vigorous political scene.

Bringing these previously neglected aspects of early South Carolinian society to our attention, Emma Hart challenges the popular image of the prerevolutionary South as a society completely shaped by staple agriculture. Moreover, Building Charleston places the colonial American town, for the first time, at the very heart of a transatlantic process of urban development.


Emma Hart is a lecturer in the Department of Modern History at the University of St. Andrews, Scotland.

"Building Charleston deserves a well-earned place on the urban historians' bookshelf. . . . Stands as an important contribution to the history of eighteenth-century Atlantic urbanism."—Journal of American History

"Breaks new ground in its convincing treatment of the importance of Charleston and its middle class in colonial southern life. Never again will we casually take Virginia as the ne plus ultra of the prerevolutionary South."—Journal of Southern History

"Emma Hart's Building Charleston is an intriguing and important book that significantly advances our understanding of colonial Charleston and, more importantly, will force scholars to rethink the study of early American urban history."—South Carolina Historical Magazine

"Hart's new study of Charleston refocuses our scholarly attention about the South from countryside to city, from planters to urban residents before the 1780s. . . . Hart provides a powerful descriptive narrative about Charleston and the variety of people shaping the city's character—economically, culturally, politically—and places this narrative into an equally strong comparative transatlantic British urban context."—Cathy Matson, University of Delaware, author of The American Experiment: A History of the United States