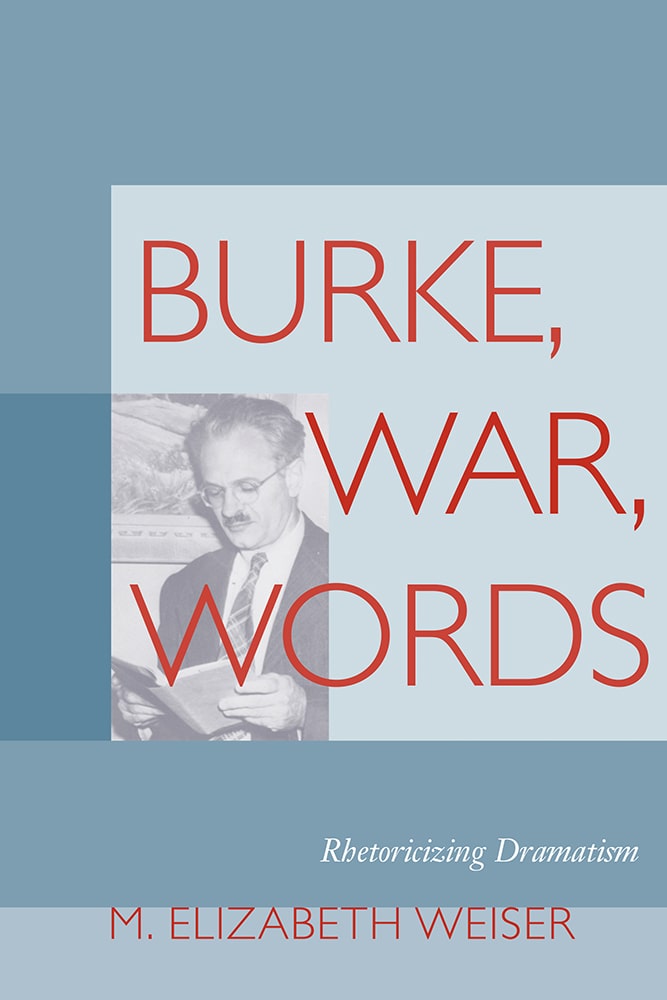 In Burke, War, Words, M. Elizabeth Weiser reinserts Kenneth Burke's theory of dramatism into the social milieu from which it originated, fostering a new understanding of how this concept of motivation was itself motivated by war and criticism. Weiser's model of a new approach to historiography contextualizes

Dramatism was a direct response to the global crisis wrought by World War II and to Burke's then-ongoing debates with New Critics, sociolinguists, political activists, and government propagandists over the role of language and communication to affect the world. Central to Burke's germinal volume A Grammar of Motives, dramatism was a call to action advocating informed social dialogue at a time when an allied victory seemed dependent instead on rallying behind a single strong voice in a unity not unlike that mandated by fascism itself. Weiser contends that Burke conceived dramatism as an alternative to New Criticism and as a blueprint for a dialectical resolution that was an antifascist rhetorical response to war.

Weiser draws from published and unpublished communications between Burke and the diverse and divergent literati of his era as well as from Burke's scholarly, political, and even poetic writings of the time. From this context she is able to map the complex arc of formulating A Grammar of Motives in Burke's larger wartime discourse. For Weiser establishing the origins of dramatism offers a model for enhancing our understanding of other rhetorical theories as well as a specific renewal of purpose for dramatism as an action-oriented tool to engage intellectuals in our conflicted age as Burke had envisioned in his.


M. Elizabeth Weiser is an assistant professor of English at the Ohio State University at Newark, where she teaches rhetorical theory, style, argument, and literary publishing. An editor of the KB Journal, her writing on Burke has received awards from Rhetoric Review and the Kenneth Burke Society.