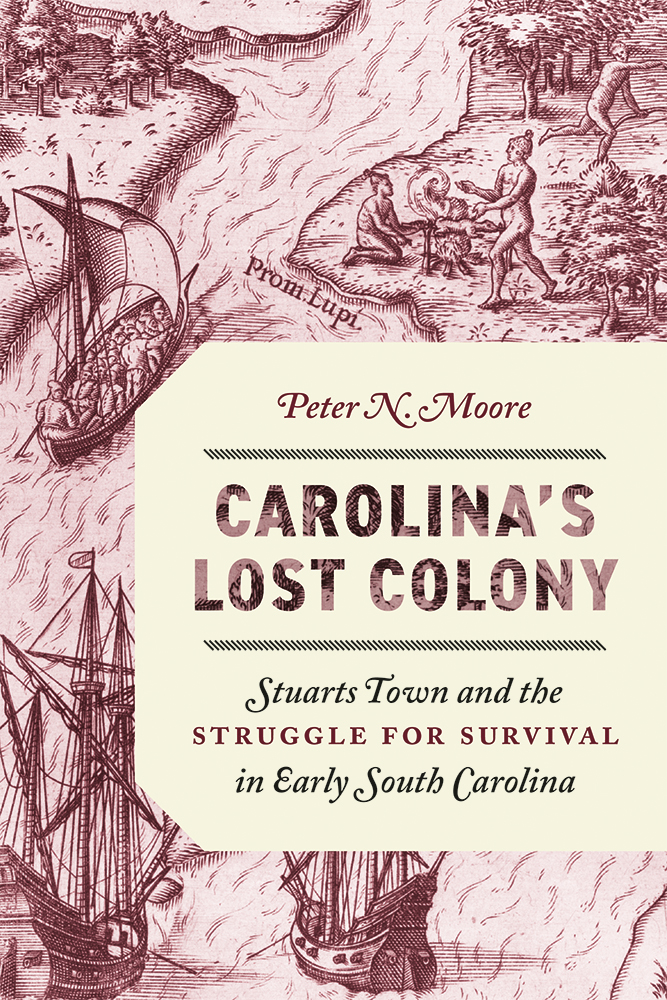 Stuarts Town and the Struggle for Survival in Early South Carolina

An examination of the dual Scottish-Yamasee colonization of Port Royal

Those interested in the early colonial history of South Carolina and the southeastern borderlands will find much to discover in Carolina's Lost Colony in which historian Peter N. Moore examines the dual colonization of Port Royal at the end of the seventeenth century. From the east came Scottish Covenanters, who established the small outpost of Stuarts Town. Meanwhile, the Yamasee arrived from the south and west. These European and Indigenous colonizers made common cause as they sought to rival the English settlement of Charles Town to the north and the Spanish settlement of St. Augustine to the south. Also present were smaller Indigenous communities that had long populated the Atlantic sea islands. It is a global story whose particulars played out along a small piece of the Carolina coast.

Religious idealism and commercial realities came to a head as the Scottish settlers made informal alliances with the Yamasee and helped to reinvigorate the Indian slave trade—setting in motion a series of events that transformed the region into a powder keg of colonial ambitions, unleashing a chain of hostilities, realignments, displacement, and destruction that forever altered the region.


Peter N. Moore is professor of history, Texas A&M University–Corpus Christi, and the author of World of Toil and Strife: Community Change in Backcountry South Carolina, 1750–1805 and Archibald Simpson's Unpeaceable Kingdom: The Ordeal of Evangelicalism in the Colonial South.

"An engagingly written book on a neglected subject: the nearly simultaneous settlement of the Port Royal region by first the Yamasees and then Scots. The author makes a big argument: that it was the partnering of the Yamasees and Scots in the 1685 assault on the Timucua town of Afuica that reignited the commercial enslavement of Indians out of South Carolina . . . Although other scholars discuss these events, [Moore's] book is the first to focus squarely on this subject."—Denise I. Bossy, associate professor, University of North Florida