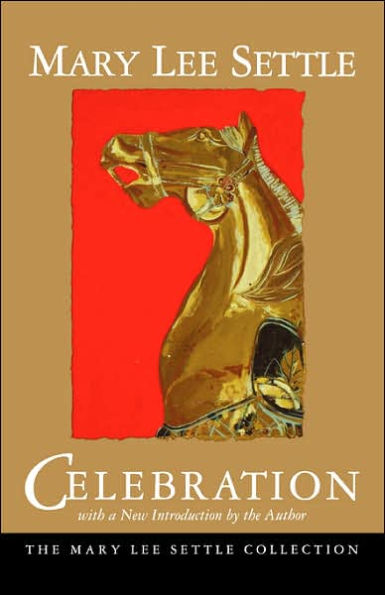 Celebration chronicles the love story of a widowed American anthropologist and a Scottish geologist as well as the intertwining tales of the couple's eccentric circle of friends, which include a homosexual English aristocrat, a gargantuan African Jesuit, an editor of pornographic literature, and an overzealous CIA agent. Despite the fact that these characters live in the most murderous of centuries and have all reckoned with death in some intimate fashion, they choose to celebrate life over death.

Set in 1969, this joyful novel ends with a wedding, a funeral, and a celebration—all in London, though the celebrants hail from around the globe. Together they view the twentieth century's strangest event—the landing on the moon—a happening which seems to presage an even more displaced future.

Mary Lee Settle's major work is The Beulah Quintet, and her Blood Tie was the winner of the National Book Award. Settle has received an Award for Literature from the American Academy and Institute of Arts and Letters, and awards from the Southern Regional Council, the Guggenheim Foundation, and the Merrill Foundation. She is the founder of the PEN/Faulkner Award for Fiction. The author, most recently, of Choices, Settle's backlist is published with new introductions by the author by the University of South Carolina Press. She lives in Charlottesville, Virginia.