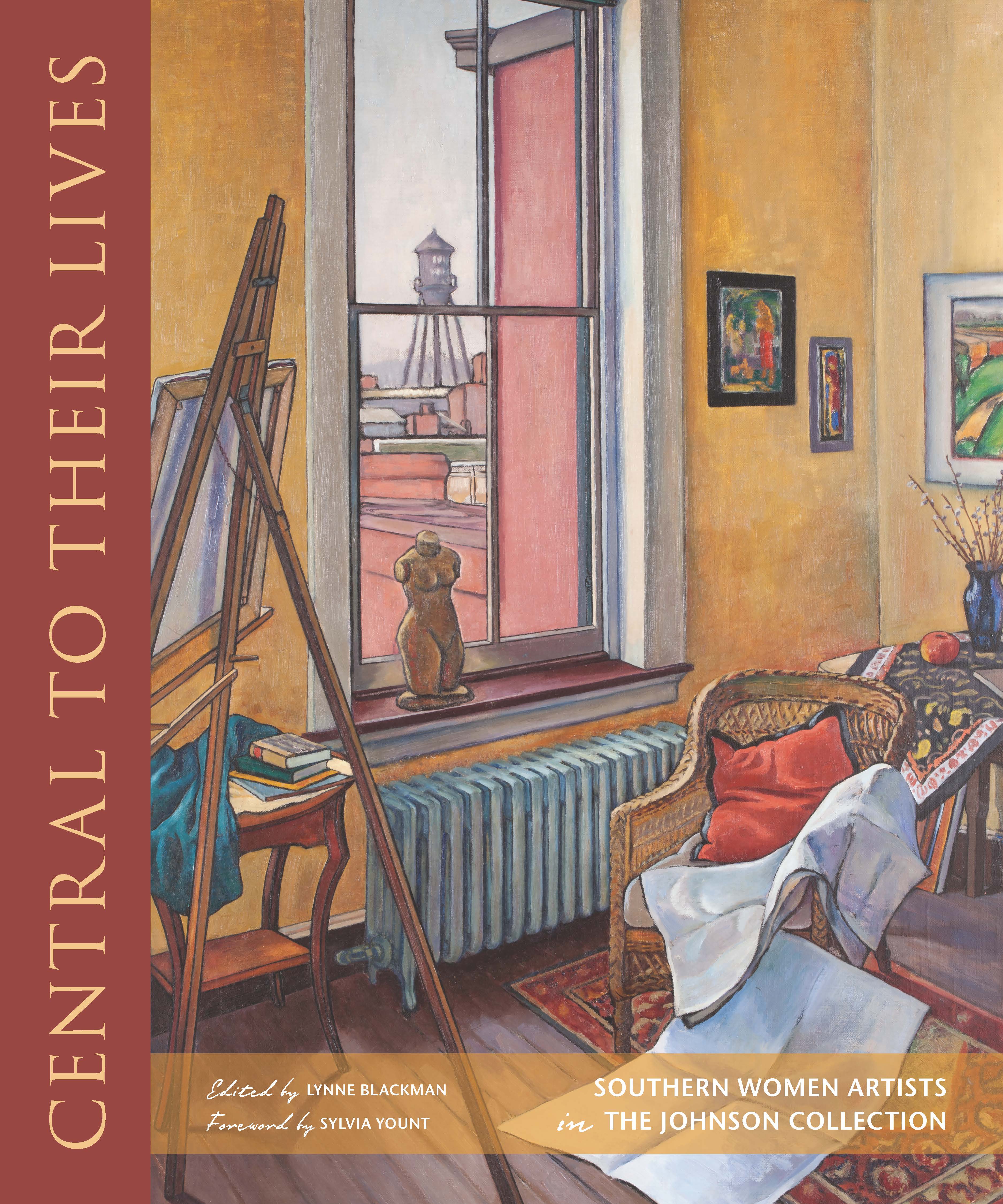 Central to Their Lives

Looking back at her lengthy career just four years before her death, modernist painter Nell Blaine said, "Art is central to my life. Not being able to make or see art would be a major deprivation." The Virginia native's creative path began early, and, during the course of her life, she overcame significant barriers in her quest to make and even see art, including serious vision problems, polio, and paralysis. And then there was her gender. In 1957 Blaine was hailed by Life magazine as someone to watch, profiled alongside four other emerging painters whom the journalist praised "not as notable women artists but as notable artists who happen to be women."

In Central to Their Lives, twenty-six noted art historians offer scholarly insight into the achievements of female artists working in and inspired by the American South. Spanning the decades between the late 1890s and early 1960s, this volume examines the complex challenges these artists faced in a traditionally conservative region during a period in which women's social, cultural, and political roles were being redefined and reinterpreted.

The presentation—and its companion exhibition—features artists from all of the Southern states, including Dusti Bongé, Anne Goldthwaite, Anna Hyatt Huntington, Ida Kohlmeyer, Loïs Mailou Jones, Alma Thomas, and Helen Turner. These essays examine how the variables of historical gender norms, educational barriers, race, regionalism, sisterhood, suffrage, and modernism mitigated and motivated these women who were seeking expression on canvas or in clay. Whether working from studio space, in spare rooms at home, or on the world stage, these artists made remarkable contributions to the art world while fostering future generations of artists through instruction, incorporating new aesthetics into the fine arts, and challenging the status quo.

Sylvia Yount, the Lawrence A. Fleischman Curator in Charge of the American Wing at the Metropolitan Museum of Art, provides a foreword to the volume.


Lynne Blackman is the director of communications for the Johnson Collection.

The Johnson Collection has been hailed by the Magazine Antiques for its work illuminating the rich history and diverse cultures of the American South. With holdings that offer an extensive survey of artistic activity from the late eighteenth century to the present day, the collection advances interest in the dynamic role that the art of the South plays in the larger context of American art and contributes to the canon of art historical study. Located in Spartanburg, South Carolina, the Johnson Collection is a recipient of the Elizabeth O'Neill Verner Award for the Arts, South Carolina's highest honor in the field.

"A choir of female voices sings out in Central to Their Lives, conducted by a private collector- choirmaster dedicated to recovering the lives and art made by women in the American South. Their stories are ably told by a variety of scholars who collectively contribute to an ongoing effort to reconstruct the region's art history—its women practitioners, art schools, teachers, and museums."—Wanda M. Corn, Robert and Ruth Halperin Professor Emerita in Art History, Stanford University

"Central to Their Lives marks a turning point in the history of Southern art. One of its appendices, the "Directory of Southern Women Artists" alone makes the volume necessary, even indispensable, for anyone studying the region and its place in the nation's visual culture. But this work achieves so much more: no longer will it be possible to ignore, to neglect, or to co-opt the artistry of women or to spurn the region as a cultural wasteland. Hereafter, the South, with its glories and imperfections, is no longer the province of a sole gender."—William Underwood Eiland, director, Georgia Museum of Art