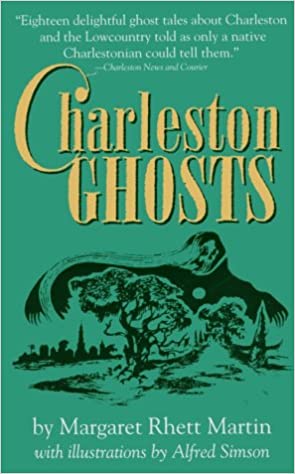 Charleston, South Carolina, famous for its magnolia and azalea gardens, its "Battery," and its key role in early American history, has, naturally enough, its share of ghosts. They stalk the halls of town houses once famous for gracious living and romance; they inhabit lonely stretches of moss-draped road and deserted gardens on the sites of old plantations outside the city.

The late Margaret Rhett Martin attended the Misses Sass School for Girls in Charleston and later continued her education at Converse College and at the Corcoran Art Gallery in Washington, D.C. She had a remarkably keen eye for the dramatic situation, and her lifelong fascination with South Carolina history enabled her to focus her talents in the writing of Charleston Ghosts.

"Just as all who come to Charleston should know the stories of the founding fathers, Fort Sumter, the city's earthquakes and fires, so too, should the legends of Charleston's ghosts be known."—Charleston Evening Post