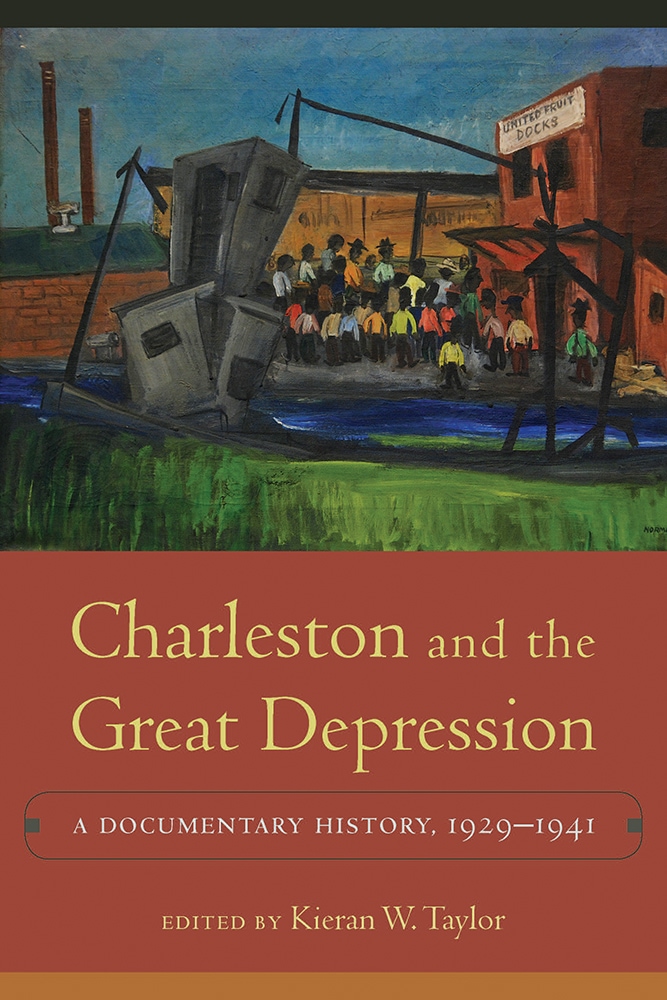 Charleston and the Great Depression

Charleston and the Great Depression tells many stories of the city during the 1930s—an era of tremendous want, hope, and change—through a collection of forty annotated primary documents. Included are letters, personal accounts, organizational reports, meeting minutes, speeches, photographs, oral history excerpts, and trial transcripts. Together they reveal the various ways in which ordinary lowcountry residents—largely excluded from formal politics—responded to the era's economic and social crises and made for themselves a "New Deal."

Arranged in chronological order, the documents include Mayor Burnet R. Maybank's 1931 inaugural address, in which the thirty-two-year-old merchant-turned-politician warned grimly of worsening hardship; the trial testimony of Benjamin Rivers, an African American worker executed by the state after being convicted of murdering a Charleston police officer; horror writer H. P. Lovecraft's detailed walking tour of the city, in which the visiting New Englander painted a fascinating but romanticized portrait of Charleston that somehow managed to overlook the adversities facing the local population; and Susan Hamilton's powerful and contradictory memories of her enslavement, gathered as part of the Federal Writers Project.

The Great Depression was an era of economic crises and political change but was also a period of great hope and possibility as Americans from across the political spectrum persevered through hard times, driven by the conviction that government power could and should be used to alleviate suffering and create opportunities to better people's lives. These documents capture the voices of diverse Charleston residents—from farmers and dockworkers to students, ministers, public officials, and social workers—as they struggled and strove for a better city and a better country.


Kieran W. Taylor is an associate professor of history at the Citadel and director of its Oral History Program. A specialist in twentieth-century U.S., labor, African American, and oral history, he is the coeditor of American Labor and the Cold War and of volumes 4 and 5 of The Papers of Martin Luther King, Jr.

"Kieran Taylor's book is an important lesson in the vagaries of history. Through official documents, priceless memories, and timely interviews, Taylor and his colleagues have shown the current generation of buoyant Charlestonians that prosperity has not always been 'necessarily so' in the Holy City. In 1931, Mayor Burnett Maybank declared Charleston to be 'dead broke.' This book is an important reminder of the poverty from which modern South Carolina arose."—Lawrence S. Rowland, distinguished professor emeritus, University of South Carolina, Beaufort