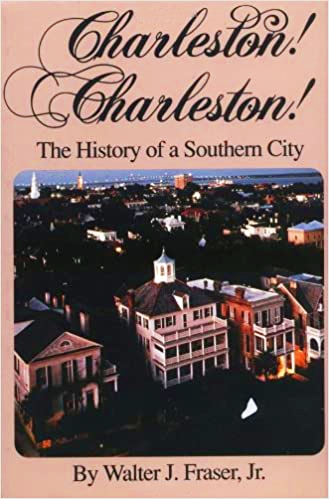 The History of a Southern City

Often called the most "Southern" of Southern cities, Charleston was one of the earliest urban centers in North America. It quickly became a boisterous, brawling sea city trading with distant ports, and later a capital of the Lowcountry plantations, a Southern cultural oasis, and a summer home for planters. In this city, the Civil War began. And now, in the twentieth century, its metropolitan area has evolved into a microcosm of "the military-industrial complex."

This book records Charleston's development from 1670 and ends with an afterword on the effects of Hurricane Hugo in 1989, drawing with special care on information from every facet of the city's life—its people and institutions; its art and architecture; its recreational, social and intellectual life; its politics and city government.

The most complete social, political, and cultural history of Charleston, this book is a treasure chest for historians and for anyone interested in delving into this lovely city, layer by layer.


Walter J. Fraser, Jr., is professor of history and chair of the history department at Georgia Southern University. Author of Charleston! Charleston!: A History of a Southern City, Fraser has coedited three books and published articles and reviews in publications such as Journal of American History, Journal of Southern History, South Carolina Historical Magazine, and Georgia Historical Quarterly.

". . . not only the first genuinely inclusive history of the city ever written, but, indeed, perhaps the very best single-volume history of a Southern city anywhere. . . . Walter Fraser's history lays it all out, the full story, from the Indian wars to the devastation of Hurricane Hugo, from slavery and secession to Spoleto.... Can the history of any other American city offer so resplendently dramatic an enactment of the national experience?"—Louis D. Rubin, Jr., Mississippi Quarterly

"This is about as comprehensive a picture of colorful Charleston as we are likely to get for some time."—Library Journal

"Walter Fraser's book is a gem, and one that will be around a long time."—The Charlotte Observer

"Charleston! Charleston! will stand for a long time as the standard history of the city and should inspire similar attempts to tell the story of American history through other detailed surveys of urban life."—Atlanta History