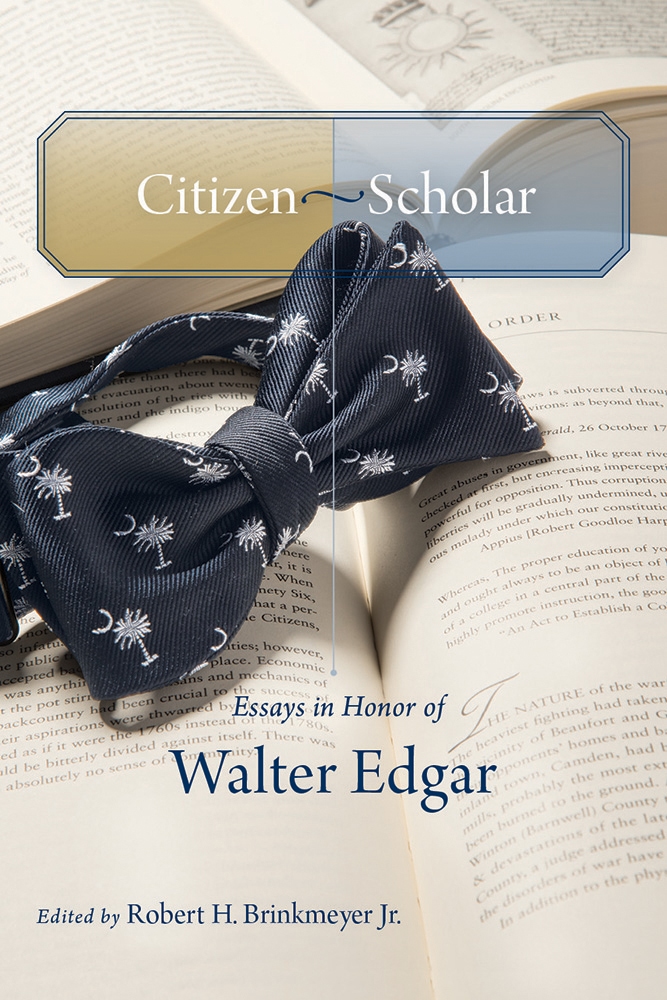 Essays in Honor of Walter Edgar

The first section of Citizen-Scholar features personal essays about Edgar and his legacy from author and historian Winston Groom, USC vice president Mary Anne Fitzpatrick, USC president Harris Pastides, and historian Mark M. Smith. The essays that follow are written by some of the nation's most renowned scholars of southern history and culture including Charles Joyner, Andrew H. Myers, Barbara L. Bellows, John M. Sherrer III, Orville Vernon Burton, Bernard E. Powers Jr., Peter A. Coclanis, John McCardell, James C. Cobb, Amy Thompson McCandless, and Lacy K. Ford, Jr. The second section of the collection includes essays spanning a range of regional, national, and international topics, all associated with Edgar's research. These essays were written as a tribute to Edgar, both as a historian and as a public scholar, a man actively involved in his profession as well as in his community, both locally and statewide.


Robert H. Brinkmeyer, Jr., director of the Institute for Southern Studies at the University of South Carolina, is the Emily Brown Jefferies Professor of English and Claude Henry Neuffer Professor of Southern Studies. A scholar of modern and contemporary Southern literature, he has published five books in the field, most recently the award-winning The Fourth Ghost: White Southern Writers and European Fascism, 1930–1950.

"This collection of essays reflects well the breadth of Edgar's scholarly reach, and several of its authors pay personal tribute to his role as academic colleague or mentor."—H-Net Reviews: H-SC

"Walter Edgar has become synonymous with South Carolina history. The breadth and depth of the essays in this volume, covering the rich political, social, military, and cultural history of the state, from the colonial period to the twenty-first century, attest to Edgar's reach and influence. As a teacher, mentor, colleague, and public intellectual, Edgar has forever shaped our understanding of this fascinating region. His legacy is, quite simply, remarkable."—Kari Frederickson, University of Alabama, author of Cold War Dixie: Militarization and Modernization in the American South

"As a longtime Walter Edgar fan, I love this collection of essays in his honor. Each one is a gem, and together they prove that Walter's enthusiasm and curiosity are infectious. The whole great miscellany of southern history and culture is his realm."—Josephine Humphreys, author of Nowhere Else on Earth

"Citizen-Scholar is a worthy tribute to South Carolina's most public historian. These varied and original essays, by some of the most distinguished scholars of southern history and literature, are not only a tribute to Walter Edgar's exceptional career, but also a fascinating read for all South Carolinians."—Lawrence S. Rowland, Distinguished Professor Emeritus, University of South Carolina Beaufort