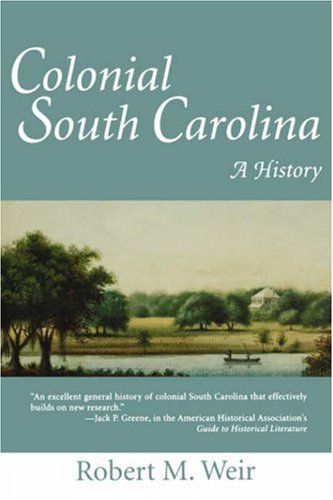 In this modern and complete history, Robert Weir explicates the apparent paradoxes that defined colonial South Carolina. In doing so he offers provocative observations about its ascension to the pinnacle of mid-eighteenth-century prosperity, escalating racial tension, struggles for political control, and push toward revolution.

"Weir's work on colonial South Carolina is clearly a masterpiece—not only in the sense of being a comprehensive overview but as the mature reflections of a thoughtful and knowledgeable scholar."—Journal of Southern History

"This beautifully written volume will undoubtedly be the standard work on colonial South Carolina for years to come."—William and Mary Quarterly