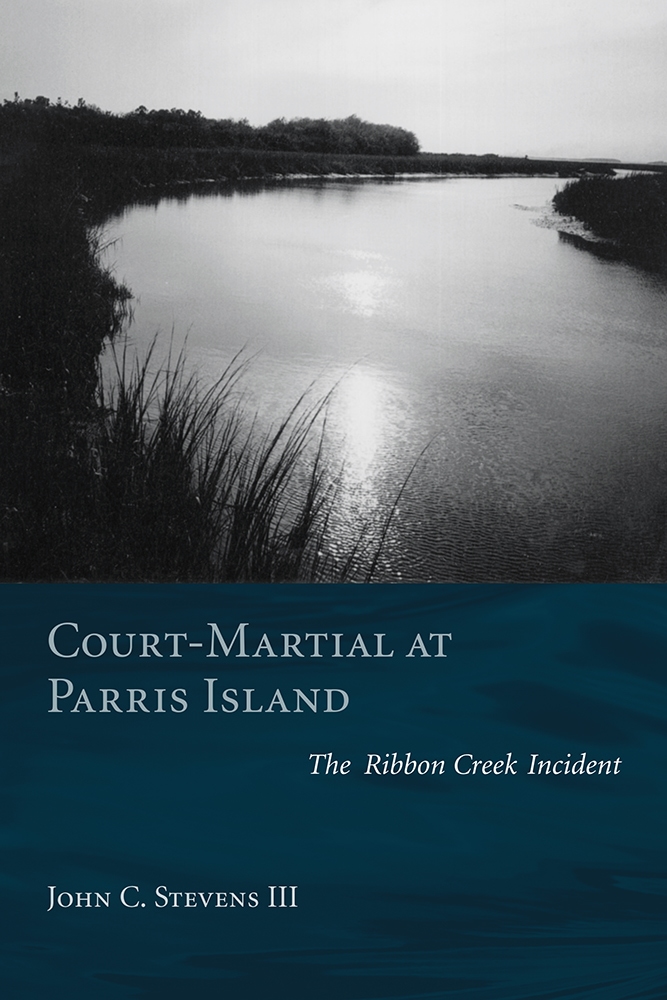 The definitive account of a tragic episode in U.S. Marine Corps history and its aftermath

On the night of April 8, 1956, marine drill instructor Matthew McKeon led Platoon 71 on a forced march through the backwaters of Parris Island in an effort to restore flagging discipline. Unexpectedly strong currents in Ribbon Creek and an ensuing panic led to the drowning of six recruits. The tragedy of Ribbon Creek and the court-martial of Staff Sergeant McKeon became the subject of sensational national media coverage and put the future of the U.S. Marine Corps in jeopardy.

In this definitive account of the Ribbon Creek incident former marine and experienced trial lawyer and judge John C. Stevens III examines the events of that night, the men of Platoon 71, and the fate of Sergeant McKeon. Drawing on personal interviews with key participants and his own extensive courtroom experience, Stevens balances the human side of this story with insights into the court proceedings and the tactics of the prosecution and defense attorney Emile Zola Berman. The resulting narrative is a richly developed account of a horrific episode in American military history and of the complex characters at the heart of this cautionary tale.


John C. Stevens III, a retired Massachusetts trial court judge, was a practicing attorney for more than twenty-five years. Judge Stevens is a graduate of Brown University and Suffolk University Law School and a contributing author for the Massachusetts Family Law Manual. He spent the summer of 1957 as a Parris Island recruit and experienced firsthand the aftermath of the Ribbon Creek drownings and the McKeon court-martial. He lives in Beaufort, South Carolina.

"It's hard to imagine a more qualified guide to the Ribbon Creek story. . . . At each point in the narrative, the author carefully explains the military background, legal relevance, and public relations significance of statements, events, and decisions. . . . The effort is so convincing that this work will certainly be the definitive statement on the facts of Ribbon Creek."—Armed Forces and Society

"[A] fascinating look at the episode."—Boston Sunday Herald

"Court-Martial at Parris Island has the brisk suspense of a John Grisham thriller with characters even more enthralling."—Wilmington (N.C.) Sunday Star-News

"Court-Martial at Parris Island carefully sets the record straight, for the first time. . . . The clash of personalities, the courtroom drama, and the issues make for fascinating reading as deftly and concisely reconstructed by Stevens."—Columbia State