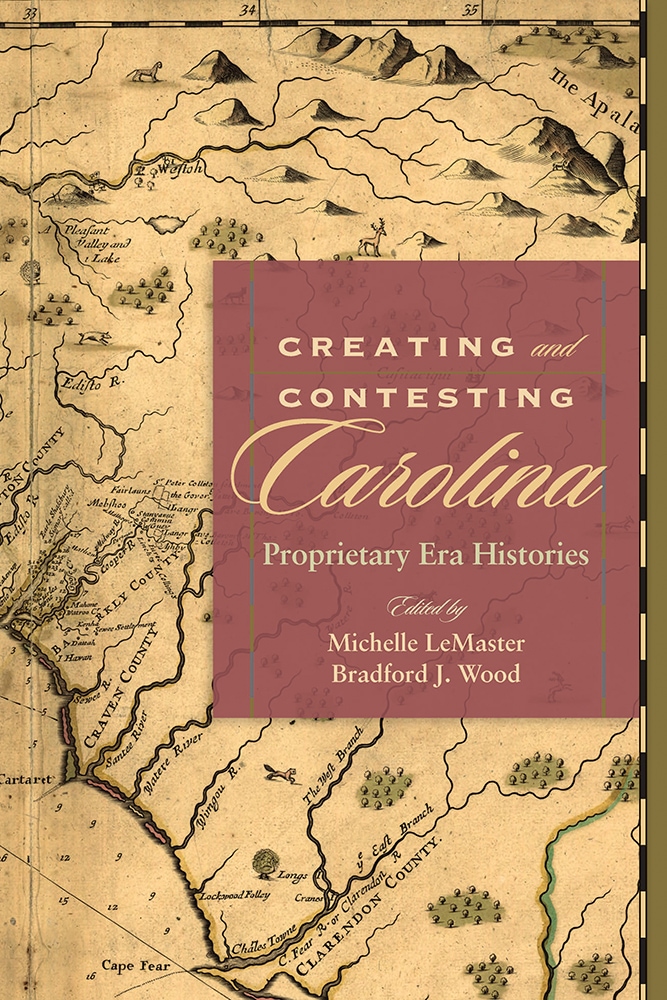 The essays in Creating and Contesting Carolina shed new light on how the various peoples of the Carolinas responded to the tumultuous changes shaping the geographic space that the British called Carolina during the Proprietary period (1663-1719). In doing so, the essays focus attention on some of the most important and dramatic watersheds in the history of British colonization in the New World.

These years brought challenging and dramatic changes to the region, such as the violent warfare between British and Native Americans or British and Spanish, the no-less dramatic development of the plantation system, and the decline of proprietary authority. All involved contestation, whether through violence or debate. The very idea of a place called Carolina was challenged by Native Americans, and many colonists and metropolitan authorities differed in their visions for Carolina. The stakes were high in these contests because they occurred in an early American world often characterized by brutal warfare, rigid hierarchies, enslavement, cultural dislocation, and transoceanic struggles for power.

While Native Americans and colonists shed each other's blood to define the territory on their terms, colonists and officials built their own version of Carolina on paper and in the discourse of early modern empires. But new tensions also provided a powerful incentive for political and economic creativity. The peoples of the early Carolinas reimagined places, reconceptualized cultures, realigned their loyalties, and adapted in a wide variety of ways to the New World.

Three major groups of peoples—European colonists, Native Americans, and enslaved Africans—shared these experiences of change in the Carolinas, but their histories have usually been written separately. These disparate but closely related strands of scholarship must be connected to make the early Carolinas intelligible. Creating and Contesting Carolina brings together work relating to all three groups in this unique collection.


Michelle LeMaster is an associate professor of history at Lehigh University. She is the author of Brothers Born of One Mother: British–Native American Relations in the Colonial Southeast.

Bradford J. Wood is a professor of history at Eastern Kentucky University and the author of This Remote Part of the World: Regional Formation in Lower Cape Fear, North Carolina, 1725–1775. He is also the editor of the letters of merchant and planter James Murray.

". . . a valuable addition to the scholarly dialogue on early Carolina."—South Carolina Historical Magazine

"Michelle LeMaster, Bradford J. Wood, and the essayists they have gathered together in this volume have made a distinctive contribution to the historiographies on early America and the Atlantic World. The book will be essential reading for all future scholars of the Carolinas."—Joyce E. Chaplin, James Duncan Phillips Professor of Early American History, Department of History, Harvard University