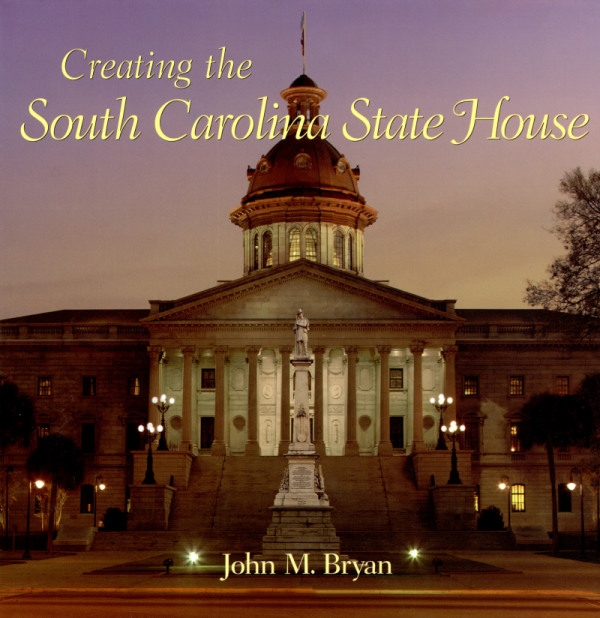 A lavishly illustrated chronicle of the historic structure's construction and renovation

Generously illustrated with color photographs, maps, and drawings, Creating the South Carolina State House offers an unprecedented look at the construction and renovation of South Carolina's most important government structure. Prompted to research the building by its restoration between 1995 and 1998, John M. Bryan witnessed every stage of excavation, demolition, and rebuilding. He draws largely on these observations and on archival sources—including diaries, letters, and other contemporaneous writings—to offer fresh insights into the design and construction of the South Carolina State House and into the often controversial symbolism attached to the building.

Begun in 1854 to replace a dilapidated wooden structure, the State House seemed a building that would never be completed. Bryan recounts the tumultuous five decades in which construction repeatedly started and stopped, before reaching completion in 1903. He describes, among other events, the shelling of the walls by Union troops, the salvaging of balusters after the burning of Columbia, and the building's first occupancy—though the interior was largely unfinished—by Reconstruction General Assemblies. In recounting the constant wrangling over design alterations, cost-cutting measures, and personnel changes, Bryan gives new meaning to the State House by placing it in a national context and illustrating and interpreting the original, symbolic ornaments. He introduces the architects, artists, and politicians who left lasting impressions on the building and its grounds, including John Rudolph Niernsee, the building's principal architect, and Frederick Wellington Ruckstull, a Paris-trained sculptor who produced three of its most widely recognized monuments.

In his firsthand evaluation of the building's sweeping overhaul between 1995 and 1998, Bryan glances beyond the dramatic vaulted hallways in the east and west wings and the restored marble floors in the lobby to the extensive structural improvements and sophisticated wiring and alarm systems that few visitors will notice. In a remarkable engineering feat, the building's earthquake-proofing was accomplished with no intrusion upon its appearance. Bryan suggests that the consummate success of the building's rehabilitation lies in its seeming essentially unchanged.


John M. Bryan is a professor of art history at the University of South Carolina and a native of the Palmetto State. The author of several books, including Biltmore Estate, he collaborated with the Smithsonian Institution in collecting the papers of the nineteenth-century South Carolina architect Robert Mills and served as curator for two national American Institute of Architects exhibitions.

"This is a completely beautiful book about a historic event and it is a volume not only to be displayed on your coffee table, but to be perused and enjoyed by all the family."—Times and Democrat

"Lively, well-researched and handsomely illustrated, it should long stand as the standard history of the State House."—The State

"Historians of all stripes will appreciate the broad strokes of historical research and interpretation that this book paints."—The Public Historian

"Many articles from this accessible collection could be assigned to good effect at the beginning or end of undergraduate courses in southern history. . ."—Journal of Southern History