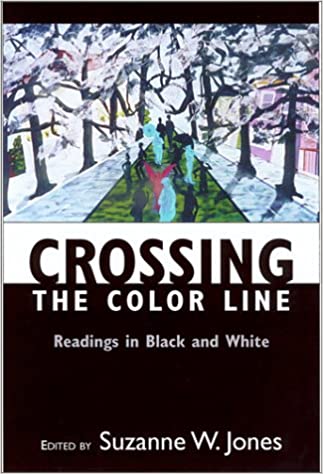 Readings in Black and White

The complex truth about the color line—its destructive effects, painful legacy, clandestine crossings, possible erasure—is revealed more often in private than in public and has sometimes been visited more easily by novelists than historians. In this tradition, Crossing the Color Line, a powerful collection of nineteen contemporary stories, speaks the unspoken, explores the hidden, and voices both fear and hope about relationships between blacks and whites.

The final section features recent stories that turn on personal similarities as often as racial differences, but even here the legacy of racism lingers. It tests the emerging friendship of Alyce Miller's women, the professional relationship of David Means's men, the alliances between Clifford Thompson's college students, the romance of Reginald McKnight's interracial couple, and the business venture between Elizabeth Spencer's white woman and black man. Much of the power and poignancy of these stories, however, comes from their portrayal of how equal and amiable relationships can cross the color line.


Suzanne W. Jones is an associate professor of English at the University of Richmond in Virginia. She is the editor of another collection of stories, Growing Up in the South: An Anthology of Modern Southern Literature, and a collection of essays, Writing the Woman Artist. Jones has published articles on twentieth-century American fiction, women writers, and the literature of the South. Jones lives in Charlottesville, Virginia.

"Crossing the Color Line: Readings in Black and White is an important book if for no other reason than that periodically we need to remind each other: We Exist."—Nikki Giovanni, author of Blues: For all the Changes: New Poems

"Crossing the Color Line is a must-read if you want to understand race in America. Here is clear proof of fiction's mysterious capacity to elucidate reality, and to heal, avenge, transcend."—Josephine Humphreys, author of Nowhere Else on Earth