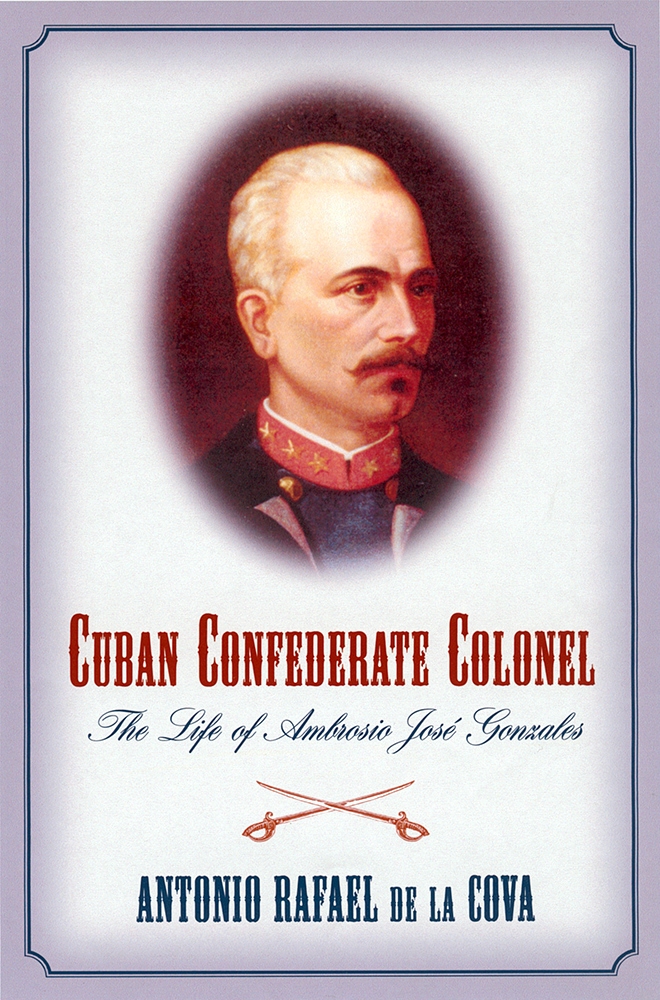 The Life of Ambrosio Jose Gonzales

The definitive biography of a Cuban and Confederate rebel

Cuban Confederate Colonel tells the story of a revolutionary who figured prominently in both his native country's struggle against Spain and the Confederacy's fight for secession. Immortalized as the first Cuban to shed blood in the effort to oust the Spanish, Ambrosio José Gonzales (1818-1893) placed himself in the center of hostilities in both his homeland and in the United States. In this biography Antonio Rafael de la Cova examines the Cuban filibuster movement of the 1840s and 1850s, the American Civil War, and Southern Reconstruction from Gonzales's unusual perspective as both a Cuban and Confederate rebel. In doing so, de la Cova sheds new light on the connections between Southern and Cuban society, the workings of coastal defenses during the Civil War, and the vicissitudes of Reconstruction for a Cuban expatriate.

With the failure of the 1854 filibuster attempts, Gonzales settled in the United States and married into South Carolina's prominent Elliott family. The author traces Gonzales's significant role in Confederate coastal defenses, his costly feud with Jefferson Davis, and his finest hour as a Confederate—as artillery commander at the battle of Honey Hill. Following the war, the colonel pursued a variety of vocations, all of which were marginally successful, but like many others he never provided the security he sought for his extended family. De la Cova points out that while Gonzales's connections to Cuba's economy may have made his postwar entrepreneurial endeavors distinctive, his efforts were similar to those of other formerly wealthy Southerners who sought to recover their estates and social status.


A native of Havana, Antonio Rafael de la Cova is an assistant professor of Latin American history at the University of North Carolina at Greensboro and the author of The Moncada Attack: Birth of the Cuban Revolution.

"De la Cova's study is provocative and revisionist in the best sense of both terms. Implicitly set within the theoretical framework of Atlantic world history and transnationalism, this book is also an archival tour de force."—Journal of American History

"This biography of Gonzales is a finely crafted narrative that carefully relates the life and times of this important Cuban filibuster and Southern patriot. An epic work, it contains a wealth of new information on Cuban filibusters and their U.S. allies; Freemasons; and the Civil War and Reconstruction in South Carolina."—Stephen R. Wise, author of Lifeline of the Confederacy: Blockade Running during the Civil War