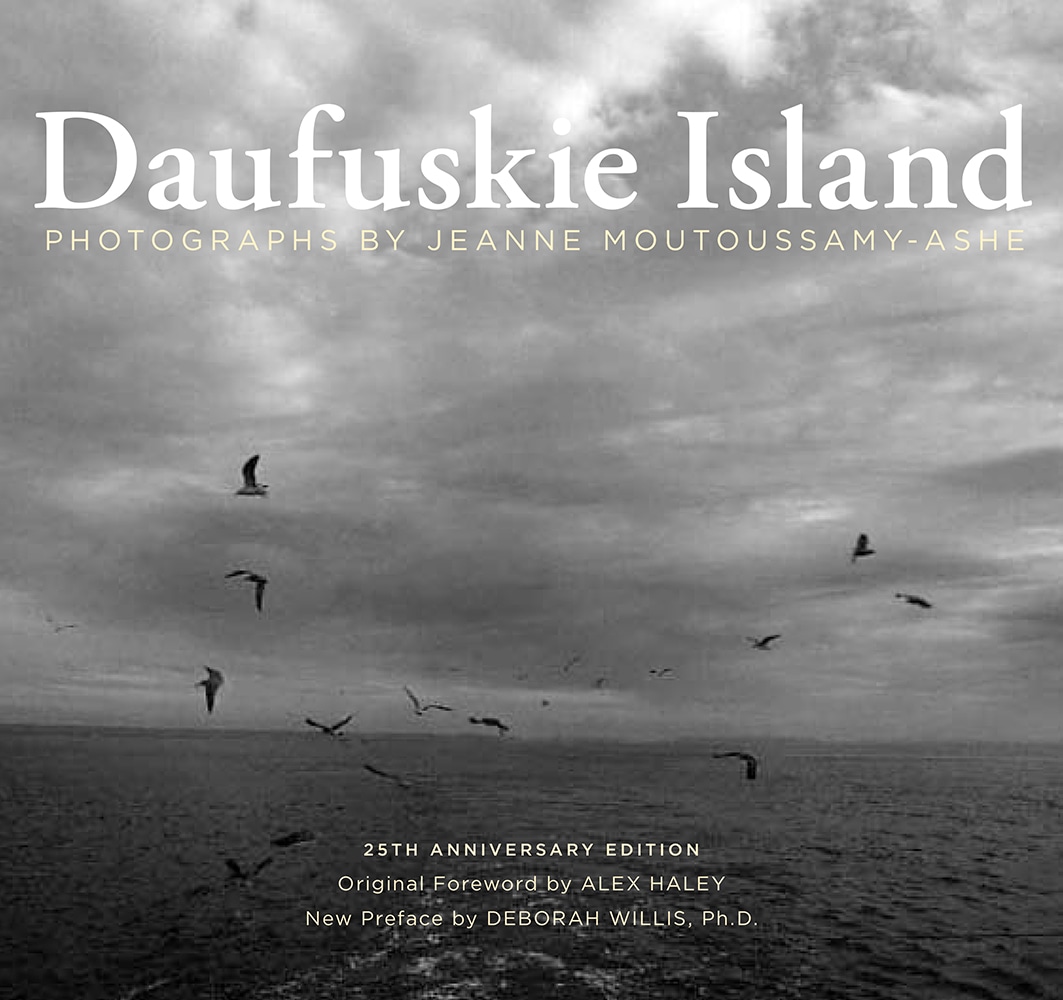 First published in 1982, Daufuskie Island vividly captured life on a South Carolina Sea Island before the arrival of resort culture through the photographs of Jeanne Moutoussamy-Ashe and words of Alex Haley. Located between Hilton Head and Savannah, Daufuskie Island has since become a plush resort destinaion. Moutoussamy-Ashe's photographs document what daily life was like for the last inhabitants to occupy the land prior to the onset of tourist developments.

When Moutoussamy-Ashe first came to Daufuskie in 1977, about eighty permanent African American residents lived on the island in fewer than fifty homes. Many of the people still spoke their native Gullah dialect. They had only one store, a two-room school, a nursery, and one active church. This represented all that remained of a once-thriving black society which developed after the original plantation owners left and the land was bought by freed slaves. After the boll weevil caused cotton crop failures and pollution ruined oyster beds, more and more residents sold their land to commercial developers. It became clear that Daufuskie would soon be transformed into a coastal resort like neighboring Hilton Head, changing forever the unique island culture that survived largely unchanged for the preceding half-century. Moustoussamy-Ashe's photographs show family gatherings, crabbing and fishing, children at play, spiritual life, and the toils of everyday existence. With the utmost respect for her notoriously shy subjects, she captured a powerful vision of their rough-hewn but rewarding life independent from many modern conveniences.

Redesigned from cover to cover, this twenty-fifth anniversary edition of Daufuskie Island includes more than fifty previously unpublished photographs from the original contact sheets, a new preface by Deborah Willis, and a new epilogue by Moutoussamy-Ashe. This edition is published to accompany a traveling exhibition sponsored by Merrill Lynch.

"Moutoussamy-Ashe's personal fascination with South Carolina's coastal region led her further to Daufuskie. The emotional reaction of an artist to what she saw, heard, and felt is why you and I can hold in our hands the quite special evidence of Jeanne's mastery of her profession."—Alex Haley, from the foreword

"These photographs present a valuable picture of a culture that is rapidly vanishing. Paradoxically they also exist as a record of Daufuskie's existence, hence its preservation."—Deborah Willis, from the preface


Jeanne Moutoussamy-Ashe has had frequent group and solo exhibitions at museums and galleries around the world—including the Leica Gallery, the Museum of Modern Art, the Whitney Museum of American Art, and the Brooklyn Museum of Art in New York; the Smithsonian and National Portrait Gallery in Washington, D.C.; Galerie Herve Odermat in Paris; and the Excellsior in Florence. Moutoussamy-Ashe's work has been featured in Life, the New York Times, and People. Her other books include Viewfinders: Black Women Photographers. She lives in New York City.

Winner of the 2008 Essence Literary Award for Photography