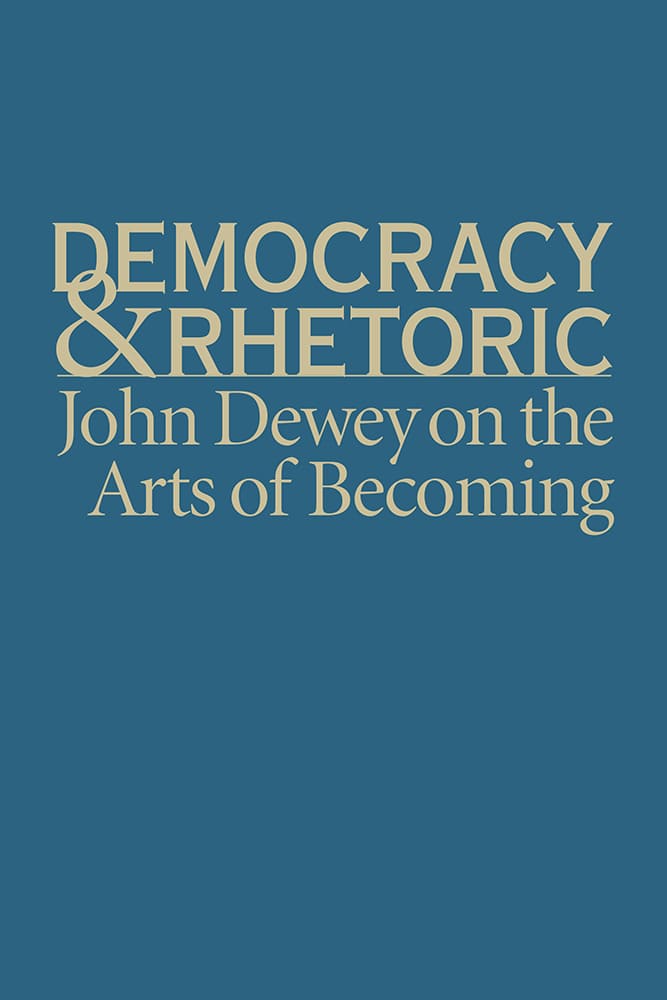 John Dewey on the Arts of Becoming

In Democracy and Rhetoric, Nathan Crick articulates from John Dewey's body of work a philosophy of rhetoric that reveals the necessity for bringing forth a democratic life infused with the spirit of ethics, a method of inquiry, and a sense of beauty. Crick relies on rhetorical theory as well interdisciplinary insights from philosophy, history, sociology, aesthetics, and political science as he demonstrates that significant engagement with issues of rhetoric and communication are central to Dewey's political philosophy.

In his rhetorical reading of Dewey, Crick examines the sophistical underpinnings of Dewey's philosophy and finds it much informed by notions of radical individuality, aesthetic experience, creative intelligence, and persuasive advocacy as essential to the formation of communities of judgment. Crick illustrates that for Dewey rhetoric is an art situated within a complex and challenging social and natural environment, wielding influence and authority for those well versed in its methods and capable of experimenting with its practice. From this standpoint the unique and necessary function of rhetoric in a democracy is to advance minority views in such a way that they might have the opportunity to transform overarching public opinion through persuasion in an egalitarian public arena. The truest power of rhetoric in a democracy then is the liberty
for one to influence the many through free, full, and fluid communication.

Ultimately Crick argues that Dewey's sophistical rhetorical values and techniques form a naturalistic "ontology of becoming" in which discourse is valued for its capacity to guide a self, a public, and a world in flux toward some improved incarnation. Appreciation of this ontology of becoming—of democracy as a communication-driven work in progress—gives greater social breadth and historical scope to Dewey's philosophy while solidifying his lasting contributions to rhetoric in an active and democratic public sphere.


Nathan Crick is an assistant professor of communication studies at Louisiana State University. His research has appeared in College Composition and Communication, Philosophy and Rhetoric, and the Quarterly Journal of Speech.