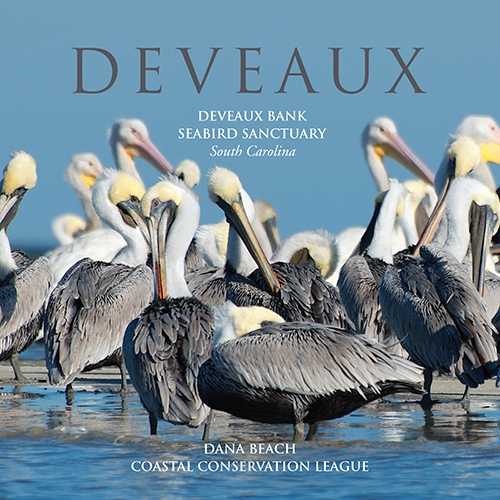 Deveaux is a meditation on the life of a South Carolina sea bird rookery, known as Deveaux Bank, at the mouth of the North Edisto River. Over the past twenty-five years author and photographer Dana Beach has become intimately familiar with this ephemeral sand bar through experience and research. Here he explains the annual cycle of reproduction and renewal and chronicles, and shares what he has learned from the work of the scientists and conservationists who labor to understand and protect it.

Deveaux Bank is a microcosm of the rich diversity that defines and distinguishes the South Carolina lowcountry. The challenges that the island and its inhabitants face as human populations expand are common to many fragile and irreplaceable places along the coast. Through stories and images, Beach makes a compelling call to action to save Deveaux and sites like it before they are lost forever under a rising tide of imperceptive humanity.

Coastal Conservation League was founded in 1989 and has offices in Beaufort, Charleston, Georgetown, and Columbia. It is recognized as one of the most successful state-level conservation groups in the United States, particularly for its work in the field of land use policy and land conservation.