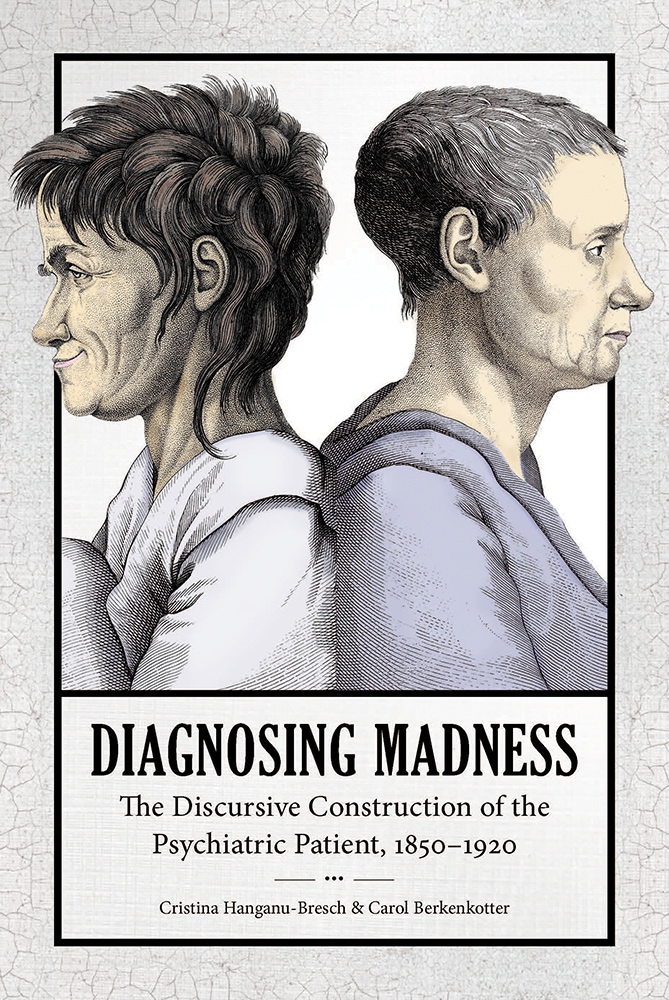 The Discursive Construction of the Psychiatric Patient, 1850-1920

An examination of the evolving rhetoric of psychiatric disease

Diagnosing Madness is a study of the linguistic negotiations at the heart of mental illness identification and patient diagnosis. Through an examination of individual psychiatric case records from the late nineteenth and early twentieth centuries, Cristina Hanganu-Bresch and Carol Berkenkotter show how the work of psychiatry was navigated by patients, families, doctors, the general public, and the legal system. The results of examining those involved and their interactions show that the psychiatrist's task became one of constant persuasion, producing arguments surrounding diagnosis and asylum confinement that attempted to reconcile shifting definitions of disease and to respond to sociocultural pressures.

By studying patient cases, the emerging literature of confinement, and patient accounts viewed alongside institutional records, the authors trace the evolving rhetoric of psychiatric disease, its impact on the treatment of patients, its implications for our contemporary understanding of mental illness, and the identity of the psychiatric patient. Diagnosing Madness helps elucidate the larger rhetorical forces that contributed to the eventual decline of the asylum and highlights the struggle for the professionalization of psychiatry.


Cristina Hanganu-Bresch is an associate professor of writing and rhetoric at the University of the Sciences in Philadelphia. Her work on issues related to the rhetoric of health and psychiatry has appeared in Written Communication, Literature and Medicine, and edited collections. She is the coeditor with Justin Everett of Minefield of Dreams: Triumphs and Travails of Independent Writing Programs.

Carol Berkenkotter was a professor in the Writing Studies Department at the University of Minnesota until her death in 2016. She is the author of Patient Tales: Case Histories and the Uses of Narrative in Psychiatry and coauthor (with Thomas Huckin) of the award-winning Genre Knowledge in Disciplinary Communication: Cognition/Culture/Power.

"Diagnosing Madness is a superb and highly readable rhetorical, linguistic, sociolinguistic, and literary analysis of the psychiatric argumentation practices and the life stories of individual mental patients before and after they were diagnosed—some wrongfully—in late 19th century Britain and America. Employing unique and rich archival research of asylum records and court proceedings as well as serialized novels, the authors reveal the medicolegal relationship between diagnosis and the concepts of normality, personhood, identity, and autonomy."—Mary Schuster, University of Minnesota, reviewing a previous edition or volume