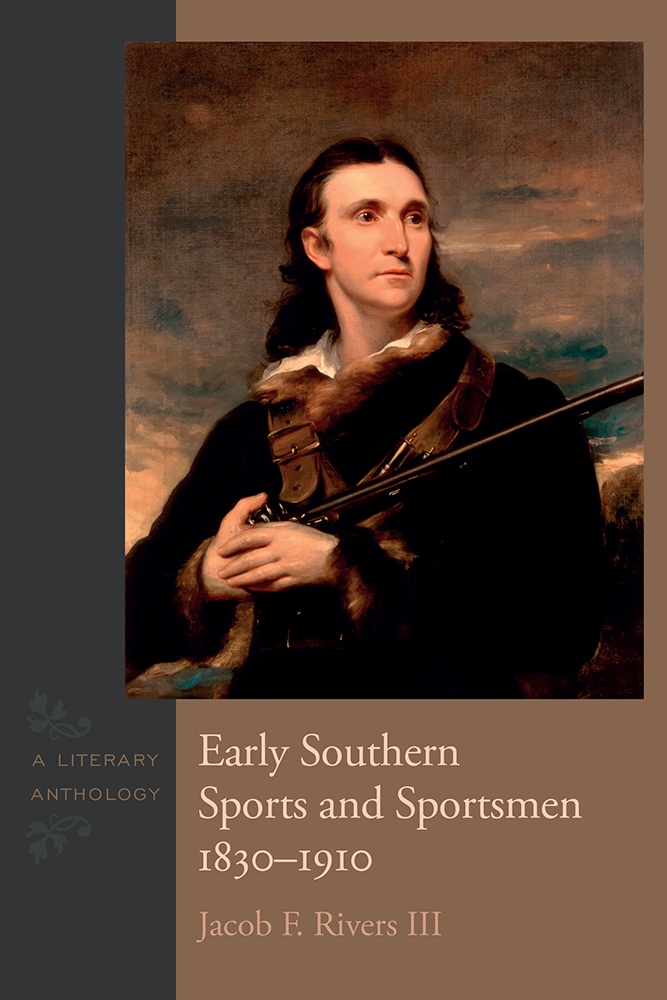 Jacob F. Rivers III has collected twenty-two classic hunting tales by twelve southern writers including Davey Crocket, Johnson J. Hooper, and Henry Clay Lewis. These stories spring not only from a genteel literary tradition but also from the tradition of the tall tale or stories of backwoods humor. Antebellum and post-Civil War tales reflect changes in the social and economic composition of the hunting class in the South. Some reveal themes of fear for the future of field sports, and others demonstrate an early conservation ethic among hunters and landowners.

Early Southern Sports and Sportsmen brings to new readers a wealth of hunting and fishing lore heretofore hard to find by any but scholars in the field of southern literature. Rivers has gathered a host of well-read and well-heeled sportsmen who relish each and every detail of their encounters with their environment. Sports authors come from every spectrum of southern society, but their common vocabulary and shared enthusiasm bond them together.

Rivers corrects unfortunate stereotypes of hunters as indifferent to aspects of nature other than environmental exploitation. Whether humorists or serious advocates, these authors reveal their sense of their place in the wild, and many advocate ecological good citizenship that disdains wanton slaughter and unethical practices. They condemn such acts as beneath the dignity and honor of true sportsmen.

The collection includes accounts of hunting many types of game indigenous to the South from 1830 to 1910, from aristocratic foxhunts to yeoman deer drives. The structure is largely chronological, beginning with John James Audubon's essay on the American wild turkey from his Ornithological Biography (1832) and ending with stories from Alexander Hunter's The Huntsman in the South (1908). Whatever their era, the chief characteristics of these sporting accounts are the excitement the authors experience upon suddenly encountering game, the rigors and hardships they endure in its pursuit, their keen powers of observation of the woods and waters through which they travel, and the comedy often found in the strong friendships that frequently mark their adventures. But above all the tales resonate with a reverence for field sports as the means through which humans establish meaningful and lasting relationships with the mysteries and the magic of nature.

"There's a wonderful lesson, even something that could be called a moral code, that runs through this marvelous collection of man's interaction with nature in the wild. It's something that Southern boys of an earlier generation grew up learning. Hunting was a sport for some and a necessity for others. However, in both cases, the admonition was always to respect the natural world—just take what you need; eat what you kill. Early Southern Sportsmen is a welcome historical precursor to the writings of Archibald Rutledge and Havilah Babcock. This is a book that every true sportsman will want to have."—Walter Edgar

"The selection of individual stories for this anthology was well thought out and they offer a variety of adventure, history, and woodsmanship, often accompanied with introspection and humor."—Ben McC. Moise, Charleston Post and Courier

"This volume comprises a valuable follow-up to Rivers' study, Cultural Values in Southern Sporting Narrative. Here he has chosen representative pieces from the best writers of the genre—a genre that provides valuable insights into the sportsman's ethos of the nineteenth and early twentieth centuries."—Keen Butterworth, professor emeritus, University of South Carolina

"Early Southern Sports and Sportsmen brings to new readers a wealth of hunting and fishing lore heretofore hard to find by any by scholars in the field of Southern literature."—McCormick Messenger