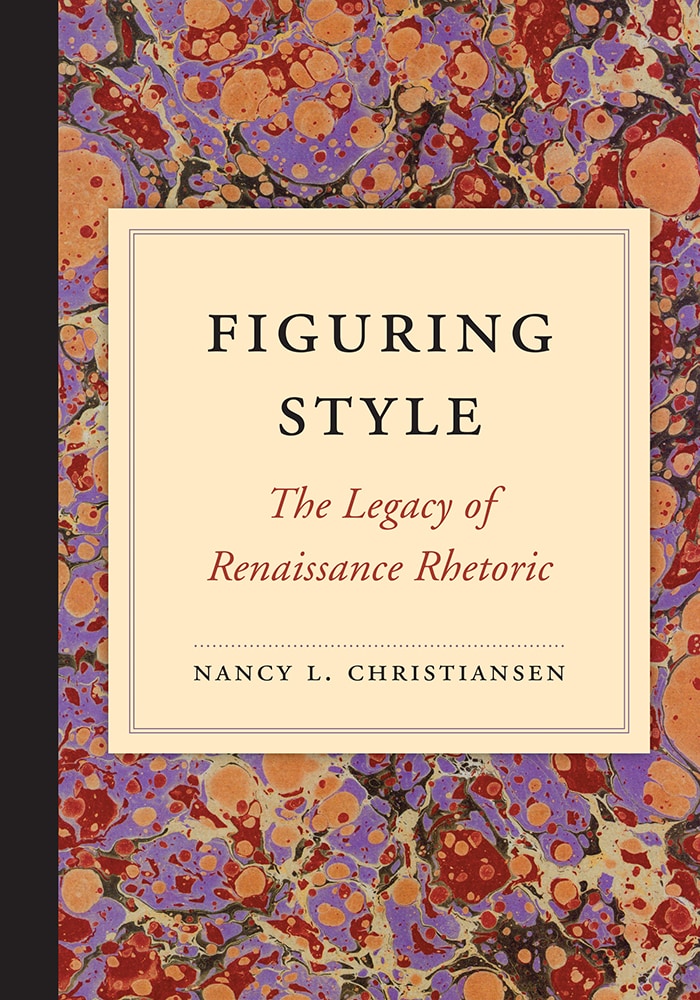 The Legacy of Renaissance Rhetoric

Nancy L. Christiansen provides a broad and deep introduction to the discussion of rhetorical stylistic instruction in the English Renaissance. She argues that most contemporary characterizations of Renaissance stylistic theory are reductions obscuring the comprehensive composing and reading method taught by Renaissance rhetoricians. At the core of her discussion is the concept of figures, and Christiansen traces the nomenclature of the figures back to its origins, observing how these terms have mutated, fused, and confused over the centuries. Renaissance figures serve, she argues, to structure all three dimensions of language—speech, thought, and action. As a consequence, in the Renaissance paradigm there are not two types of language, figured and unfigured, but a single language composed of a web of figures.

Christiansen makes the largest possible claims for the figures as representing discourse "forms" at all levels and as providing an ethical center for cultural practices. She also notes that the figures anticipate some elements of contemporary cognitive linguistics. Her discussion includes a substantial review of rhetorical history to create a lineage from Isocratean/Ciceronian rhetorical theory to the work of Ascham, Puttenham, and others. She also offers a demonstration of these principles in textual analysis by applying them to passages from Shakespeare's Titus Andronicus and Sonnet 129, and Milton's Paradise Lost. The resulting explications illustrate not only the primacy of figures to text and their substantive nature, but also the comprehensiveness and insightfulness of such a reading method.

Completing her treatment of Renaissance style is a comprehensive handlist of figures, from phonetic and morphological through logical, discoursal, and qualitative categories, along with definitions and examples from both classical and Renaissance sources. The result is a handbook that demystifies Renaissance theory and practice of style in its own historical, philosophical, and pedagogical contexts. Christiansen's comprehensive historical analysis, supported by a wealth of textual documentation, offers an erudite revision of an important chapter in the history of style and rhetoric.


Nancy L. Christiansen is an associate professor of English at Brigham Young University and a contributor to Dialogues & Conversations, second edition, and Intertexts: Reading Pedagogy in College Writing Classrooms.

"The nomenclature of traditional rhetoric has always been a jungle of shifting and overlapped meanings. Nancy Christianson is the first to have fully mapped our way through it. Her searchlight is the meaning of "figure" and her goal is a definition of style. Through exhaustive analysis of the classical and Renaissance texts, she shows us who planted the jungle and how it grew. There is nothing else like Figuring Style and it belongs on the shelf of every library and every scholar of rhetoric."—Richard A. Lanham is Professor Emeritus of English at UCLA, and President of Rhetorica, Inc., a consulting firm. He has written A Handlist of Rhetorical Terms, a standard reference in the field, as well as Analyzing Prose, Style: An Anti-Textbook, and several other books on literary rhetoric.