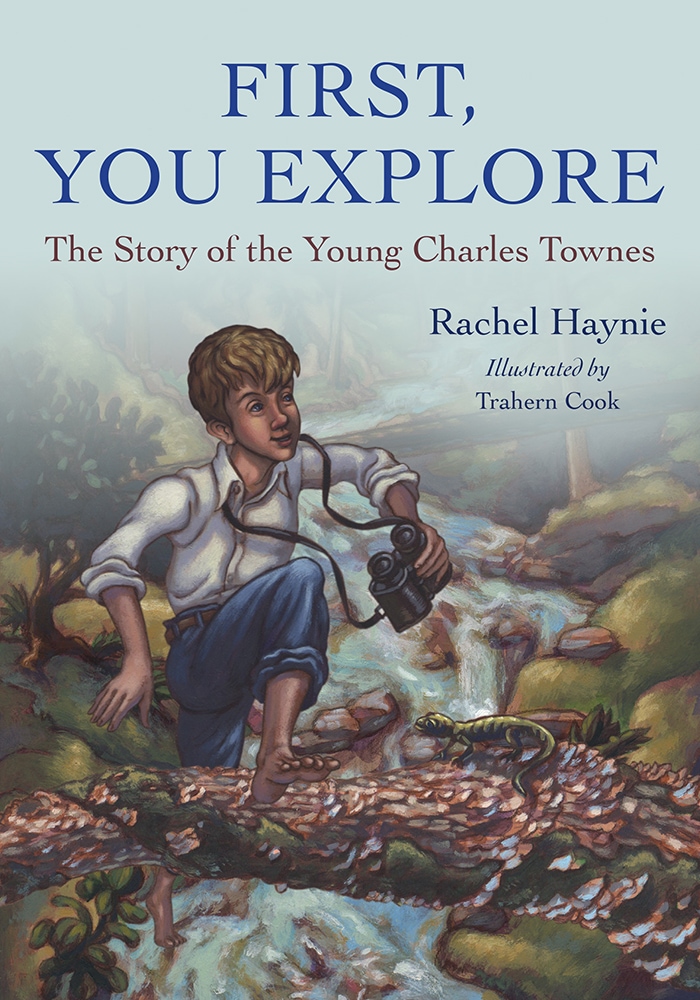 The Story of the Young Charles Townes

"Do exploration. Do things that are new and different."

This is the philosophy that Charles H. Townes has lived by since he was a young boy growing up on a small farm in Greenville, South Carolina. While tending to chores, exploring the outdoors, and tinkering with broken tools and equipment, Townes began what became a lifelong love of exploring and inventing. His passion for new things drove him to an amazing career of discoveries that have changed the world.

All of us have been affected by Townes's work, especially his most famous contribution to science: the laser. We're surrounded by lasers, and we may not even realize it: they are in computers, DVD players, atomic clocks, and barcode scanners at the grocery store checkout counter. Doctors, police, astronomers, and even Hollywood filmmakers use lasers regularly in their work. This extraordinary technology was made possible by Townes's hard work and dedication to the "new and different," winning him the Nobel Prize in physics in 1964.

In First, You Explore, the first biography of Townes, Rachel Haynie chronicles the scientist's boyhood fascination with the physical world and his early reading, experiments, and exploration of his surroundings on his family's farm. Now at age ninety-eight, Townes is still actively involved in science and education, serving as a guiding force for the planetarium and observatory at the South Carolina State Museum.

This inspirational biography includes a timeline of Charles Townes's major life events and additional biographical information that parents and educators will find useful as teaching tools.


South Carolina native Rachel Haynie is a freelance writer and editor for regional publications and corporate communications. She holds a bachelor's degree in English and a master's degree in education from the University of South Carolina.

Trahern Cook is a professional illustrator for print media and children's publications. A graduate of the South Carolina Governor's School for the Arts and the Ringling College of Art and Design in Sarasota, Florida, Cook maintains a studio on his family farm in Columbia, South Carolina.

"Following the footsteps of Dr. Towne's life in this wonderful book will provide the footprints of inspiration for many generations to come."—Mary Wood Beasley, Former First Lady of South Carolina, and Honorary Co-Chair (with Dr. Townes), Windows to New Worlds Campaign, South Carolina State Museum.

"First, You Explore captures the essence of my uncle's young years—when he was inspired and encouraged by parents and other relatives. By setting examples for scientists like me and curious young adventurers—such as my granddaughters Eva and Sarah, he instills such inspiration."—Robert K. Taylor III, M.S., P.E., Design Research Engineering

"Finally, a text that introduces young readers to our native son, Charles Townes. Wonderfully illustrated and with stories that connect to our youthful scientific explorations. A must read for our children and students as we encourage our youth to explore STEM (Science, Technology, Engineering and Math) careers."—John G. Kaup, coordinator of science education, Furman University

The 2015 Selection of the Richland County, South Carolina, Together We Can Read Program