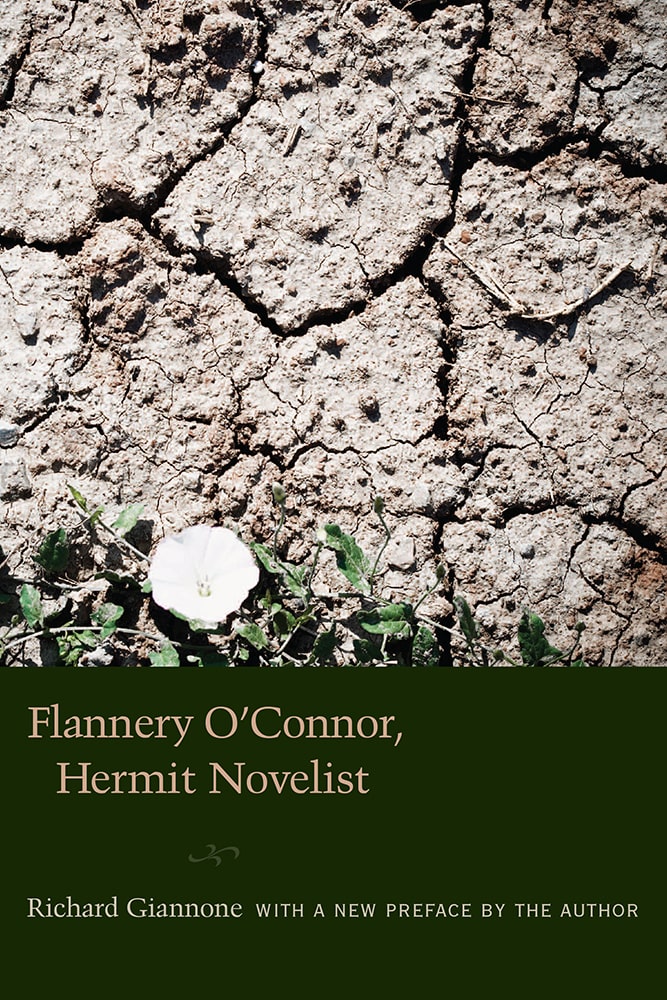 "Lord, I'm glad I'm a hermit novelist," Flannery O'Connor wrote to a friend in 1957. Sequestered by ill health, O'Connor spent the final thirteen years of her life on her isolated family farm in rural Georgia. During this productive time she developed a fascination with fourth-century Christians who retreated to the desert for spiritual replenishment and whose isolation, suffering, and faith mirrored her own. In Flannery O'Connor, Hermit Novelist, Richard Giannone explores O'Connor's identification with these early Christian monastics and the ways in which she infused her fiction with their teachings. Surveying the influences of the desert fathers on O'Connor's protagonists, Giannone shows how her characters are moved toward a radical simplicity of ascetic discipline as a means of confronting both internal and worldly evils while being drawn closer to God. Artfully bridging literary analysis, O'Connor's biography, and monastic writings, Giannone's study explores O'Connor's advocacy of self-denial and self-scrutiny as vital spiritual weapons that might be brought to bear against the antagonistic forces she found rampant in modern American life.

Richard Giannone is a professor of English at Fordham University and the author of Flannery O'Connor and the Mystery of Love, Vonnegut: A Preface to His Novels, and Music in Willa Cather's Fiction.

"Through deft analyses, Giannone leads the readers through a goodly amount of O'Connor's fiction accompanied by a direct tracing to the concepts discovered by the desert fathers. His reasoning is impeccable; his knowledge, though formidable, is mesmerizing. And by the end of the book, the reader has been so carefully tutored in all the shimmering connotations of such concepts as catanyxis, amma, acedia, that such terms seem not only apt but also undisturbing. . . . To say that this is an important book is an understatement."—Southern Quarterly

"A refreshing and well-written study of O'Connor's fiction as illuminated by the teaching of the desert monastics, which Giannone has researched extensively. Giannone considers the sayings of both the ancient fathers, such as Anthony and Evagrius, and the modern Thomas Merton. Since many contemporary readers will have had little or no exposure to these works, Gianonne's book proves that scholarship that takes as a starting point O'Connor's radically countercultural spiritual vision can still provide important insights."—American Literature

"Giannone reveals some of the central insights of desert wisdom as expressed in O'Connor's fiction, and the result is a book worthy of contemplative and meditative attention, not only for understanding the spiritual lives of O'Connor's characters, but for understanding the importance of the desert tradition as well. As a new approach to O'Connor, this study is indispensable."—Religion & Literature