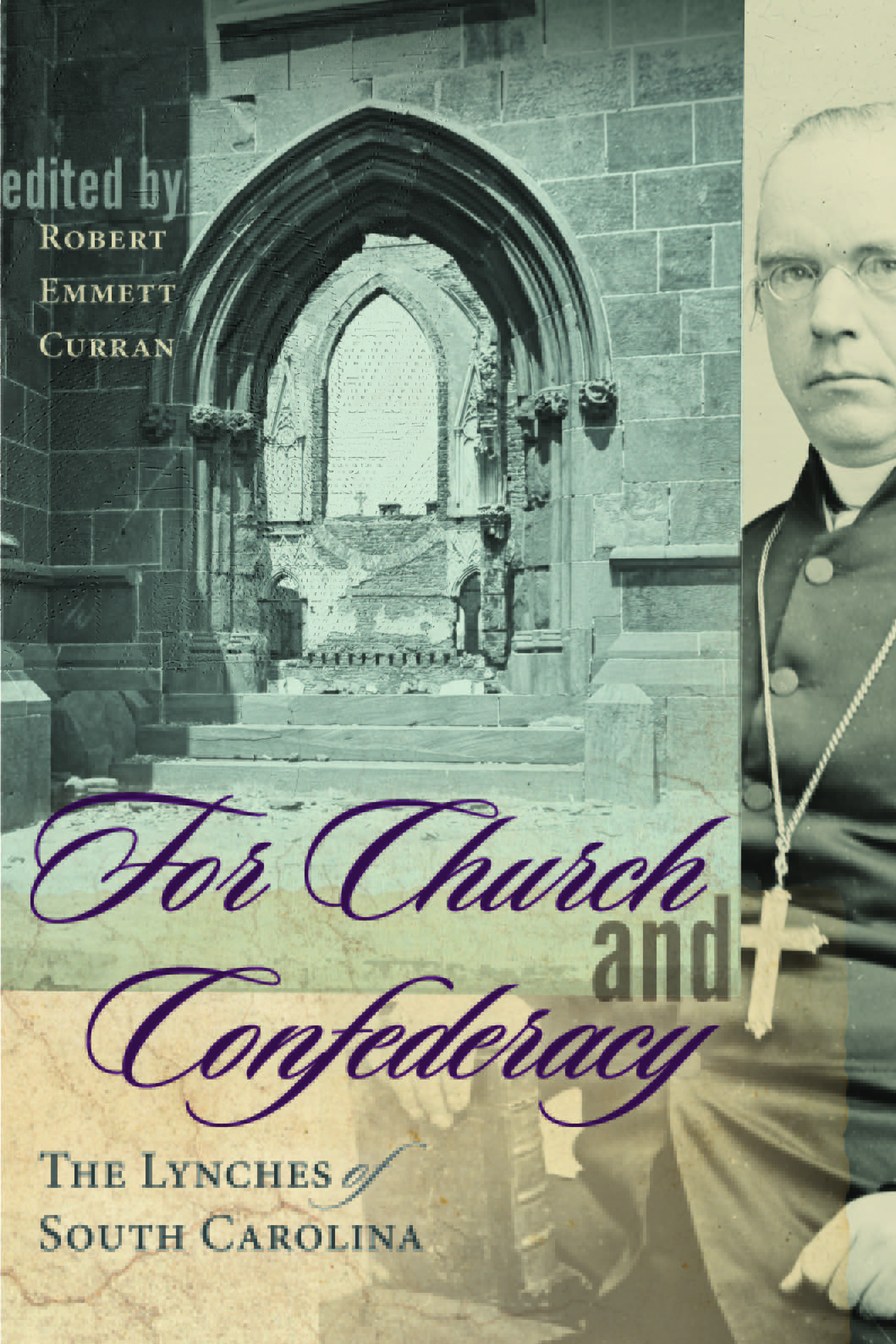 For Church and Confederacy

The Lynches of South Carolina

For Church and Confederacy brings together a wealth of fascinating letters and other writings that unveil the lives of a prominent Southern Irish Catholic family during the late antebellum and Civil War years. Conlaw and Eleanor Lynch, hoping to restore the fortunes they had lost in their native country, settled in the South Carolina upcountry, where they imparted their ambitions to their children, several of whom would make exceptional marks in such areas as education, manufacturing, and religious life.

Most prominent of the second-generation Lynches was Patrick, the eldest, who became the third Roman Catholic bishop of Charleston and developed a national reputation as a polemicist, preacher, and self-taught geologist. During the Civil War he proved to be a major Confederate apologist, a role that led officials in Richmond to appoint him to be a special commissioner to the Papal States as part of an effort to secure European support for the Southern cause. Other family members, particularly Francis, whose tanneries in the Carolinas supplied shoes to thousands of soldiers, and Ellen (also known as Sister Baptista), whose Catholic academy in Columbia became a refuge for the children of prominent Southern families, also made valuable contributions to the Confederacy. For all of them, slaveholding was considered indispensable to acquiring and sustaining their position in Southern society. Their correspondence shows them to have been on the periphery of the political turmoil that led to disunion, but once the war erupted, they quickly became strong secessionists. By the war's end most found themselves in the path of William T. Sherman's avenging army and, as a consequence, suffered great losses, both material and human.

Featuring meticulous notes and commentary placing the Lynch siblings' writings in historical context, this compelling portrait of the complex relationship among religion, slavery, and war has a sweep that carries the reader along as the war gradually overtakes the family's privileged world and eventually brings it down.

"a highly original account of one of the more important ways in which Catholicism operated in the Confederacy, insightful in its presentation and selection of texts, and engagingly edited throughout...the book belongs in any library that deals in any depth with the Papacy, slavery, American history, and in particular with the history of the American Civil War."—The Heythrop Journal

"Curran has done students of American Catholicism and nineteenth-century South Carolina a tremendous service by publishing this volume. It deserves a wide readership among those interested in southern religion and southern Catholicism in particular.... [it] effectively reveals the tragedy of the Civil War for much of the white population of the South, regardless of religious affiliation."—American Catholic Studies

"The letters of the Lynch family bear witness to a pivotal and tragic period in the history of the South. They testify to the resilience of people who endured tragedies, including the calamity of war, and yet found in their relationships with God and one another the strength to persevere... By making these letters accessible, Curran has resurrected the dead and given them voice, the ultimate achievement of a historian."—The Journal of Southern Religion

"This fascinating volume, expertly edited by a distinguished historian, takes us into the lives of the Lynch family as they pass through the maelstrom of civil war in South Carolina. From the vast collection of letters and other writings the Lynch family left behind, Curran has carefully selected those that best reveal the exciting story of this remarkable family. Here is a book everyone with interest in the South and America's Civil War will want to own and enjoy reading."—Don H. Doyle, University of South Carolina

"Robert Emmett Curran's brilliantly edited collection of provides an insider's view of a world few in their day or historians later have seen. Moving back-and-forth from the personal to the political, the letters give telling insights into religion, region, race, and relationships that reveal what it meant to be "southern" and Catholic in the Civil War era."—Randall M. Miller, Saint Joseph's University

"This rich collection of letters gives us indispensable insight into the lives of South Carolina's most important Roman Catholic family. Curran's fine editing and contextualization of the Lynch family letters are a major contribution in helping us understand what it meant to be Catholic, immigrant, and Irish in a society dominated by slavery and its defense."—David T. Gleeson, Northumbria University

"beautifully transcribed and annotated... The readability and clever language in each letter along with the inclusion of local and regional happenings helped me as a reader to see the beginning, the development and the ending of a family story that was deeply involved in the War....you can be assured of reading letters both informative and filled with the love and good feelings within the Lynch family!"—Carol Jordan, The Southeastern Librarian