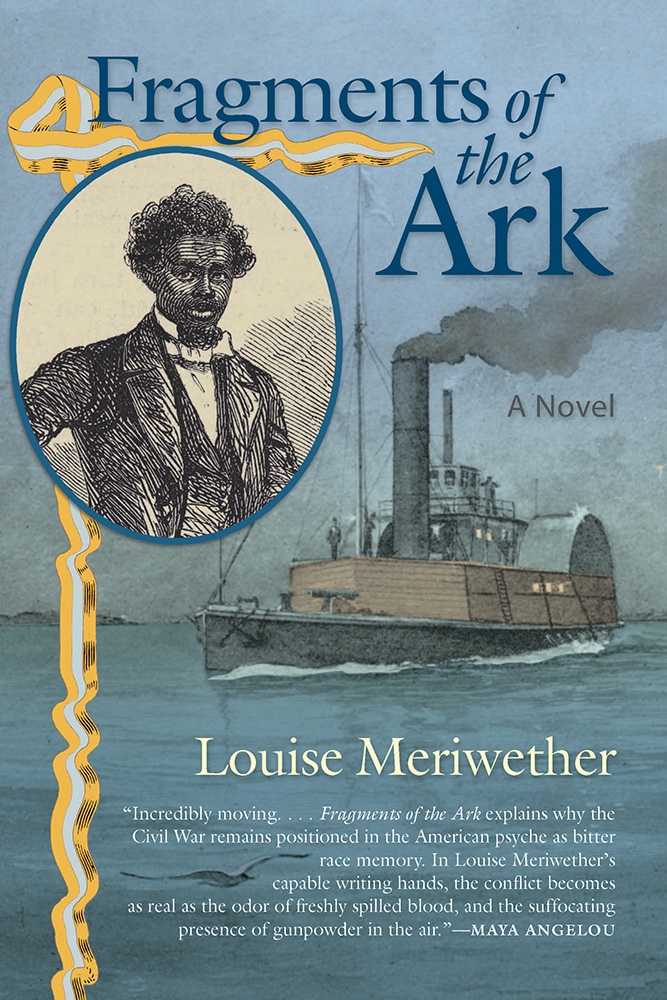 Fragments of the Ark

Fragments of the Ark follows the exploits of runaway slave Peter Mango, his family, and a band of fellow escaped slaves as they commandeer a Confederate gunboat out of Charleston harbor and deliver it to the Union navy. Mango is made captain of this liberated vessel and commands its crew through the duration of the war. He also travels to Washington to meet President Lincoln, adding his voice to others trying to persuade the president to allow black men to enlist in the armed forces. After the war Mango bought a home from his former master and became a political organizer for voting rights. Eventually he was elected a delegate to South Carolina's state convention to rewrite its constitution.

Based on the inspirational life of Robert Smalls, Fragments of the Ark explores the American Civil War through the eyes of its most deeply wounded souls. Against this chaotic backdrop, the novel sweeps readers into Mango's heroic quest for the most basic of human rights—a safe haven to nurture a family bound by love and not fear, and the freedom to be the master of his own life.

Louise Meriwether is a novelist, essayist, journalist, and social activist with family ties to South Carolina. Her first book, Daddy Was a Number Runner, a fictional account of the economic devastation of Harlem during the Great Depression, was the first novel to emerge from the Watts Writers' Workshop. Meriwether followed with the publication of three historical biographies for children on Civil War hero Robert Smalls, pioneer heart surgeon Dr. Daniel Hale Williams, and civil rights activist Rosa Parks. Her most recent novel is Shadow Dancing. A member of the Harlem Writers Guild, Meriwether has taught creative writing at Sarah Lawrence College and the University of Houston.

"Here is a gripping, unbearably sad, yet irresistible and enriching work of historical fiction."—Booklist

"First and foremost, Fragments is a powerful testimony to the spirit of a people who would not be denied their freedom."—San Francisco Chronicle

"In telling this true story of African-American heroism, the author paints a detailed portrait of the neo-African Gullah culture of the Carolinas and allows us to see how African-Americans not only endured the horror of slavery but triumphed over it."—Daily News

"Books like this enrich our lives by expanding our pantheon of heroes."—Library Journal

"Incredibly moving. . . . Fragments of the Ark explains why the Civil War remains positioned in the American psyche as bitter race memory. In Louise Meriwether's capable writing hands, the conflict becomes as real as the odor of freshly spilled blood, and the suffocating presence of gunpowder in the air."—Maya Angelou

"A marvelous Civil War story told from an African American point of view. . . . Based on the life of Robert Smalls, this novel portrays one man's struggle, the emotional impact of slavery, and the determination to be free at all costs. Packed with historical facts, it shows how economic, social, and political forces affected the characters' lives. . . . A fascinating read."—School Library Journal

"Impressively researched. . . . Meriwether's portraits of a wide range of black Americans and their struggles to free themselves are a welcome window into a crucial part of America's past."—Kirkus Reviews