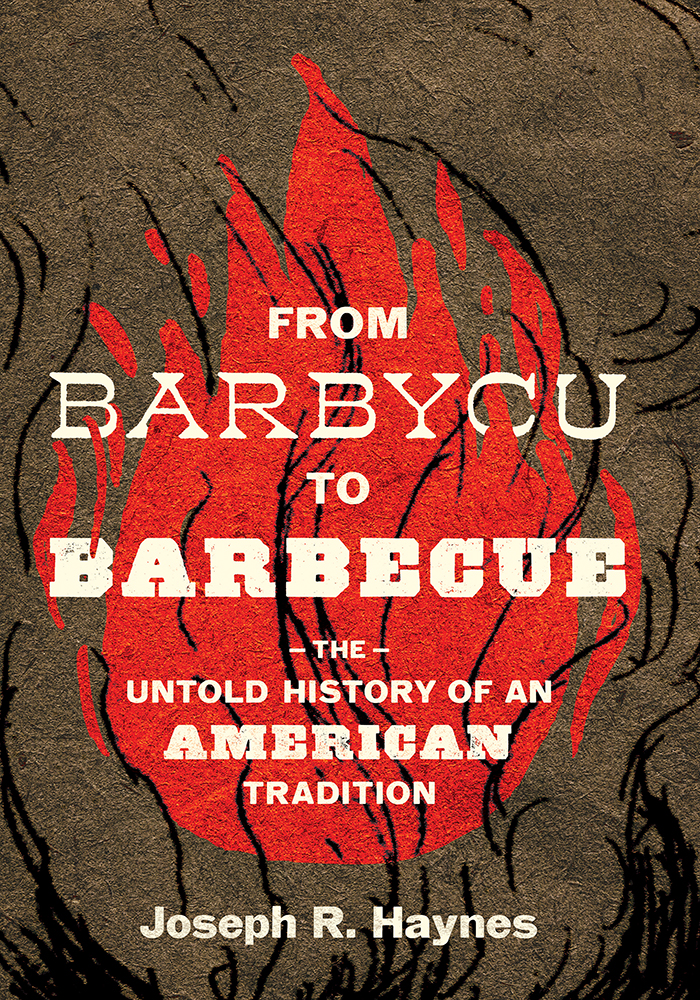 The Untold History of an American Tradition

An award-winning barbecue cook boldly asserts that barbecuing is a unique American tradition that was not imported.

The origin story of barbecue is a popular topic with a ravenous audience, but commonly held understandings of barbecue are often plagued by half-truths and misconceptions. From Barbycu to Barbecue offers a fresh new look at the story of southern barbecuing. Award winning barbecue cook Joseph R. Haynes sets out to correct one of the most common barbecue myths, the "Caribbean Origins Theory," which holds that the original southern barbecuing technique was imported from the Caribbean to what is today the American South. Rather, Haynes argues, the southern whole carcass barbecuing technique that came to define the American tradition developed via direct and indirect collaboration between Native Americans, Europeans, and free and enslaved people of African descent during the seventeenth century. Haynes's barbycu-to-barbecue history analyzes historical sources throughout the Americas that show that the southern barbecuing technique is as unique to the United States as jerked hog is to Jamaica and barbacoa is to Mexico. A recipe in each chapter provides a contemporary interpretation of a historical technique.

Joseph R. Haynes is an award-winning barbecue cook, a Kansas City Barbeque Society Master Certified Barbecue Judge, and the author of Virginia Barbecue: A History and Brunswick Stew: A Virginia Tradition. He lives in Fredericksburg, Virginia.