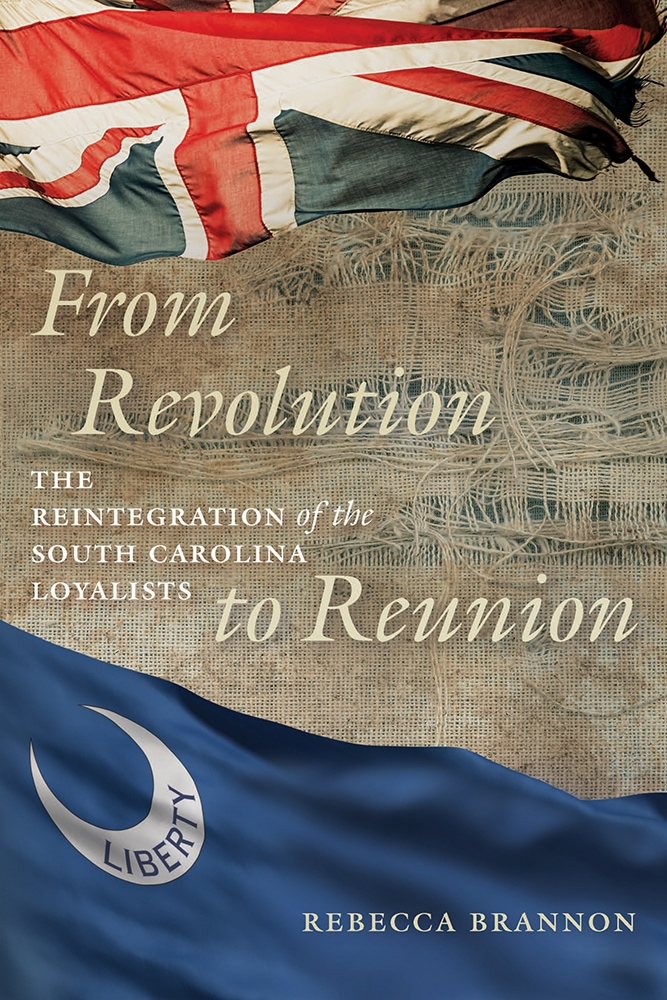 From Revolution to Reunion

The Reintegration of the South Carolina Loyalists

The American Revolution was a vicious civil war fought between families and neighbors. Nowhere was this truer than in South Carolina. Yet, after the Revolution, South Carolina's victorious Patriots offered vanquished Loyalists a prompt and generous legal and social reintegration. From Revolution to Reunion investigates the way in which South Carolinians, Patriot and Loyalist, managed to reconcile their bitter differences and reunite to heal South Carolina and create a stable foundation for the new United States to become a political and economic leader.

Rebecca Brannon considers rituals and emotions, as well as historical memory, to produce a complex and nuanced interpretation of the reconciliation process in post-Revolutionary South Carolina, detailing how Loyalists and Patriots worked together to heal their society. She frames the process in a larger historical context by comparing South Carolina's experience with that of other states.

Brannon highlights how Loyalists apologized but also went out of their way to serve their neighbors and to make themselves useful, even vital, members of the new experiment in self-government and liberty ushered in by the Revolution. Loyalists built on existing social ties to establish themselves in the new Republic, and they did it successfully.

By 1784 the state government reinstated almost all the Loyalists who had stayed, as the majority of Loyalists had reinscribed themselves into the postwar nation. Brannon argues that South Carolinians went on to manipulate the way they talked about Loyalism in public to guarantee that memories would not be allowed to disturb the peaceful reconciliation they had created. South Carolinians succeeded in creating a generous and lasting reconciliation between former enemies, but in the process they unfortunately downplayed the dangers of civil war—which may have made it easier for South Carolinians to choose another civil war.

"From Revolution to Reunion is expansive in its research, persuasive in its arguments, and genuinely sympathic in its treatment of sources generated by people living through the most traumatic of times."—H-Net Reviews: H-Early-America

"Starting in 1775, white Patriots fought a series of savage guerrilla wars, not only against redcoats, Indians, and their own slaves, but against Loyalist whites. Yet with peace in 1783, white Loyalists and Patriots rapidly reconciled. Rebecca Brannon's effort to unravel that paradox is wonderfully provocative."—Woody Holton, Peter and Bonnie McCausland Professor of History, University of South Carolina

"This highly original study reconstructs an American Revolution that most historians ignore. At the end of the conflict and with memories of Loyalist violence still fresh, South Carolina's patriot leaders supported reconciliation with former enemies over revenge. Brannon's impressive work helps explain the remarkable transition from wartime chaos to political stability."—T.H. Breen, author of American Insurgents, American Patriots: The Revolution of the People

"Rebecca Brannon analyzes in impressive detail and with unique insight the importance of extra-legal mechanisms by which local communities moved rapidly towards forgiveness and reconciliation. South Carolina provides the exemplary case whereby early national citizenship was forged through the capacity to forgive and forget."—Philip Gould, Brown University

"Brannon's compelling account of the reintegration of South Carolina's loyalists in post-war America deftly explains the inexplicable. It details the process by which inhabitants of a state torn apart by civil war bowed to a combination of economic imperatives and the very human desire to reestablish emotional ties, leading them ultimately to forgive and forget."—Sheila Skemp, Clare Leslie Marquette Professor of American History, University of Mississippi

"Rebecca Brannon addresses a subject that preoccupied an earlier generation of historians, namely South Carolina's policy of leniency towards former loyalists following years of British occupation and bloody civil war. Focusing primarily on loyalists who remained in the state, she offers a fresh, comparative approach to the history of South Carolina in the Revolutionary Era."—Rachel N. Klein, University of California, San Diego

"Rebecca Brannon's work probes the fate of American loyalists who quietly and stubbornly remained in the new republic at the end of the war. Her analytical reach and imaginative research create an extraordinary book. She uncovers how and why South Carolina's patriots generously forgave their neighbor-loyalists after enduring a bloody and violent civil war. Her sensitive examination of loyalist decision making as well as loyalist reintegration tell us something unfamiliar—and deeply meaningful—about the revolutionaries."—Ruma Chopra, associate professor of history, San José State University

"a richly informative account of South Carolina white Loyalists who embraced the British empire during the Revolutionary period but integrated themselves into the new state after the war... Anyone interested in how Loyalists obtained their citizenship in the early republic will profit from carefully studying this book."—The Journal of Southern History

"Drawing on insights from psychology as well as from her reading of the historical record, historian Brannon illuminates the reconciliation of South Carolina loyalists with the patriot victors of the American Revolution."—Choice