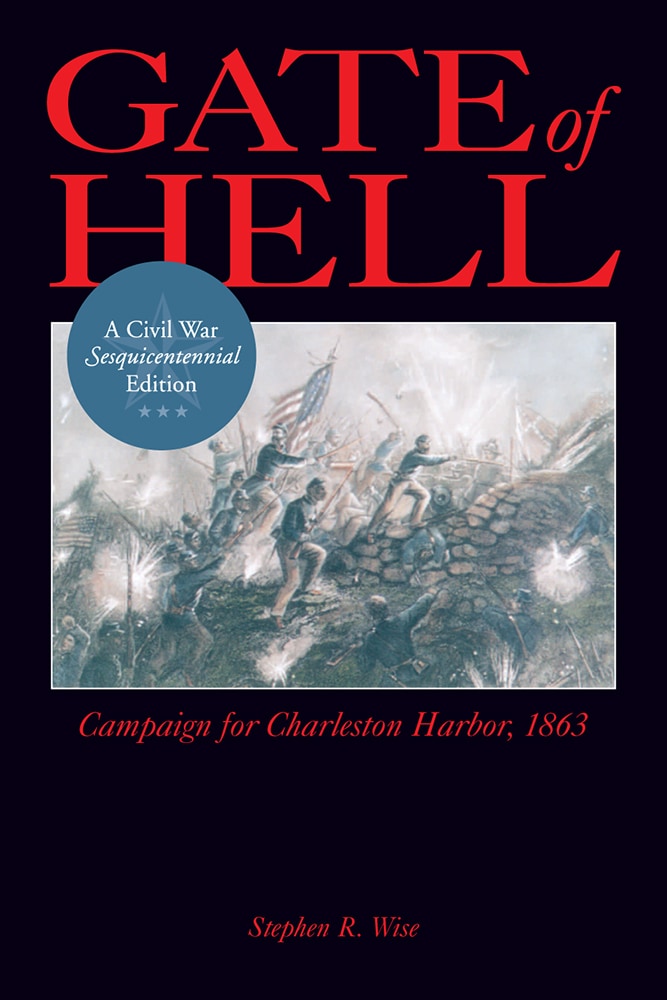 Known for sharply affecting the Civil War's outcome, the Charleston campaign of 1863 included the Battle for Battery Wagner, which featured the Union African American regiment portrayed in the film Glory as well as Red Cross founder Clara Barton. Stephen R. Wise vividly re-creates the campaign in Gate of Hell, and his retelling of the battle pits not only black against white and North against South but also army against navy. Wise contends that the significance of the campaign extends beyond its outcome, arguing that an understanding of the strategy used at Charleston is vital to understanding the very nature of the Civil War.

Lasting almost two months and resulting in thousands of casualties, the campaign began as a joint army-navy operation. Wise continues to follow the campaign through the capture of Battery Wagner and near-demolition of Fort Sumter to its final days, when the Confederates prevented Union forces from entering the port city. Wise describes the campaign as a major testing ground for African American troops and attributes Lincoln's expansion of African American recruitment to the admirable performance of the 54th Massachusetts. Wise ultimately concludes that the skill, and in some cases foolish theatrics, of the campaign's leaders determined the course of the campaign.


Stephen R. Wise is director of the Parris Island Marine Corps Museum and the author of Lifeline of the Confederacy: Blockade Running during the Civil War.

"Understand the intricacies of the fierce, bloody siege of Fort Sumter and Charleston, South Carolina, by Union forces in 1863, and the fundamentals of the Civil War become clear. A historian, teacher and author, Wise paints a dramatic picture of gruesome, dreary trench warfare; ironclad ships; petty squabbles between commanders; and the heroism of many... Wise captures it all, from the taste of battle to the pounds of shot fired per skirmish."—Library Journal

"The Charleston campaign of 1863 is currently best known for the role in it of the 54th Massachusetts in vindicating the effectiveness of African American soldiers, as was delineated in the movie Glory. There was, however, much hard fighting before the 54th's assault on Battery Wagner, and there was even more afterward, with heavy losses on both sides and eventual Union failure, due as much to Union interservice rivalries as to Confederate tenacity. Among other features of the siege were the largest naval operations of the war, technologically advanced use of artillery, and trench warfare anticipating World War I. It is a compelling story that Wise handles with high competence, clarity, and scholarly thoroughness."—Booklist

"Demonstrating a careful attention to the realities of battle, Wise has written a lively and authoritative text on this fascinating but little-known campaign."—New York Times Book Review

"A study of an often-neglected campaign that will be the standard account for a long time to come."—The Journal of American History