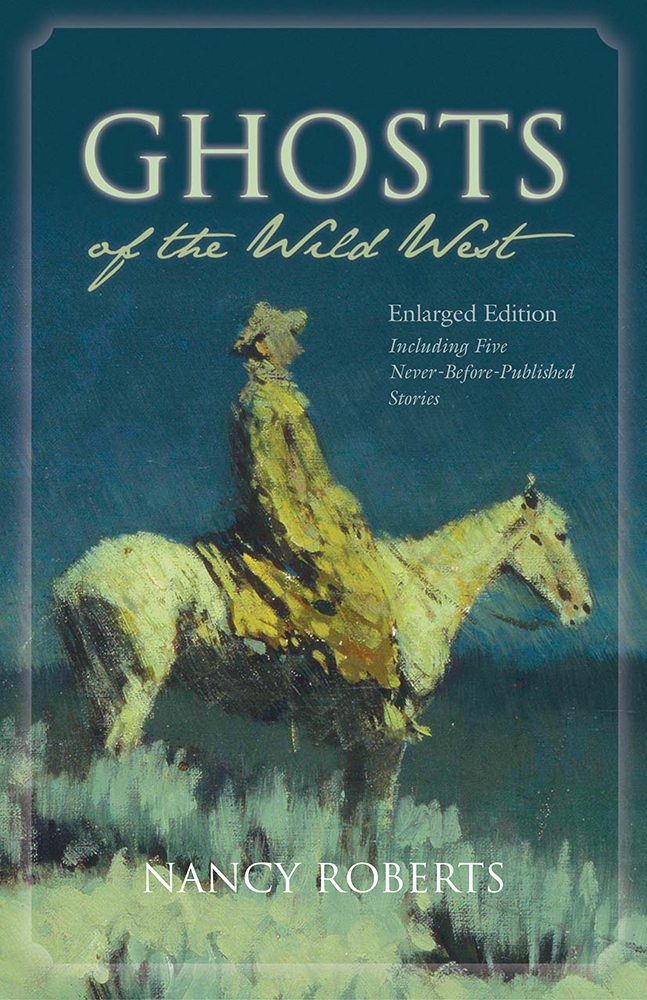 Ghosts of the Wild West

Once deemed the "custodian of the twilight zone" by Southern Living, celebrated storyteller and ghost hunter Nancy Roberts returns to familiar subject matter in this newly expanded edition of her Ghosts of the Wild West, a finalist for the Spur Award of the Western Writers of America in its original edition.

In these seventeen ghostly tales—including five new stories—Roberts expertly guides readers through eerie encounters and harrowing hauntings across Kansas, Montana, Wyoming, Colorado, Arizona, New Mexico, Texas, and the Dakotas. Along the way her accounts intersect with the lives (and afterlives) of legendary figures such as Wild Bill Hickok, Wyatt Earp, Bat Masterson, and Doc Holliday. Roberts also justifies the fascination among ghost hunters, folklorists, and interested tourists with notoriously haunted locales such as Deadwood, Tombstone, and Abilene through her tales of paranormal legends linked to these gunslinger towns synonymous with violence and vice in Western lore. But not all of these encounters feature frightening specters or wandering souls. Roberts also details episodes of animal spirits, protective presences, and supernatural healings.

Forever destined to be associated with adventure, romance, and risk taking, the Wild West of yore still haunts the American imagination. Roberts reminds us here that our imaginations aren't the only places where restless ghosts still roam.


Called the First Lady of American Folklore, Nancy Roberts has authored dozens of books on hauntings and legends, including Civil War Ghost Stories and Legends and The Haunted South. A professional storyteller and actress, Roberts has been featured on radio and television and is a frequent guest speaker at seminars, schools, and libraries. She lives in Charlotte, North Carolina.

"Nancy Roberts's reputation as one of the preeminent authors of American ghost stories is a well-deserved recognition of her estimable ability to weave compelling supernatural tales with a strong sense of history and place. This is certainly true in the newly expanded edition of her Ghosts of the Wild West, seventeen tales of vaporous ghost lights, haunted mesas, phantom gunmen, and reanimated skeletons. It's a book sure to please collectors of Western lore, fans of well-told, old-fashioned ghost tales and, it would seem to me, school librarians looking for just the right book to introduce middle school and high school readers to American folklore."—Michael Norman, coauthor of Historic Haunted America and Haunted Heritage