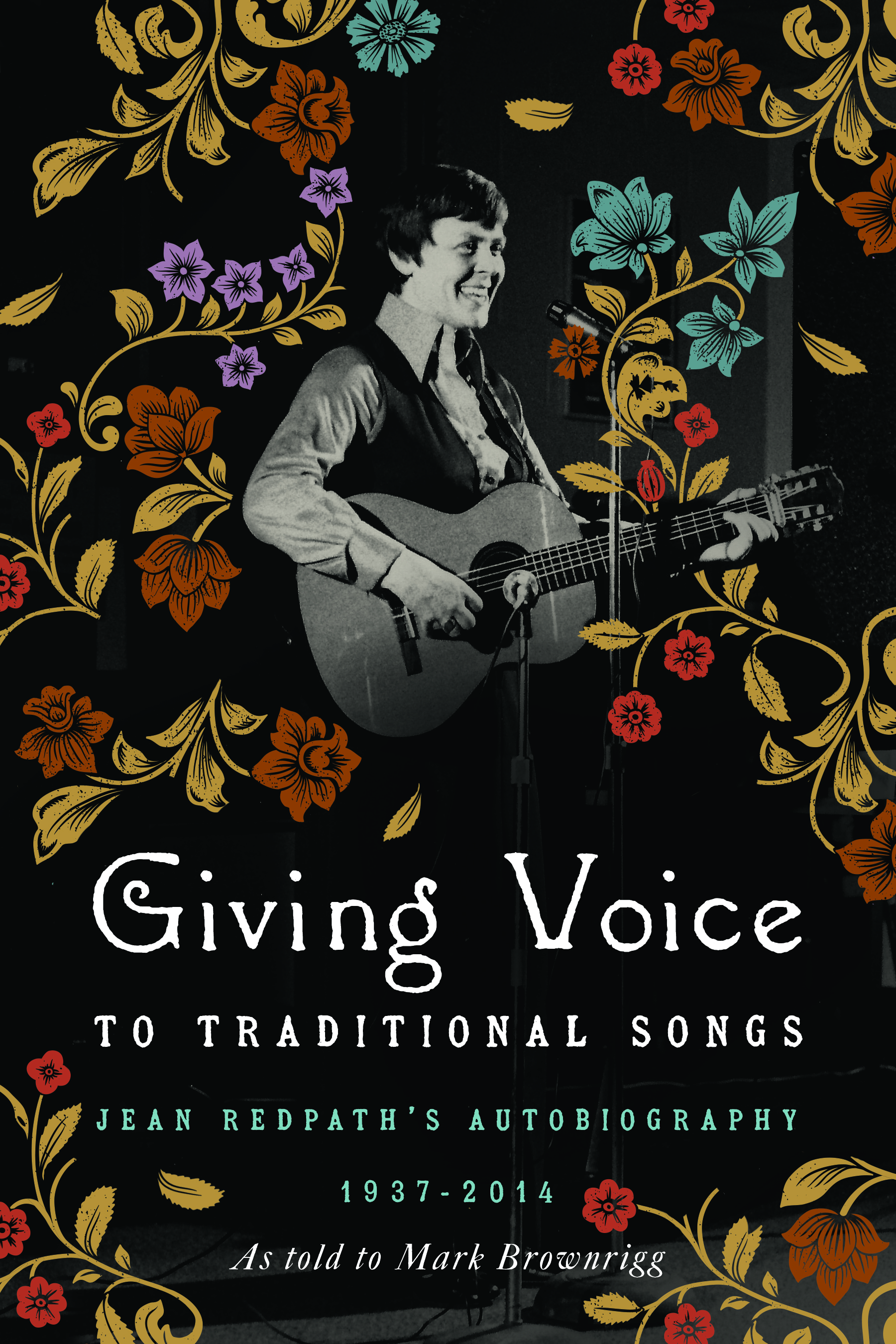 Acclaimed Scottish singer Jean Redpath (1937-2014) is best remembered for her impressive repertoire of ancient ballads, Robert Burns songs, and contemporary folk music, recorded and performed over a career spanning some fifty years, from the 1960s until her death in 2014. In Giving Voice to Traditional Songs, Mark Brownrigg helps capture Redpath's idiosyncratic and often humorous voice through his interviews with her during the last eighteen months of her life. Here Redpath reflects on her humble beginnings, her Scottish heritage, her life's journey, and her mission of preserving, performing, and teaching traditional song.

A native of Edinburgh, Redpath was raised in a family of singers of traditional Scots songs. She broadened her knowledge of the tradition through work with the Edinburgh Folk Society and later as a student of Scottish studies at Edinburgh University. Prior to graduation, Redpath abandoned her studies to follow her passion of singing. Her independent spirit took her to the United States, where she found commercial success amid the Greenwich Village folk-music revival in New York in the 1960s. There she shared a house and concert stages with Bob Dylan and Ramblin' Jack Elliott. Often praised for her unaccompanied, gentle voice, Redpath received a rave review in the New York Times, which launched her career and lead to her wide recognition as a true voice of traditional Scottish songs.

As a regular guest on Garrison Keillor's A Prairie Home Companion radio show, Redpath endeared herself to millions with her soft melodies and amusing tales. Her extensive knowledge of traditional Scottish music history lead to appointments as artist in residence at universities in the United States and Scotland, where she taught courses on traditional song. Among her final performances was a 2009 appearance on the Late Show with David Letterman.

Redpath's extraordinary career has been celebrated with many accolades, including honorary doctorates from several universities, an appointment as Member of the Most Excellent Order of the British Empire by Queen Elizabeth II, and induction into the Scottish Traditional Music Hall of Fame. Although Redpath preferred not to be labeled as a folk singer, a term she found restrictive, she is revered as the most prominent Scottish folk singer of the postwar era.


Mark Brownrigg, retired from careers in banking and higher education, is now a freelance writer and novelist. He is the author of seven historical and contemporary Scottish novels, including Another Chance, Another Life, and a frequent contributor to the Scots Magazine, the Countryman, the the Dalesman, and other regional and leisure publications.

"Jean Redpath was a perfect houseguest. She was friendly and funny, tidy, considerate . . . and she was good at disappearing. She stayed under my roof for weeks, no problem. When you make your living singing beautiful songs in an unintelligible dialect, you need to get along on the kindness of strangers. She was a regular on A Prairie Home Companion and was adored for her wit and her voice even by people with little interest in Scots and their sorrows. It's so good to have Jean in her own words—and hear her voice again."—Garrison Keillor

"This is a warm and compelling account of a life in music, lived with determination, humour, and independence. Along the way, Jean Redpath dispenses wise advice, provides insights into the U. S. folk scene of the 1960s and into her own character, and graciously acknowledges her good fortune alongside her talent."—David McGuinness, University of Glasgow

"Jean was committed to teaching and passing on her love of Scots songs. She brought honesty, integrity, credibility, and soul to her performances. Her professional life was a Masterclass and her legacy in respect to traditional song is hard to overstate."—Pete Heywood, Living Tradition magazine

"Many artists no longer write their autobiography themselves; they tell their their lives to a professional writer who ideally is also a fan. So it is here, and the scribe does a decidedly good job, with Jean Redpath speaking clearly throughout the pages... Down-to-earth, shy, yet confident, endowed with a dry Scottish humor, headstrong and with a clear idea how Scottish ballads should be sung - that was Jean Redpath, and that shines through in this book with wonderful clarity."—Folker magazine