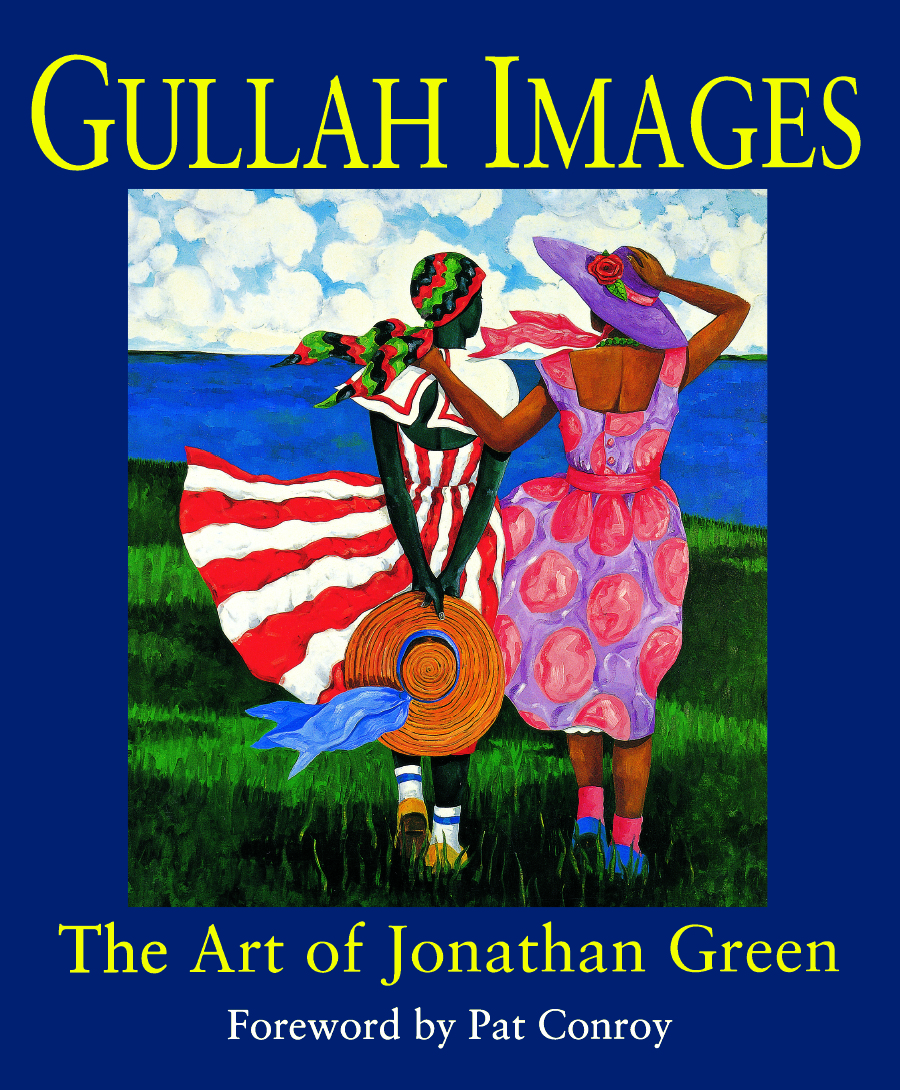 The Art of Jonathan Green

Paintings, magisterial and universal, that capture the essence of a vibrant African American community

In his art Jonathan Green paints the world of his childhood and an ode to a people imbued with a profound respect for the dignity and value of others—the Gullah people of the South Carolina barrier islands. His canvases, beloved for their sense of jubilation and rediscovery, evoke the meaning of community in Gullah society and display a reverence for the rich visual, oral, and spiritual traditions of its culture. His art also reveals a keen awareness of the interpersonal, social, and natural environments in which we live.

The 180 images assembled in this collection showcase the meaning, purpose, and beauty that Green finds in the small but critical tasks of life. His work elevates the everyday—preparing morning meals, doing the wash, accomplishing farming chores, finishing a day's work, relaxing in the evening—and celebrates the social and religious—community dances, baptisms, weddings, funerals. Green allows his audience the space and silence to observe people unobtrusively as they pursue life's mission of labor, love, and belonging and as they work in harmony with nature's mysterious, ever changing fabric.

While Green's paintings speak specifically to his own upbringing, they transcend racial, cultural, and ethnic boundaries, thus allowing individuals of all backgrounds to recall fond memories and to reflect on the place that purpose and dignity hold in their lives.

In addition to a foreword by Pat Conroy, essays by Bettye J. (Mbitha) Parker Smith, Lynn Robertson, and Ronne Hartfield complement Green's images. They tell of the vitality of the Gullah community, the progression of Green's career, and the authenticity of his work.


Jonathan Green is an artist whose work has been featured in major traveling exhibitions, solo presentations, and group shows. His paintings have appeared in such acclaimed publications as American Visions Magazine, the official magazine of the African American Museums Association, and in two children's books, Father and Son and Noah.

"Many of Green's subjects—weddings, funerals, cooking, storytelling—possess a timeless quality, but there are other more contemporary scenes, too, including a blues singer and a group of sunbathers. Whatever their subject, Green's paintings are marked by a richness of tone and spirit and an energy that reaches out from the canvas."—Booklist

"Vibrantly colorful figures burst off the page with Caribbean-like flair. Time and again Green captures scenes that attest not only to his considerable talent but also to the spirit of the Gullah people who have turned the trials of survival into a cultural celebration."—Southern Living

"Artist Jonathan Green's profound respect for his roots and his people is eloquently revealed in his work, intimate glimpses into a lifestyle that has almost disappeared . There are 180 paintings reproduced in the book, all in clor, and covering the period from 1985 to 1995. The first few paintings are wonderfully simple and uncluttered, yet vividly show the artist's remarkable talent. Many of the rest of the plates are much more detailed, with complex compositional arrangements."—Post and Courier