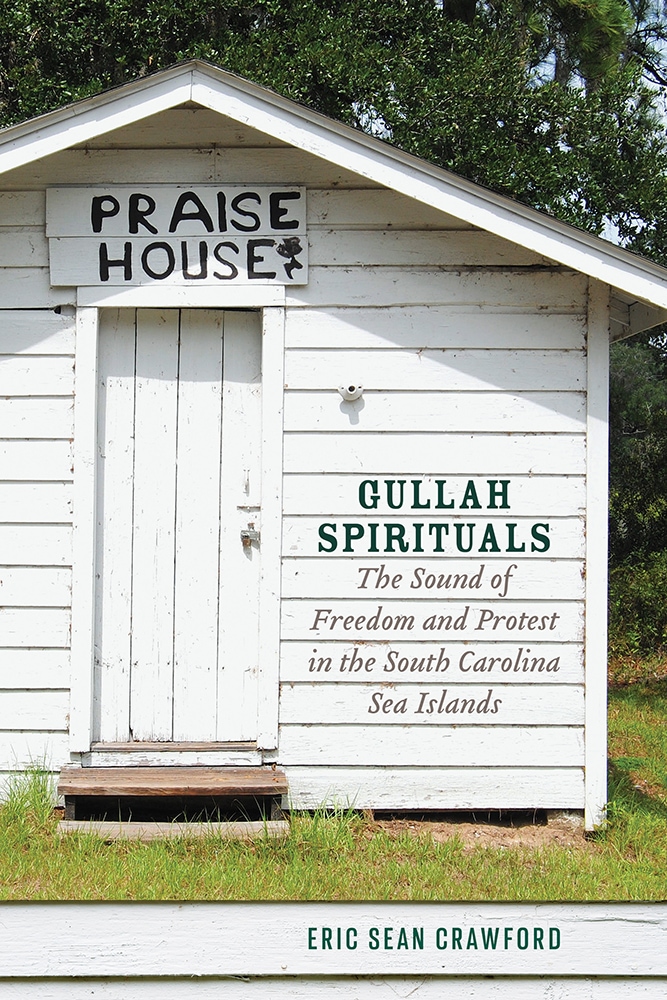 In Gullah Spirituals musicologist Eric Crawford traces Gullah Geechee songs from their beginnings in West Africa to their height as songs for social change and Black identity in the twentieth century American South. While much has been done to study, preserve, and interpret Gullah culture in the lowcountry and sea islands of South Carolina and Georgia, some traditions like the shouting and rowing songs have been all but forgotten. This work, which focuses primarily on South Carolina's St. Helena Island, illuminates the remarkable history, survival, and influence of spirituals since the earliest recordings in the 1860s.

Grounded in an oral tradition with a dynamic and evolving character, spirituals proved equally adaptable for use during social and political unrest and in unlikely circumstances. Most notably, the island's songs were used at the turn of the century to help rally support for the United States' involvement in World War I and to calm racial tensions between black and white soldiers. In the 1960s, civil rights activists adopted spirituals as freedom songs, though many were unaware of their connection to the island.

Gullah Spirituals uses fieldwork, personal recordings, and oral interviews to build upon earlier studies and includes an appendix with more than fifty transcriptions of St. Helena spirituals, many no longer performed and more than half derived from Crawford's own transcriptions. Through this work, Crawford hopes to restore the cultural memory lost to time while tracing the long arc and historical significance of the St. Helena spirituals.

Watch Eric Crawford on SCETV's By The River

Eric Sean Crawford is the director of the Benedict College Honors Program and holds a Ph.D. in musicology from the Catholic University of America. He is the former director of the Charles W. Joyner Institute for Gullah and African Diaspora Studies at Coastal Carolina University, served as musical consultant for the Amazon series Underground Railroad, and is featured in Henry Louis Gates's miniseries, The Black Church.

"Gullah Spirituals is a superb combination of scholarly analysis, personal experience, and intuition. Crawford interviews elderly performers of Gullah spirituals about their life experiences and their music. This creative approach leads to sensitive insights into Gullah culture and the spirituals that have sustained Gullah people for generations."—J. Herman Blake, University of California, Santa Cruz

"Gullah Spirituals is a comprehensive and well-written history of the development of a genre of Black spirituals. Eric Sean Crawford has done a superb and authentic job of updating the available information on this special song form. The reader will find this book to be engaging writing and a must have for his/her library!"—Willis C. Patterson, University of Michigan

"Gullah Spirituals is an incisive, sweeping examination of a powerful, musical tradition... an engaging, accessible work of scholarship that also goes to great lengths to generously shine a bright spotlight on the remarkable Gullah Geechee men and women (past and present) on St. Helena Island who have safeguarded this spiritual repertoire."—Heather L. Hodges, Former Executive Director, Gullah Geechee Cultural Heritage Corridor