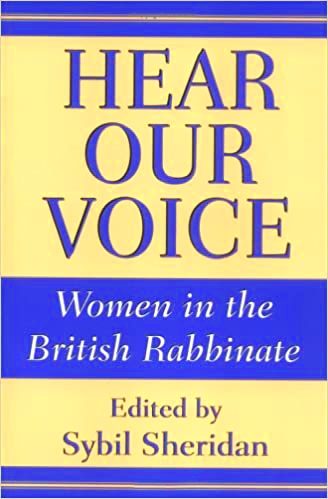 Women in the British Rabbinate

In this anthology by and about Jewish women, fifteen British rabbis discuss the changing role of Jewish clergywomen in the six decades since the private ordination of Regina Jonas, the first woman rabbi. Through personal testimony and scholarly inquiry, they take note of the legacy of their foremothers and grapple with what it means to be a Jewish woman on the eve of the twenty-first century.

The contributors profile women who led the struggle for recognition and respect in the Jewish world. They also recount their own stories, vividly describing the reasons they chose to enter the rabbinate and the challenges they face in the profession.

Delving into the interpretive process from which women have traditionally been excluded, the rabbis examine female role models found in the Hebrew Bible, biblical prophecy and the feminist vision, the authorship of the Song of Songs, and the matter of canonicity from a feminist perspective. They consider such questions as why Judaism has no "sayings of the mothers" and assess contemporary gender issues including Jewish feminist theology, inclusive language, segregated seating in synagogue, and the whole issue of the feminine in Judaism.

Important for Jews and for feminists in general, Hear Our Voice examines issues of significance for Christians as well, with some of the essays addressing the role of women in the Christian faith.