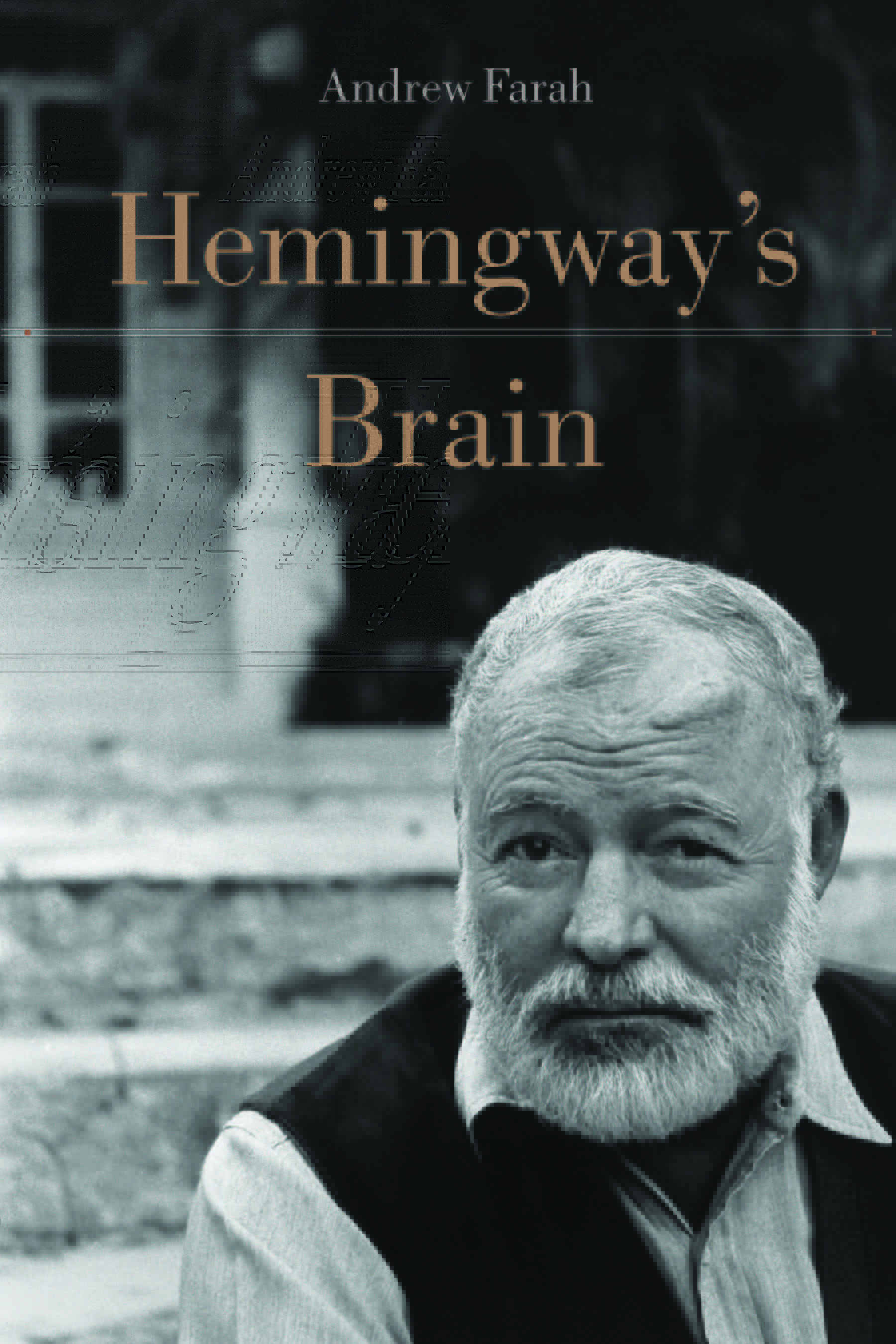 Hemingway's Brain is an innovative biography and the first forensic psychiatric examination of Nobel Prize-winning author Ernest Hemingway. After committing seventeen years to researching Hemingway's life and medical history, Andrew Farah, a forensic psychiatrist, has concluded that the writer's diagnoses were incorrect. Contrary to the commonly accepted diagnoses of bipolar disorder and alcoholism, Farah provides a comprehensive explanation of the medical conditions that led to Hemingway's suicide.

Hemingway received state-of-the-art psychiatric treatment at one of the nation's finest medical institutes, but according to Farah it was for the wrong illness. Hemingway's death was not the result of medical mismanagement, but medical misunderstanding. Farah argues that despite popular mythology Hemingway was not manic-depressive and his alcohol abuse and characteristic narcissism were simply pieces of a much larger puzzle. Through a thorough examination of biographies, letters, memoirs of friends and family, and even Hemingway's FBI file, combined with recent insights on the effects of trauma on the brain, Farah pieces together this compelling, alternative narrative of Hemingway's illness, one that has been missing from the scholarship for too long.

Though Hemingway's life has been researched extensively and many biographies written, those authors relied on the original diagnoses and turned to psychoanalysis and conjecture regarding Hemingway's mental state. Through his research Farah has sought to understand why Hemingway's decline accelerated after two courses of electroconvulsive therapy and in this volume explains which current options might benefit a similar patient today. Hemingway's Brain provides a full and accurate accounting of this psychiatric diagnosis by exploring the genetic influences, traumatic brain injuries, and neurological and psychological forces that resulted in what many have described as his tortured final years. It aims to eliminate the confusion and define for all future scholarship the specifics of the mental illnesses that shaped legendary literary works and destroyed the life of a master.


Andrew Farah serves as the chief of psychiatry at the High Point Division of the University of North Carolina Healthcare System. He is a native of Charleston, South Carolina, and a graduate of Clemson University and the Medical University of South Carolina. Farah completed his residency at Wake Forest University, and in 2014 he was named a Distinguished Fellow of the American Psychiatric Association.

"Hemingway's Brain does not diminish Hemingway; it makes the author's late writings appear more comprehensible—without undercutting their charm and power."—spiked

"Hemingway's Brain provides a new and unique perspective. It's compassionate while shedding scientific light on the factors that transformed a beloved icon and led to his demise."—OakPark.com

"In this meticulously researched study, Andrew Farah fluidly combines his expertise in psychiatry with his considerable knowledge of modernist literature and art to make a valuable contribution to Hemingway scholarship. He corrects medical misdiagnoses and dispels myths of the legend to convey a truer, more textured picture of Hemingway and his work."—Molly Abel Travis, Tulane University

"The book is first-rate and should establish once and for all the persuasive medical intelligence on the much-debated subject of what destroyed Ernest Hemingway."—Scott Donaldson, biographer, author of Hemingway vs. Fitzgerald

"A fascinating study of Hemingway's mental health and the related impact on his life and writings. Farah skillfully examines the family history, alcoholism, and repeated physical traumas that led the literary icon to a tortured and tragic end. An important and original biography of America's greatest writer."—Dirk Cussler, author of Odessa Sea

"Addictively readable, intensively researched, and organized around an expert's corrective diagnosis of Hemingway's psychological states and their causes, this is an indispensable resource for scholars of Hemingway's fiction and for all readers with an interest in his writing and his life of risk-taking action, increasingly fraught relationships, and eventual tragedy."—Wendy Stallard Flory, Purdue University

"It's a gift to Hemingway studies to have a neuropsychiatrist of Dr. Farah's ability offer us not only each detailed, expert attention to the author's case, but also such an invigorating perspective shift... Hemingway's Brain is essential reading."—The Hemingway Review