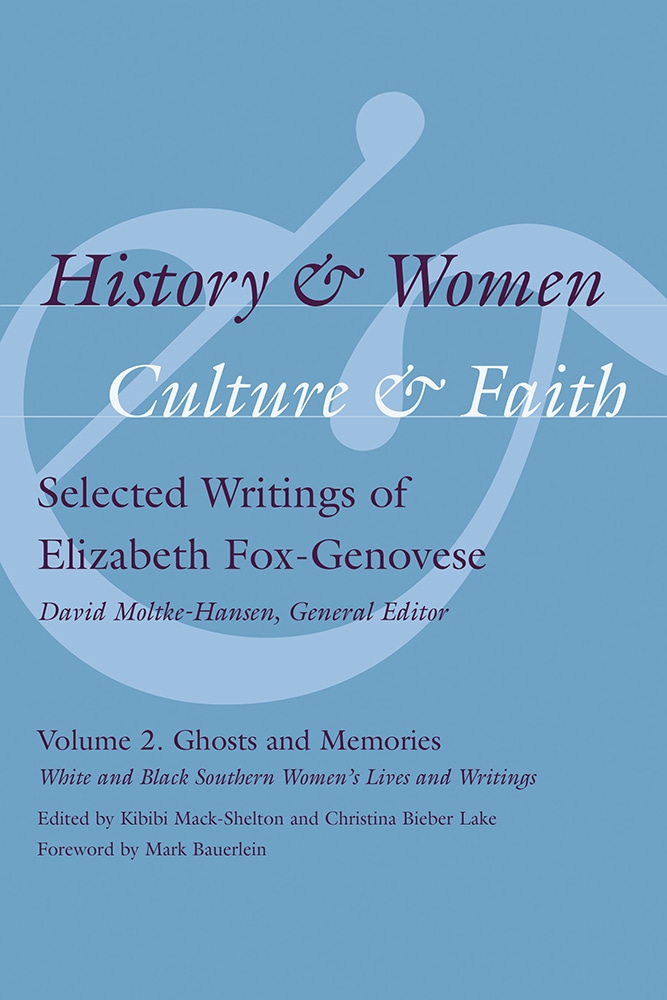 Written between the 1970s and the early twenty-first century, the fifteen pioneering essays in Ghosts and Memories share in decoding and contextualizing the writings and history of white and black southern women. In these essays Elizabeth Fox-Genovese moves beyond literary criticism to give illuminating historical context to the ways that slavery, race, and gender shaped—and were shaped by—the lives and writingsof her subjects from the late-eighteenth century into the twentieth. As a result Fox-Genovese provides readers interpretations and perspectives that at once challenge and transform conventional stereotypes that frame our ideas about women's roles in Southern history and about texts reflecting on those roles.

Fox-Genovese's essays in this and other volumes provoke thought and insight with their combination of clarity and subtlety. Here she illuminates books out of the Harlem Renaissance by Zora Neale Hurston and out of Civil War-era Alabama by Augusta Jane Evans Wilson. And her keen assessments of autobiographies of white activist Katharine Du Pre Lumpkin and black poet and activist Maya Angelou still resonate as fresh and powerful readings. Even the fictional character Scarlett O'Hara looks strikingly different under Fox-Genovese's gaze. Scholars will find this volume a window on aspects of understudied subjects and also an opportunity to engage in the challenges of reading and interpreting powerful texts created from psychologically and historically fraught circumstances.

Volume 2 also includes a foreword by Mark Bauerlein, professor of English at Emory University and author of Negrophobia: A Race Riot in Atlanta, 1906.


One of Fox-Genovese's former students, Kibibi Mack-Shelton was previously the Tyler and Alice Haynes Professor at the University of Richmond. She is the author of Parlor Ladies and Ebony Drudges: African American Women, Class, and Work in a South Carolina Community and Ahead of Her Time in Yesteryear: Geraldyne Pierce Zimmerman Comes of Age in a Southern African American Family.

Christina Bieber Lake, also one of Fox-Genovese's former students, is an associate professor of English at Wheaton College and the author of The Incarnational Art of Flannery O'Connor.