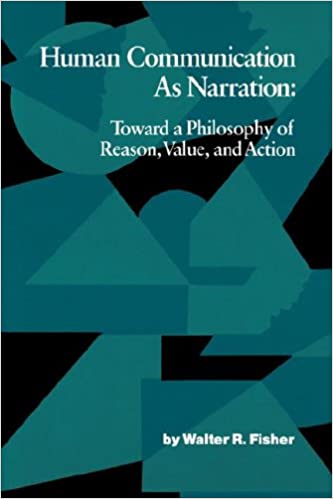 Toward a Philosophy of Reason, Value, and Action

This book addresses questions that have concerned rhetoricians, literary theorists, and philosophers since the time of the pre-Socratics and the Sophists: How do people come to believe and to act on the basis of communicative experiences? What is the nature of reason and rationality in these experiences? What is the role of values in human decision making and action? How can reason and values be assessed? In answering these questions, Professor Fisher proposes a reconceptualization of humankind as homo narrans, that all forms of human communication need to be seen as stories—symbolic interpretations of aspects of the world occurring in time and shaped by history, culture, and character; that individuated forms of discourse should be considered "good reasons"—values or value-laden warrants for believing or acting in certain ways; and that a narrative logic that all humans have natural capacities to employ ought to be conceived of as the logic by which human communication is assessed.

Walter R. Fisher (1931–2018) was professor emeritus of communication and former director of the Annenberg School of Communication, University of Southern California. His groundbreaking 1987 study, Human Communication as Narration, won the National Communication Association's James A. Winans-Hebert A. Wichelns Memorial Award for Distinguished Scholarship in Rhetoric and Public Address.

"This is a volume that is of considerable consequence for the future of the humanities and the social sciences."—Calvin O. Schrag, Purdue University