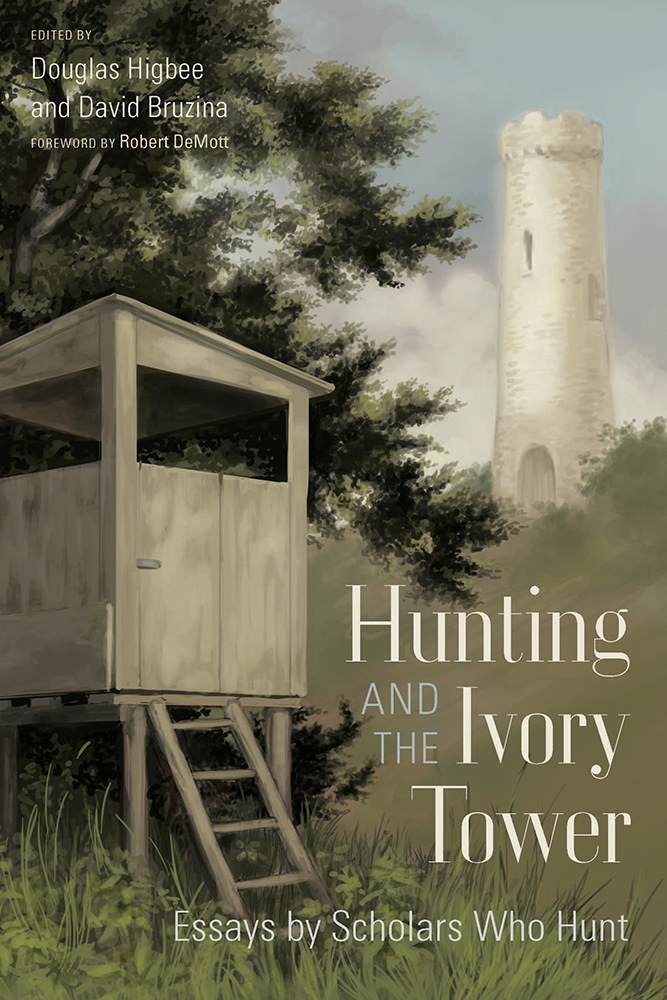 Hunting and the Ivory Tower

Essays by Scholars Who Hunt

Despite the academy having a reputation for supporting broad and open inquiry in scholarship, some academics have not extended this open-minded support to colleagues' personal pursuits. A variety of scholars enjoy hunting, which has been stereotyped by some as an activity of the unsophisticated. In Hunting and the Ivory Tower, Douglas Higbee and David Bruzina present essays by seventeen hunter-scholars who explore the hunting experience and question negative assumptions about hunting made by intellectuals and academics who do not hunt.

Higbee and Bruzina suspect most academics' understanding of hunting is based on brief television news reports of hunter-politicians and commercials for reality TV shows such as Duck Dynasty. The editors contend that few scholars appreciate the complexities of hunting or give much thought to its ethical, ecological, and cultural ramifications. Through this anthology they hope to start a conversation about both hunting and academia and how they relate.

The contributors to this anthology are academics from a variety of disciplines, each with firsthand hunting experience. Their essays vary in style and tone from the scholarly to the personal and represent the different ways in which scholars engage with their avocation. The essays are grouped into three sections: the first focuses on the often-fraught relation between hunters and academic culture; the second section offers personal accounts of hunting by academics; and the third portrays hunting from an explicitly academic point of view, whether in terms of value theory, metaphysics, or history. Combined, these essays render hunting as a culturally rich, deeply personal, and intellectually satisfying experience worthy of further discussion.

A foreword is provided by Robert DeMott, the Edwin and Ruth Kennedy Distinguished Professor at Ohio University in Athens, Ohio. He is a teacher, writer, critic, and internationally respected expert on novelist John Steinbeck.


Douglas Higbee is an associate professor of English and the Anonymous Endowed Professor of the Humanities at the University of South Carolina Aiken, where he teaches twentieth-century British literature and literary theory. He is the editor of Military Culture and Education and the author of several articles on twentieth-century soldier poetry and the British veterans' movement. He is also coeditor of Teaching Representations of the First World War and co-author of In Their Own Words: Augusta and Aiken Area Veterans Remember World War II.

David Bruzina teaches English as a second language and composition in the English Department at the University of South Carolina Aiken.

"Douglas Higbee and David Bruzina's Hunting and the Ivory Tower is a groundbreaking book. Not since José Ortega y Gasset's Meditations on Hunting have essays probed so deeply into the ways in which hunting restores and deepens our connection to the woods and the wild creatures who live there."—H. William Rice, author of The Lost Woods: Stories

"An important contribution to our understanding of this complex and controversial subject. It should be read by everyone who has ever wondered how academics and other educated individuals can enjoy an avocation that, by its very nature, may seem to many to be unethical, if not downright immoral."—John F. Reiger, author of Escaping Into Nature: The Making of a Sportsman-Conservationist and Environmental Historian