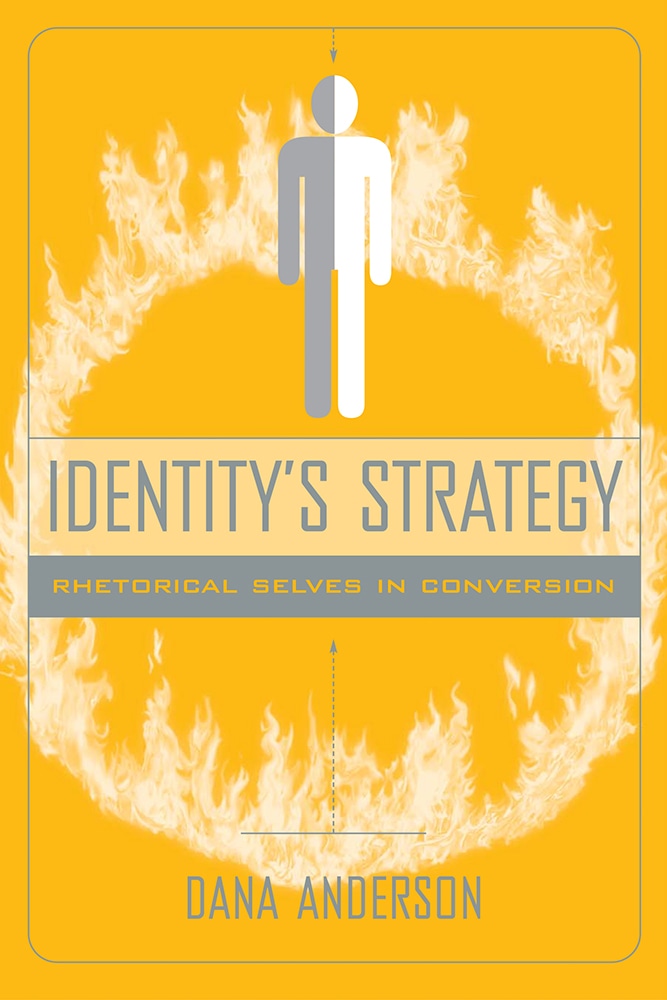 In Identity's Strategy, Dana Anderson seeks to construct a rhetorical theory for understanding persuasive strategies involved in the expression of personal identity. Drawing on Kenneth Burke's "Dialectic of Constitutions," Anderson analyzes conversion narratives to illustrate how the authors of these autobiographical texts describe dramatic changes in their identities as a means of influencing the beliefs and action of their readers.

Often a troubling theoretical term, identity conveys the idea that people possess a certain capacity for self-understanding and self-definition. But whatever the forces at work behind the identity one claims, the act of communicating this self-interpretation to others is inherently rhetorical. Expanding on Burkean concepts of human symbol use, Anderson works to parse and critique such inevitable persuasive ends of identity constitution.

Anderson examines the strategic presentation of identity in four narratives of powerful religious, sexual, political, and mystical conversions: Catholic social activist Dorothy Day's The Long Loneliness, political commentator David Brock's Blinded by the Right, Deirdre McCloskey's memoir of transgender transformation, Crossing, and the well-known Native American text Black Elk Speaks. Mapping the rhetorical strategies at play in each narrative, Anderson points toward a broader understanding of how identity is made—and how it is made persuasive.


Dana Anderson is an assistant professor of English at Indiana University and an editor of the KB Journal. His work has appeared in Philosophy and Rhetoric, College Composition and Communication, Rhetoric Society Quarterly, Queen, and Journal of Popular Culture.

"Dana Anderson gets identity. And with this book he gives identity a critical place in rhetorical studies. Cinched to Kenneth Burke's theory of constitutions, the book's four case studies in conversion are as gripping as they are revealing. The payoff here is much more than an elegant argument about how identity matters or an expert reading of Burke (though it is certainly both of these). Identity's Strategy theorizes anew a whole cluster of concepts—agency, agonism, belief, ethos, and, importantly, transformation—the very stuff of rhetoric."—Debra Hawhee, author of Bodily Arts: Rhetoric and Athletics in Ancient Greece

"Successfully drawing on critical theory and the ideas of Kenneth Burke, Dana Anderson strikes new ground concerning the idea that 'identity' is a complex act of rhetorical constitution. Intriguing theoretical chapters and illuminating case studies explore aspects of identity heretofore understood only dimly. Moreover, Anderson indicates important paths that fans of Burke ought to follow with vigor. Identity's Strategy is persuasive and thoroughly engaging."—Ross Wolin, author of The Rhetorical Imagination of Kenneth Burke