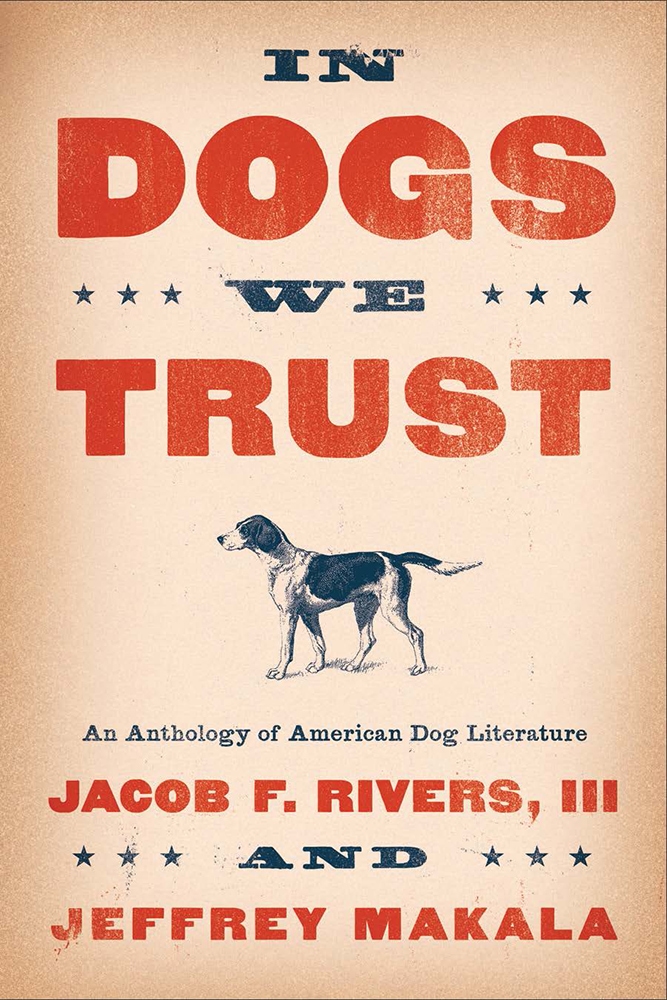 In Dogs We Trust

An Anthology of American Dog Literature

Dogs have lived with humans for thousands of years as working partners. By the nineteenth century their role expanded to companions. American dog literature reflects this gradual but dramatic shift that continues even today. Our household dogs are quite literally closer than ever to us: sleeping in our beds, getting dressed in Halloween costumes, and serving as emotional support companions.

In Dogs We Trust is the first comprehensive anthology of American dog literature. It features stories, anecdotes, and poetry that celebrate the many sterling virtues of the canine species. By mining the vast American literary archive of nineteenth and early twentieth-century periodicals, Jacob F. Rivers III and Jeffrey Makala reveal the mystique and magic of the human-canine relationship and what they believe is one of the best connections humans have to the mysteries of the natural world.

This grand anthology features a rich harvest of fiction and nonfiction in which the canine heroes and heroines think and act in ways that illuminate their unquestioning loyalty and devotion. By taking dog literature seriously, Rivers and Makala believe we can learn more about our animal companions, ourselves, and our national literature. For them dog literature is American literature; it helps us explore and explain who we are and who we wish to be.

Jacob F. Rivers III is the director for the Office of Veterans Services at the University of South Carolina and a teacher in the Department of English. He is the author of Cultural Values in the Southern Sporting Narrative and Early Southern Sports and Sportsmen: 1830–1910. Jeffrey Makala is special collections librarian and university archivist at Furman University and owner of Two Terriers Press. He has written on nineteenth-century American literature and book history in the Papers of the Bibliographical Society of America, Literature & History, Printing History, and The Oxford Companion to the Book.

"A lovely read to honor the many roles dogs play in human life."—Booklist

"Here are Mac and Max, Tiger, Tony, Tumbler, and Telemachus, Bruce, Belle, and Biddie. 'Do not tell me dogs cannot talk. I know better,' asserts a writer in this delightful anthology, where literarily adept and devoted humans transcribe and translate for their often noble, sometimes naughty, but always loving canine companions."—Rachel Toor, Chronicle of Higher Education

"A fascinating, moving—and unique—anthology, In Dogs We Trust is a treasure trove of essays, poems, memoirs, and newspaper articles that captures the breadth, depth, and complexity of American musings about the dog, mostly from the late-eighteenth to the early twentieth century. This unique collection beautifully represents our complex relationship with dogs, with nature, and with humans."—Cat Warren, author of What the Dog Knows: Scent, Science, and the Amazing Ways Dogs Perceive the World

"Most anyone who has known the inexpressible joy a staunch canine companion can bring realizes that we human beings, imbued with godly qualities by the dogs we own, are likewise specially blessed. Whether cast in the role of pets, working animals, or hunting helpmates, they bring magic into our lives through brightening our days and lightening our ways. Indeed, they seize and hold our hearts, after a fashion owning us at least as much as we own them. Get comfortable, mayhap with a dog at your feet as you have this book in hand. Trust me, these pages will bring a full measure of armchair pleasure."—Jim Casada, past president, Outdoor Writers Association of America

"Southerners are devoted to their gardens, their pickup trucks and, of course, their dogs. That devotion is evidenced in the anthology "In Dogs We Trust," a celebration of dogs' role in American literature... It's great reading for the upcoming dog days of summer."—Augusta Chronicle