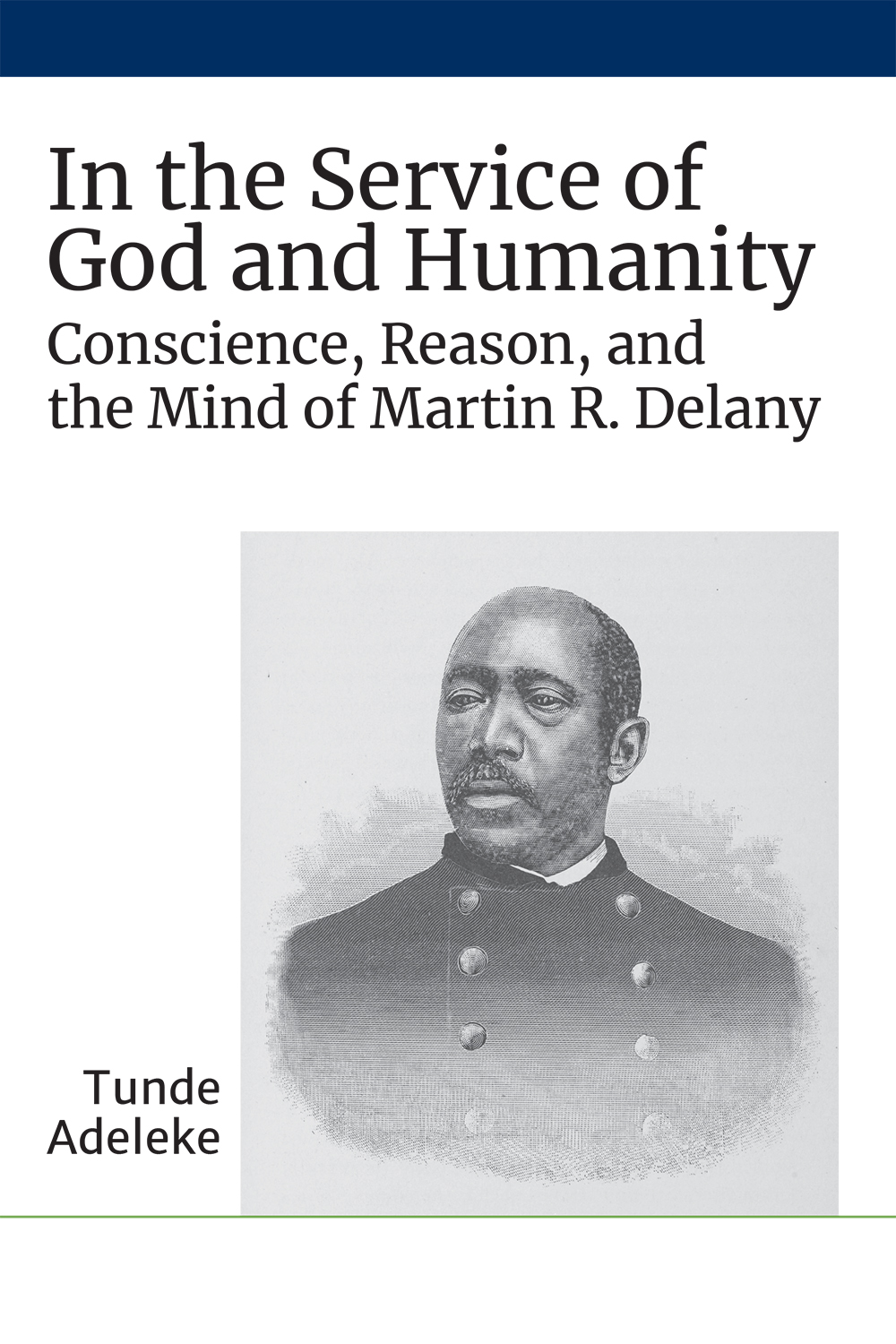 In the Service of God and Humanity

Conscience, Reason, and the Mind of Martin R. Delany

An analysis of Black activist Martin R. Delany's humanist vision for a world where everyone feels validated and empowered

Martin R. Delany (1812-1885) was one of the leading and most influential Black activists and nationalists in American history. His ideas have inspired generations of activists and movements, including Booker T. Washington in the late nineteenth century, Marcus Garvey in the early 1920s, Malcolm X and Black Power in 1960s, and even today's Black Lives Matter. Extant scholarship on Delany has focused largely on his Black nationalist and Pan-Africanist ideas. Tunde Adeleke argues that there is so much more about Delany to appreciate. In the Service of God and Humanity reveals and analyzes Delany's contributions to debates and discourses about strategies for elevating Black people and improving race relations in the nineteenth century.

Adeleke examines Delany's view of Blacks as Americans who deserved the same rights and privileges accorded Whites. While he spent the greater part of his life pursuing racial equality, his vision for America was much broader. Adeleke argues that Delany was a quintessential humanist who envisioned a social order in which everyone, regardless of race, felt validated and empowered.

Through close readings of the discourse of Delany's humanist visions and aspirations, Adeleke illuminates many crucial but undervalued aspects of his thought. He discusses the strategies Delany espoused in his quest to universalize America's most cherished of values—life, liberty, and the pursuit of happiness—and highlights his ideological contributions to the internal struggles to reform America. The breadth and versatility of Delany's thought become more evident when analyzed within the context of his American-centered aspirations. In the Service of God and Humanity reveals a complex man whose ideas straddled many complicated social, political, and cultural spaces, and whose voice continues to speak to America today.


Tunde Adeleke is a professor of history and director of the African and African American Studies Program at Iowa State University. He is the author of the critically acclaimed UnAfrican Americans: Nineteenth-Century Black Nationalists and the Civilizing Mission as well as numerous books and articles on Martin R. Delany.

"In this perceptive study, Tunde Adeleke brings to light the diasporic contours of Delany's orbit and the fierce, perspicacious intellect of this nineteenth century Africana figure. The result is a judicious, riveting account of religion, race, politics, and the Africana struggle for freedom whose vectors Delaney embodied with complexity and brilliance. Adeleke has bequeathed a true gem for Africana studies and related disciplines."—Sylvester Johnson, Virginia Tech

"Adeleke shows that Delaney was alternatively a separatist, integrationist, militarist, and accommodationist before returning to his previous belief in emigration. Despite his changing methods, a puzzling belief in the power of moral suasion animated all of Delaney's emancipationist efforts."—Civil War Book Review