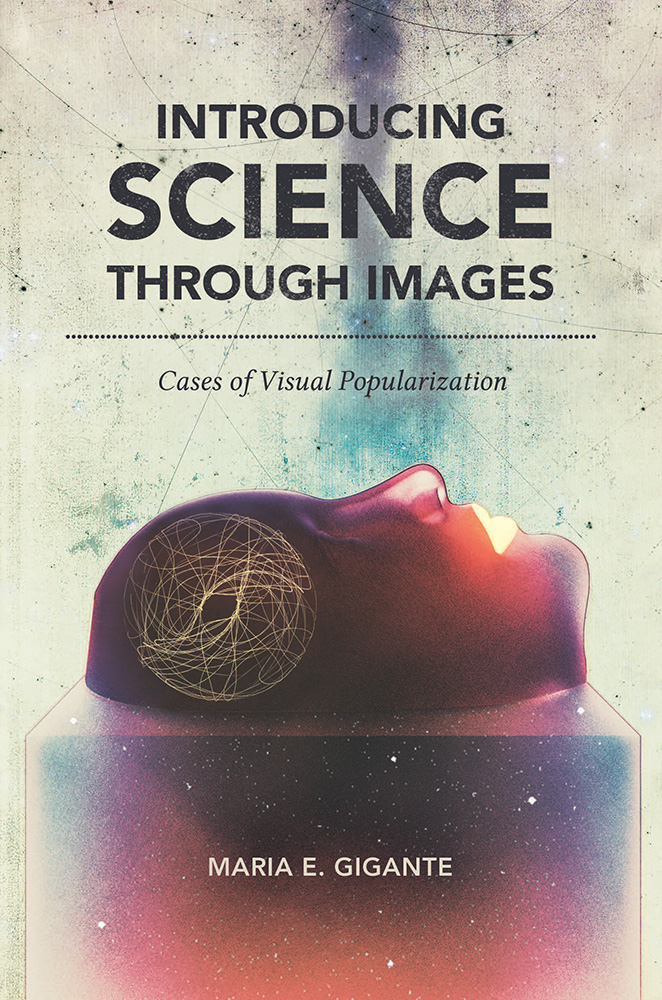 As funding for basic scientific research becomes increasingly difficult to secure, public support becomes essential. Because of its promise for captivating nonexpert publics, the practice of merging art and imagery with science has been gaining traction in the scientific community. While images have been used with greater frequency in recent years, their value is often viewed as largely superficial. To the contrary, Maria E. Gigante posits in Introducing Science through Images, the value of imagery goes far beyond mere aesthetics—visual elements are powerful communication vehicles.

The images examined in this volume, drawn from a wide range of historical periods, serve an introductory function—that is, they appear in a position of primacy relative to text and, like the introduction to a speech, have the potential to make audiences attentive and receptive to the forthcoming content. Gigante calls them "portal" images and explicates their utility in science communication, both to popularize and mystify science in the public eye.

Gigante analyzes how science has been represented by various types of portal images: frontispieces, portraits of scientists, popular science magazine covers, and award-winning scientific images from Internet visualization competitions. Using theories of rhetoric and visual communication, she addresses the weak connection between scientific communities and the public and explores how visual elements can best be employed to garner public support for research.


Maria E. Gigante is an associate professor of rhetoric and writing studies in the English Department at Western Michigan University, where she has spearheaded the development of a science-writing curriculum. Her work on the visual rhetoric of science has appeared in Rhetoric Review and the Journal of Technical Writing and Communication.

"Using a longitudinal approach and a rich array of analytic tools, Gigante deeply interrogates the efficacy of portal images across multiple genres. The volume reflects a wealth of expertise about visual theory, set in a context of keen historical awareness. Gigante's study is itself a portal to the fascinating, complex world of contemporary visual theory."—Kathryn Northcut, Missouri University of Science and Technology

"Gigante's book represents a genuine step forward in our understanding of scientific images in the popular media. As a result of her efforts, you will never look at these images in the same way."—Alan G. Gross, professor emeritus of communication studies, University of Minnesota

"In this very original and insightful book Maria Gigante examines the persuasive and epideictic power of 'portal images' in making scientific discoveries more accessible, engaging, and transparent to large public audiences. Sophisticated, original, and meticulously researched, this book makes a superb contribution both to the rhetoric of science and to visual rhetoric in professional communication—both of which are increasingly important areas of study in our field."—Charles Kostelnick, Iowa State University

"Gigante's book adeptly examines an oft-overlooked aspect of science communication and offers a rhetorical toolkit for critical analysis of images, their uses, and their effects. By developing an ethical code for popular science visualizations, this book offers readers a vocabulary for comprehending and discussing images, and a heuristic for developing visuals that more effectively reach their intended audiences and meet their communication goals."—Sarah Perrault, University of California, Davis