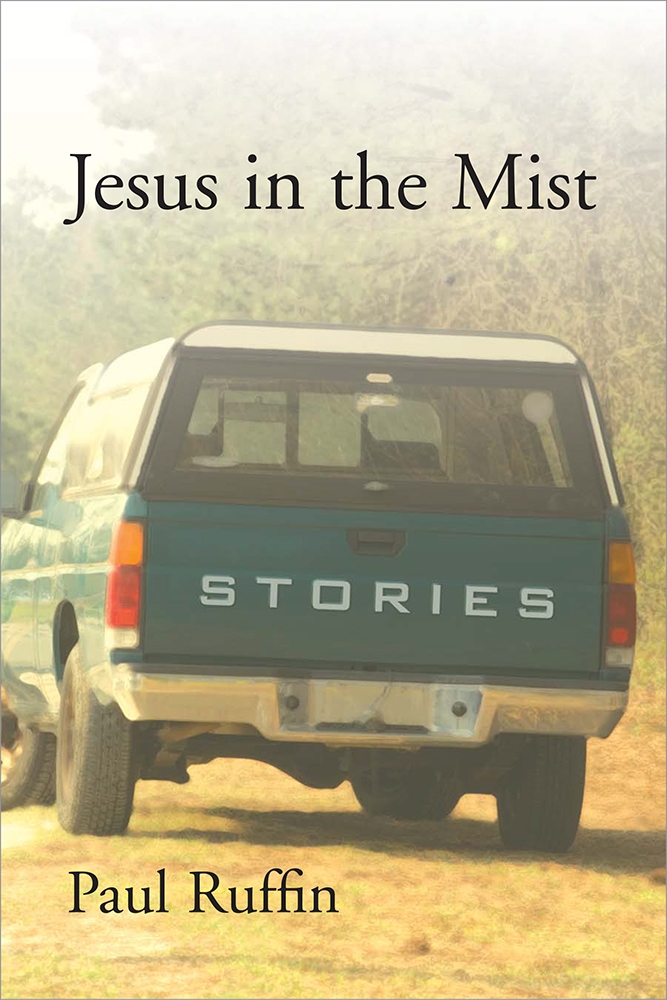 Jesus in the Mist

"Mister, most stories about people are sad. The ones about animals sometimes turn out all right, but not them about people," muses a character in master storyteller Paul Ruffin's yarn of obsession and quest "In Search of the Tightrope Walker." Raging against this fated sadness—and often against a deadening and inescapable status quo—the characters in Ruffin's newest collection, Jesus in the Mist, populate an imaginative vision of the hardscrabble Deep South where history, culture, and expectations are set firmly against them.

Like Flannery O'Connor before him, Ruffin views the South as dark with humor and rife with violence. He writes of places and times where religion, race, class, sex, abuse, poverty, mythology, and morbidity coalesce to expose humanity at its basest and its most redeeming. Peppered with the vivid dialogue, colorful descriptions, and idiosyncratic comedy that define Ruffin's work, this volume is divided into two sections: the first group of stories addresses complexities of relationships between men and women, and the second recounts episodes of initiation in which characters grapple with divided loyalties.

Collectively these stories paint a panoramic view of Southern culture as dynamic characters take a stab at their destinies—and sometimes at each other. Whether they are facing the visage of Christ in a motel bathroom mirror, blasting a murder of crows with military-grade artillery, outrunning a mythical beast through moonlit woods, or taking an armed stance against integration at a gas station water fountain, many of Ruffin's characters are zealots on the edge of reason. Here confidence men, thugs, and rednecks push their agendas on unsuspecting audiences. But there are those as well who search for a lost childhood love, exorcise a sexual predator from the home, return to a discarded life, and spare a man's life when no one would be the wiser. These individuals long for restoration, redemption, and righteousness. Both populations come together in Ruffin's South, where madness and faith hold equal sway and no amount of sadness can keep yearned-for possibilities from still being perceived as attainable.


Paul Ruffin is a Regents Distinguished Professor of English at Sam Houston State University, where he teaches creative writing, edits the Texas Review, and directs the Texas Review Press. He is the author of five collections of poetry, two novels, two books of essays, and three collections of short stories. In addition he has edited or coedited eight other books. Ruffin's work has appeared widely in literary journals, magazines, and newspapers and has been featured on National Public Radio.

"The rural South of the 1960s is the setting of Ruffin's stories, many of which feature characters proud to be successful high school dropouts with minimum-wage jobs. Flawed, stubborn characters pursuing their dreams and on a quest to understand their purpose dominate these stories, which paint a realistic picture of the social tensions of the time."—Library Journal

"Jesus in the Mist is a wonderful collection of stories by a southern taleteller who knows how to make even his sentences move across the page in a series of surprises. . . . Ruffin invites us to ride shotgun with him through a roughhewn world that might easily exist down any one of the those isolated highway exits no one ever takes."—Janet Desaulniers, author of What You've Been Missing

Finalist, 2008 ForeWord Magazine Book of the Year for Short Stories