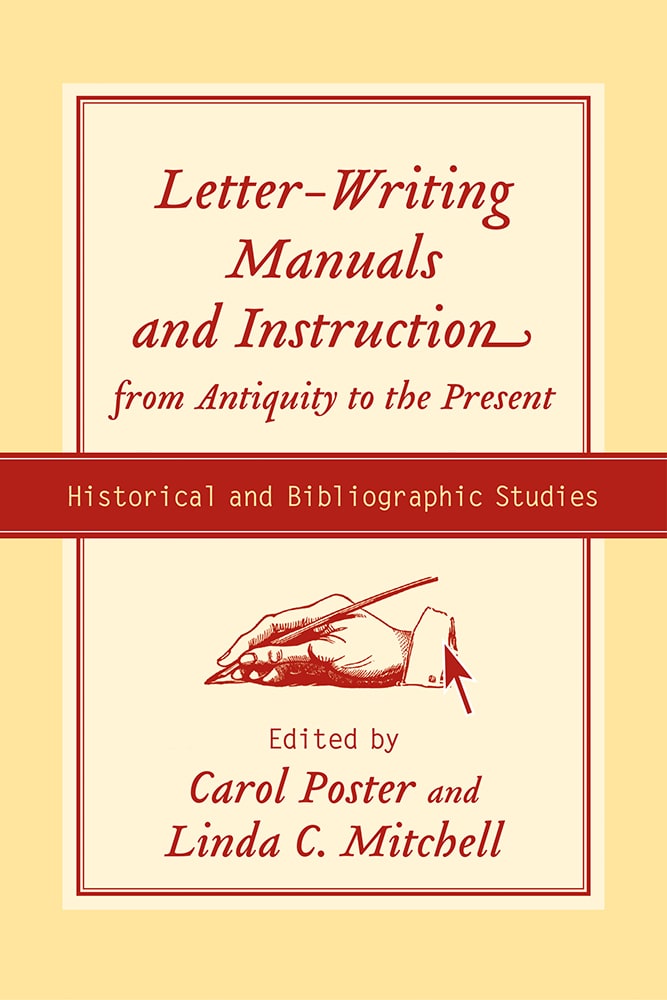 Letter-Writing Manuals And Instruction from Antiquity to the Present

Once nearly as ubiquitous as dictionaries and cookbooks are today, letter-writing manuals and their predecessors served to instruct individuals not only on the art of letter composition but also, in effect, on personal conduct. Carol Poster and Linda C. Mitchell contend that the study of letter-writing theory, which bridges rhetorical theory and grammatical studies, represents an emerging discipline in need of definition. In this volume they gather the contributions of eleven experts to sketch the contours of epistolary theory and collect the historic and bibliographic materials that form the basis for its study.

Robert G. Sullivan pushes back the origin of the genre to Isocrates' classical epistolary theory and letters, and Poster continues the search through antiquity by summarizing Greek and Latin works to discover the epistolary theory that permeated ancient schooling. Malcolm Richardson surveys medieval dictamen, and Martin Carmago places letter-writing manuals in their educational context of fifteenth-century Oxford.

Drawing attention to the broadening of the Renaissance model, Mitchell traces modern letter-writing instruction through eloquence handbooks, self-teaching manuals, and grammar books. John T. Gage surveys the patterns of inclusion and exclusion from late nineteenth- and early twentieth-century composition textbooks, and Joyce R. Walker considers how the electronic medium is reviving a long-neglected form of the epistolary tradition. A substantial collection of bibliographies close the volume, offering a compendium of sources for this burgeoning field.


Carol Poster, an associate professor of English at York University in Toronto, has written numerous articles and book chapters on the history of rhetoric, the rhetoric of philosophy and religion, and classical tradition. She has also published translations of Arstophanes' Clouds and Plautus' Stichus. Poster has won the 2003 Kneupper Award for best article in Rhetoric Society Quarterly and the 1997 Gildersleeve Prize for best article in American Journal of Philology.

Linda C. Mitchell, a professor of English at San José State University, is the author of Grammar Wars: Language as Cultural Battleground in Seventeenth and Eighteenth Century England and coeditor, with Susan Green, of The Cultural History of Letter Writing.

"This book provides, for the first time, and in detail, a chronological account of how letter-writing has been taught from the fourth-century B.C. in Greece to the electronic communication of today. Included are analyses of numerous medieval, renaissance, and modern letter-writing manuals and collections of model epistles, as well as consideration of how these works reflect changing political, economic, and social conditions. Suggestions are made for additional research, and an extensive bibliography of primary and secondary works is provided. The book will interest readers studying the history of education and interested in how letter writing has influenced the literature and thought of Western Europe."—George A. Kennedy, Paddison Professor of Classics Emeritus, University of North Carolina at Chapel Hill

"Here is scholarship at its best. Eleven experts in the history of letter writing each present brilliantly their own area of primary expertise, from ancient Greece to the age of electronic communication. With its comprehensive bibliographies, meticulously compiled and painstakingly arranged, this book will be an indispensable tool for any scholar doing serious work in the field."—Manfred Kraus, academic councilor, Philological Seminar, University of Tübingen