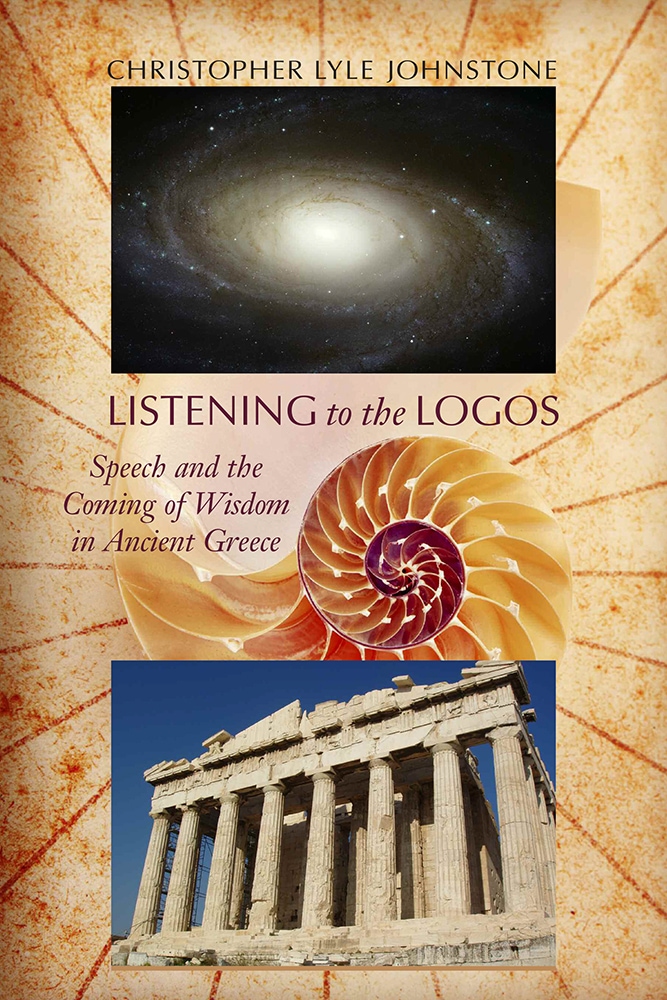 Listening to the Logos

Speech and the Coming of Wisdom in Ancient Greece

In Listening to the Logos, Christopher Lyle Johnstone provides an unprecedented comprehensive account of the relationship between speech and wisdom across almost four centuries of evolving ancient Greek thought and teachings—from the mythopoetic tradition of Homer and Hesiod to Aristotle's treatises. Johnstone grounds his study in the cultural, conceptual, and linguistic milieu of archaic and classical Greece, which nurtured new ways of thinking about and investigating the world. He focuses on accounts of logos and wisdom in the surviving writings and teachings of Homer and Hesiod, the Presocratics, the Sophists and Socrates, Isocrates and Plato, and Aristotle. Specifically Johnstone highlights the importance of language arts in both speculative inquiry and practical judgment, a nexus that presages connections between philosophy and rhetoric that persist still. His study investigates concepts and concerns key to the speaker's art from the outset: wisdom, truth, knowledge, belief, prudence, justice, and reason. From these investigations certain points of coherence emerge about the nature of wisdom—that wisdom includes knowledge of eternal principles, both divine and natural; that it embraces practical, moral knowledge; that it centers on apprehending and applying a cosmic principle of proportion and balance; that it allows its possessor to forecast the future; and that the oral use of language figures centrally in obtaining and practicing it. Johnstone's interdisciplinary account ably demonstrates that in the ancient world it was both the content and form of speech that most directly inspired, awakened, and deepened the insights comprehended under the notion of wisdom.

Christopher Lyle Johnstone is an associate professor of rhetoric and basic course director in the Department of Communication Arts and Sciences at the Pennsylvania State University. A specialist in rhetoric and philosophy, communication ethics, and Greek rhetorical theory, Johnstone is the editor of Theory, Text, Context: Issues in Greek Rhetoric and Oratory. His articles and essays have appeared in the Encyclopedia of Rhetoric, Philosophy and Rhetoric, the Quarterly Journal of Speech, Advances in the History of Rhetoric and in several edited volumes.

"Listening to the Logos is a creatively insightful synthesis of primary works and secondary scholarship that explains the dynamic interaction between logos and sophia in ancient Greek thought by examining the relationship of these critical concepts with such developing notions as phronesis, nous, and doxa. Johnstone's meticulous and detailed scholarship reveals how the meaning of wisdom changes from mythic to pragmatic and, in the process of his analysis, readers benefit from insights into the diachronics of Greek mentalities, the forces at work that shape thought and expression, and the implications of those modifications across time. Johnstone explains the grounding of Hellenic rhetoric and philosophy, offers a sensitive understanding of issues of morality, and establishes a context for such important thinkers as Plato, Aristotle and the Sophists. True to the spirit of this work, Johnstone also reflects on his own developing notions of the relationship between thought and expression in rhetoric."—Richard Leo Enos, Piper Professor and Lillian Radford Chair of Rhetoric and Composition,Texas Christian University

"Listening to the Logos is the magnum opus from Christopher Johnstone that scholars of classical rhetoric have been waiting for. Johnstone gives us a comprehensive account of the evolving relationship between wisdom and reasoned speech across some four centuries of Greek thought, from Homer to Aristotle. The synthesis of primary texts is unparalleled in previous rhetorical studies and the narrative crafted in these pages sparkles with the originality and insight we've come to expect from Johnstone. His study moves with remarkable thoroughness and pithy prose to advance our knowledge of how wisdom was formed and expressed in the classical world."—Edward Schiappa, Paul W. Frenzel Chair in Liberal Arts and Department of Communication Studies chair, University of Minnesota