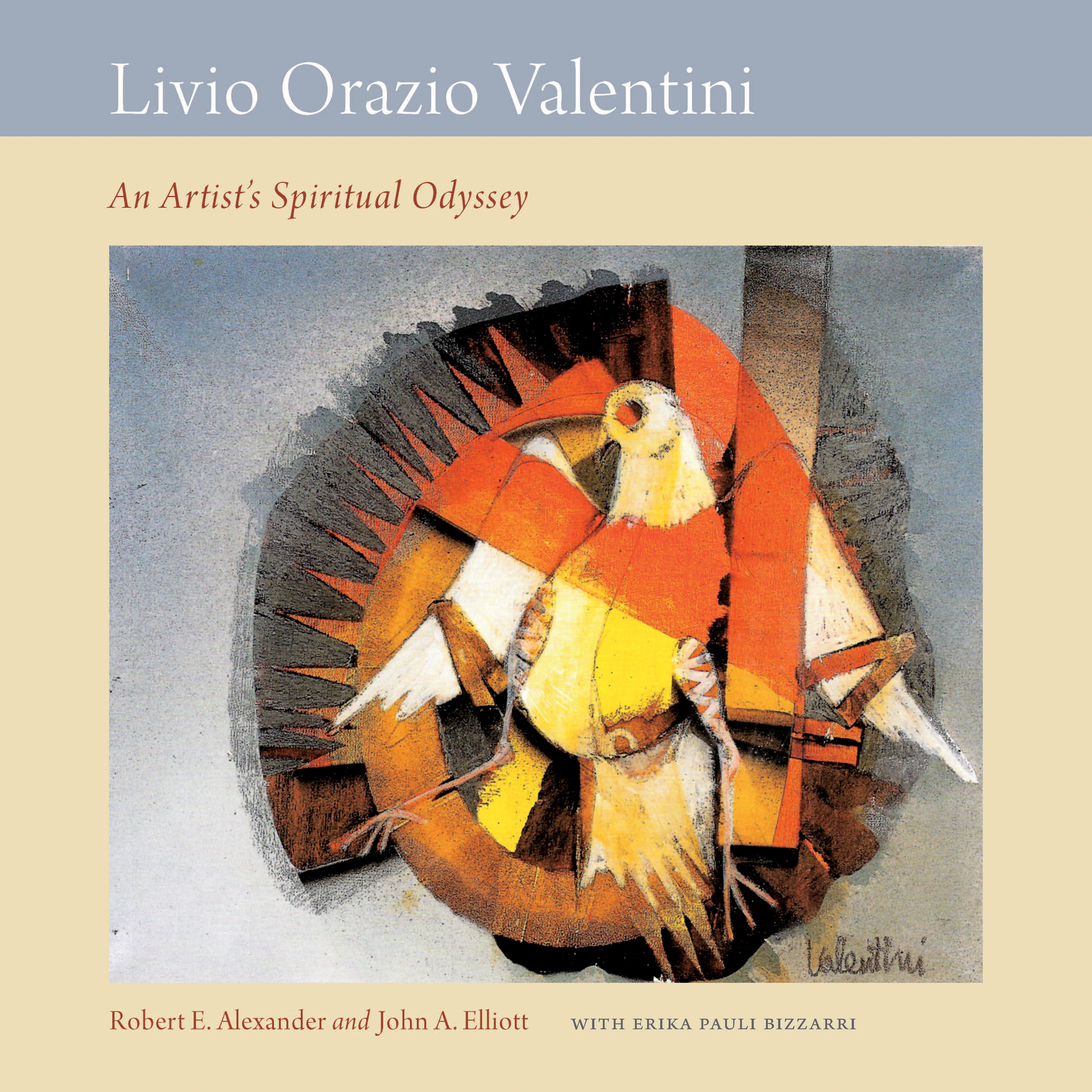 In this illustrated biography of the late Italian artist, Livio Orazio Valentini: An Artist's Spiritual Odyssey, Robert E. Alexander and John A. Elliott celebrate the life and legacy of the renowned painter and sculptor while acknowledging his special relationship with the people of Aiken, South Carolina.

Born to a poor family in 1920, Valentini lived most of his life in Orvieto, Italy. With no money for a formal education, he became a self-taught artist. At the age of twenty, Valentini was called into military service during World War II. After being captured by the Germans, he was confined in Buchenwald and other concentration camps, where he endured two years of physical labor. For Valentini the confinement was life-changing; he experienced a spiritual awakening that became a lifelong odyssey reflected in his art and teaching.

Valentini's art and even his existence centered on his efforts to find freedom. His paintings, charcoal sketches, and sculptures formed from terracotta, forged iron, tile, or stone are often a statement on the human condition, germination and rebirth, and the negativity and violence of humanity. Valentini often spoke about injustice and oppression through the metaphor of a caged bird, explaining how compassion could overcome cruelty and art could bring healing and hope to conquer fear.

While Valentini's art was well known in Italy and other European countries, it was relatively unknown in the United States until the 1990s, when Aiken, South Carolina, and Orvieto, Italy, became linked after a chance meeting between Valentini and a fellow Rotary Club member who was vacationing in Orvieto. The connection blossomed into a multifaceted exchange program for students and citizens that celebrates culture and art, including Valentini's.

Erika Pauli Bizzarri, who offered editorial assistance on this volume, has worked as a research and translation assistant on countless volumes including McGraw Hill's English edition of Encyclopedia of World Art. She taught art history at Gonzaga University in Florence, Italy.


Robert E. Alexander earned a bachelor's degree in political science, a master's of divinity from Duke University, and a doctorate in higher education from the University of South Carolina. He also attended the Management Program at Harvard Business School. Alexander retired from the University of South Carolina Aiken after seventeen years as chancellor and more than thirty-four years as a professor and administrator.

John A. Elliott earned bachelor's and master's degrees in Latin from Indiana State University and a doctorate in humanities from Florida State University. His research has been published in the journal Studi Etruschi. Elliott is a professor emeritus at the University of South Carolina Aiken, having retired after teaching art history for twenty-six years.

Erika Pauli Bizzarri, who offered editorial assistance on this volume, has worked as a research and translation assistant on countless volumes including McGraw Hill's English edition of Encyclopedia of World Art. She taught art history at Gonzaga University in Florence, Italy.

"This much anticipated book, teeming with magnificent color illustrations, pays tribute to one of Italy's prominent modern artists, who transformed wartime suffering into an affirmation of the human spirit. A biography of both an individual and a nation, Alexander and Elliott's work celebrates the bonds of friendship that unite two cultural centers, Orvieto in central Italy and Aiken, South Carolina."—Robert Neuman, Florida State University

"This is a marvelous book about a man, an artist: Livio Orazio Valentini of Orvieto, Italy. It tells of his journey through life, including his time as a prisoner of war during WWII, his own spiritual growth and how his paintings, sculptures, drawings and prints are a reflection of this legacy. As well, it is the story of his special relationship with the community of Aiken, SC and of Livio's appreciation of Luca Signorelli and his fresco cycle in the Orvieto Cathedral, which he adapted into his own works and writings. Written in an approachable, intimate style, this book makes an important contribution to art history and culture by bringing Livio to the world. It is a compelling work of which the authors should be proud."—Katherine McIver, professor emerita of art history

"This splendidly illustrated study mines primary sources and numerous interviews tracing the trajectory of Valentini's odyssey from the cruelty of Buchenwald to the gentility of Aiken, South Carolina. An important contribution to contemporary studies, this book presents not only the artist's biography and legacy but also a triumph of the human spirit."—Debra Murphy, University of North Florida