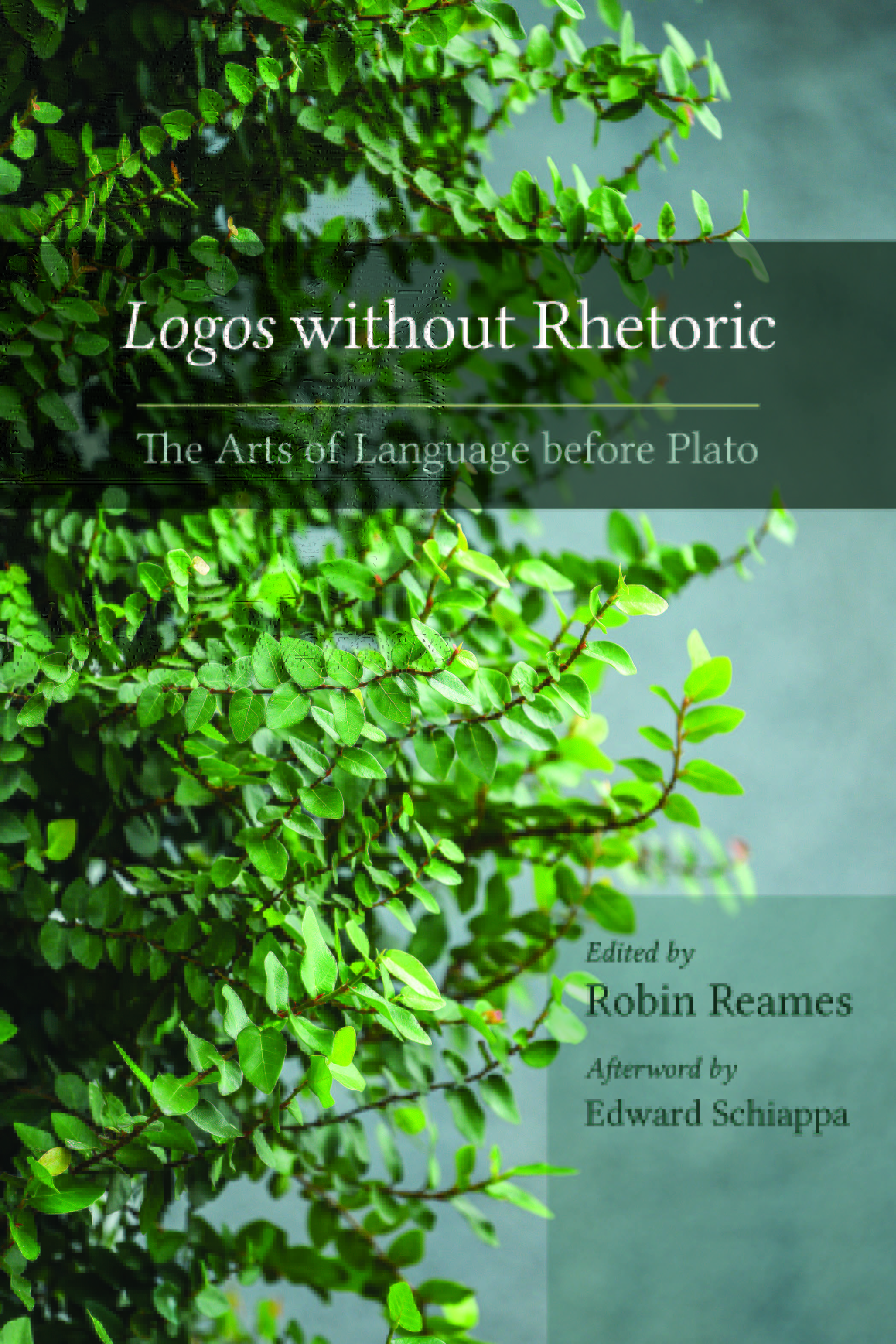 The Arts of Language before Plato

How did rhetoric begin and what was it before it was called "rhetoric"? Must art have a name to be considered art? What is the difference between eloquence and rhetoric? And what were the differences, if any, among poets, philosophers, sophists, and rhetoricians before Plato emphasized—or perhaps invented—their differences? In Logos without Rhetoric: The Arts of Language before Plato, Robin Reames attempts to intervene in these and other questions by examining the status of rhetorical theory in texts that predate Plato's coining of the term rhetoric (c. 380 B.C.E.). From Homer and Hesiod to Parmenides and Heraclitus to Gorgias, Theodorus, and Isocrates, the case studies contained here examine the status of the discipline of rhetoric prior to and therefore in the absence of the influence of Plato and Aristotle's full-fledged development of rhetorical theory in the fourth century B.C.E.

The essays in this volume make a case for a porous boundary between theory and practice and promote skepticism about anachronistic distinctions between myth and reason and between philosophy and rhetoric in the historiography of rhetoric's beginning. The result is an enlarged understanding of the rhetorical content of pre-fourth-century Greek texts.

Edward Schiappa, head of Comparative Media Studies/Writing and the John E. Burchard Professor of Humanities at the Massachusetts Institute of Technology, provides an afterword


Robin Reames is an assistant professor of English at the University of Illinois at Chicago.

"This remarkably well-knit selection of essays highlights the multiplicity of perspectives on the art, practice, and understanding of logos before Plato and Aristotle. Reames revisits key assumptions of definition and historiography, reaching back to a logos resistant to disciplinary descriptions in which the usual dichotomies give way to a nuanced appreciation of ancient Greek thought on language."—Vessela Valiavitcharska, University of Maryland, College Park

"This engaging mélange of well-documented viewpoints offers a valuable treasure-house of ideas about the primordial ancient period before rhetoric began to define itself in Plato and Aristotle."—James J. Murphy, University of California, Davis

"Thrilling. The essays in this volume contradict forcefully the common, but mistaken, belief that accounting for the early history of rhetoric is a completed project. The contributors open up whole new areas of investigation, while displaying rigorous command of their texts and methods."—Robert Sullivan, Ithaca College

"This volume brings to the fore figures too often placed in disciplinary bins considered distinct from or adjacent to rhetoric—philosophy and poetics. Reames's illuminating introduction lays out the field in precise and elegant terms, and the essays perform conceptual spadework necessary to lay bare rhetoric's entangled roots"—Debra Hawhee, Pennsylvania State University

"This collection of studies makes an important step toward a more accurate and meaningful understanding of rhetoric in the years, indeed centuries, before Plato... the collection as a whole should serve as the touchstone for delineating with ever-greater nuance and power both the prehistory and proto-development of the linguistic, educational, and philosophical program we still know today for all its vagaries, imprecisions, and disputes, as rhetoric."—Rhetoric & Public Affairs