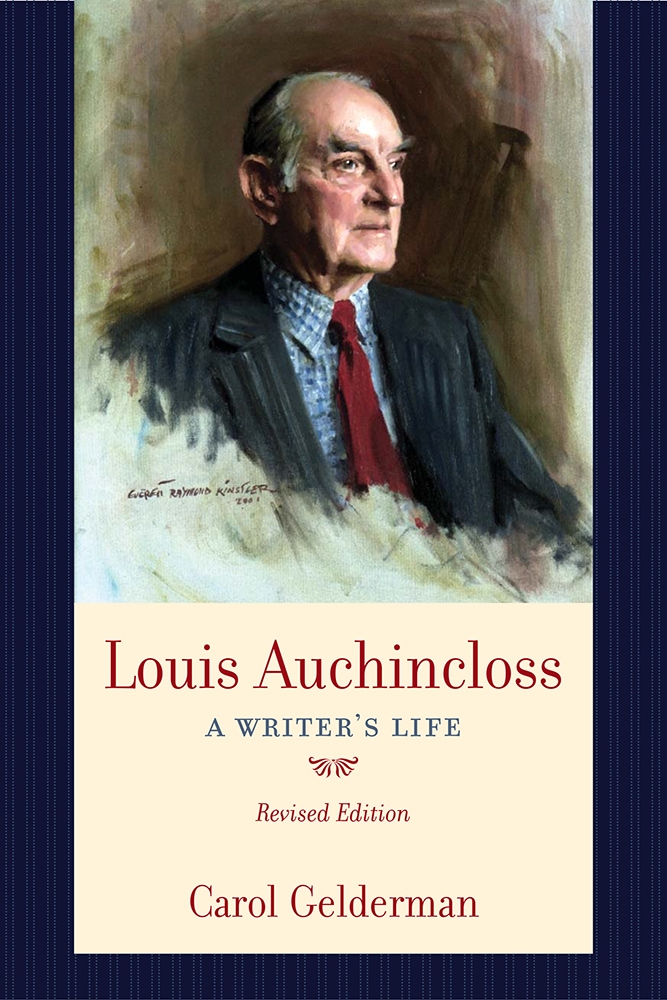 The definitive literary biography of a New York "living landmark"

With more than sixty published novels, short story collections, and works of criticism and history to his credit, Louis Auchincloss is the very definition of prolific. He has garnered widespread acclaim for his unrivaled critical observations of Manhattan circles of wealth and influence, the same elite society in which he moves. In her definitive literary biography of Auchincloss, Carol Gelderman traces the iconic writer from boarding school to his early literary forays at Yale, from law school to naval service in World War II, and then to Wall Street, chronicling his success in both legal and literary careers. Gelderman notes that Auchincloss's greatest personal struggle—and perhaps greatest accomplishment—was to reconcile his competing impulses to follow his father's path to prominence in law and to write the stories of his world.

"Of all our novelists," Gore Vidal has observed, Auchincloss "is the only one who tells us how our rulers behave in their banks and their boardrooms, their law offices and their clubs." Gelderman shows how Auchincloss came to be our preeminent novelist of manners and power in this update to her 1993 biography of the only writer to be named a "living landmark" by the New York Landmarks Conservancy. She offers keen insights into his life, careers, and writings, including his best-selling novels Portrait in Brownstone, The House of Five Talents, and The Rector of Justin as well as the more recent works The Scarlet Letters, East Side Story, and The Young Apollo and Other Stories.


Carol Gelderman is a Distinguished Professor Emeritus of English at the University of New Orleans and the author of eight books, including Henry Ford: The Wayward Capitalist and Mary McCarthy: A Life.

"Well written and well organized, this excellent biography details Auchincloss's . . . success in a dual career. Gelderman does an outstanding job of portraying the inner tension and outside pressures on a man torn between his writing and his law practice."—Library Journal

"The narrative moves swiftly, is full of fascinating people and illuminating anecdotes, and the biographer maintains a fine balance between portraying her subject's social background as a member of the WASP elite and delineating the specific traits of his personality."—Christian Science Monitor